The Met Office is pretty reliable and I rely upon its accurate forecasts all the time, but last night the chronology was not quite correct, with the promised cloudier conditions coming later than expected. Indeed, as I went to bed, the moon shone brightly and the stars were visible - not good mothing conditions at this time of year. By then, I`d already put out two traps in the garden and also three others at woodland edge/rhos sites north of Stradey Woods, Llanelli.
Very early this morning, after turning off the `home traps`, I went out to check my mobile actinics, but the results were disappointing with each holding only c 6 common species apiece.
I was surprised therefore, upon checking my garden traps upon my return, that there was some compensation, with about 12 or so species including my first migrant of the year - a silver y. So, the home traps easily won against those placed out away from home. Some photos of last night`s moths at Pwll are shown below. 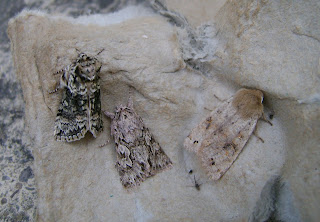 Above: on a night when most of the egg cartons in the trap were empty, I was surprised to see these three (a rather out-of-focus frosted green, an early grey and a twin-spotted quaker) huddled together in one `cup` of the carton. 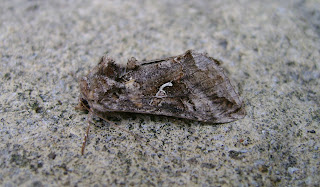 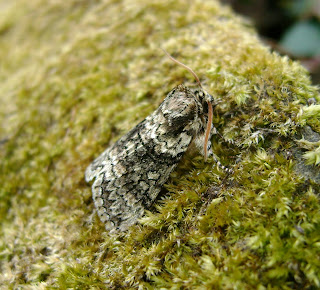 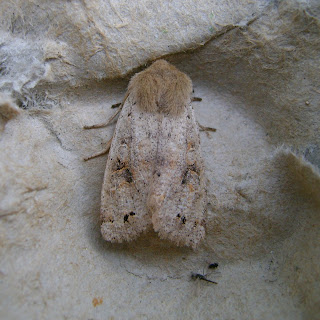 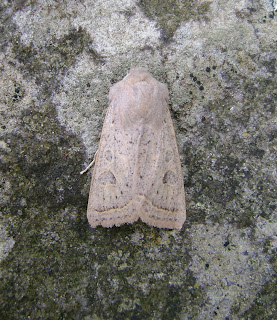 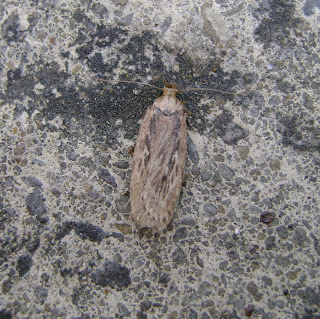