As with Steve Clarke, I had better results last night (13/4), both at home and `away`. My `away` site is almost new for 2016, though I have already trapped there in late March, when I recorded yellow horned among other species. It is a rank, acidic `rhos` site, E of Myrtle Hill on the southern flanks of Mynydd Sylen, with mature oaks, birch and some aspen in the hedgerows. I hope to trap pretty regularly here (and at a nearby rocky slope) this year. 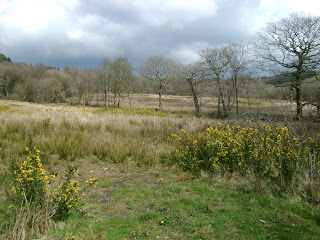 Above: the trap site, showing habitat. 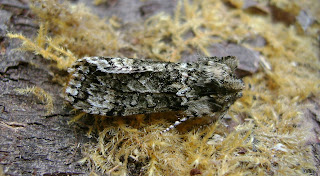 Above: frosted green. I once puzzled, some years ago, over this species, thinking that it was a noctuid and failed to find it in the noctuid section of my i/d book. However, it`s in the same (non-noctuid) family as the yellow horned, lutestrings and buff arches etc. 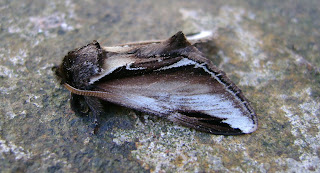 Above: lesser swallow prominent, a birch feeder (as a caterpillar). 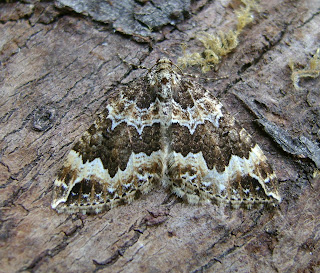 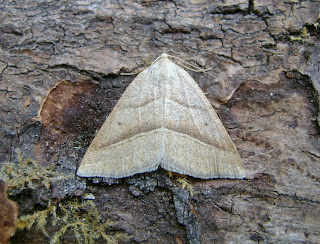 Above: a fresh FFY for a very common moth - brown silver line.

At my Pwll home traps, there was also equal variety, though many were `repeats` of recent captures. Streamers were in good quantity, with six caught. I also have a handful of micros to look at in due course.
Posted by Ian Morgan