I again put out two traps ( 1x MV, 1 x actinic) at my Tyrwaun, Pwll garden last night (19/3) but the moth numbers, as well as variety, were down on Friday night. I also had two mains actinics at two separate suburban Llanelli gardens but there were no nice surprises, though some useful records of early species were made.
At my garden traps an early moth and a early tooth-striped (or possibly mottled grey) were FFYs. I`m unsure whether the first photo is a rather early tooth-striped...please advise. 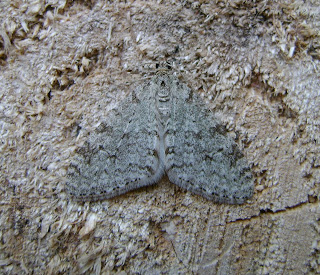 Above: believed to be an early tooth-striped. 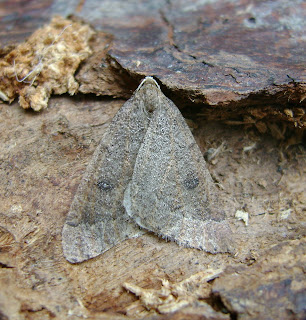 Above: early moth.
Postscript: I`ve been staring too long at the first photo (and equivalent photos/illustrations) and I`ve got myself thoroughly confused. If I stare at it any longer, I`ll `make it` (you know what I mean) into a swallowtail moth or something daft. My current view is that it is an early tooth-striped rather than a mottled grey. Any common sense i/d advice will be welcomed. Sam has advised me to check the hind-wing re size/colouration etc - this I`ll do later today and report back......I have now checked, and the hind-wings more closely resembles those of early tooth-striped.
And, if anyone can advise, what about the micro below please - is it Depressaria radiella? Thanks. 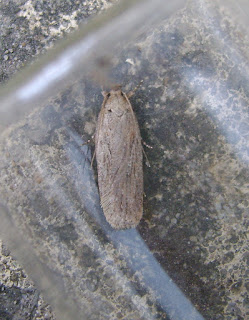