Perhaps it was still a bit on the cold side last night (11/3/16), but there were six species in the Pwll garden actinic - common quaker, Hebrew character (2), red chestnut, March moth (2), clouded drab (3) and dotted border. The weather looks more favourable tonight - cloudy and warmer. 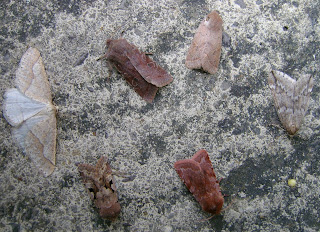 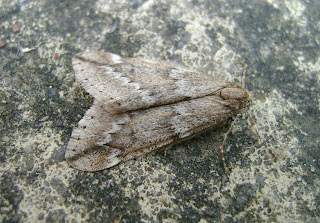 Above: one of the March moths.

Postscript: whilst getting the actinic ready to put out again tonight, I noticed this oak beauty (see below, with a damaged wing) sitting on the outside of the trap - somehow I missed it when rushing this morning - so a total of seven, rather than six, species. 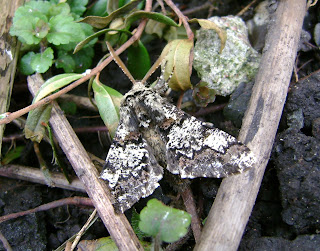