A windy but not unproductive night...

As the forecast was for persistent southerly winds last night (25/3), I put out two traps in my Pwll garden (MV and an actinic). The moth numbers were fairly reasonable (eg 8 twin-spotted quakers and 11 clouded drabs) but no early migrants were caught. Otherwise, it was the usual late March cast of moths - the same species as have been caught of late, though with a personal FFY early thorn. More noteworthy perhaps was the total of four yellow horneds, the most ( I think) that I`ve recorded in one night. Large areas of the larval food-plant (birch) are to be found near my garden.
No micro-moths were caught - probably the wind deterred them. 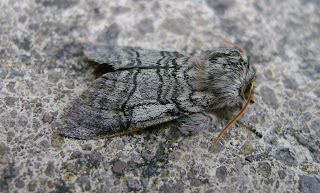 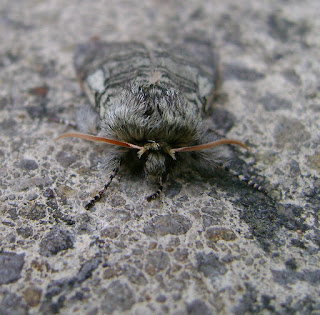 Above: one of the yellow horned moths caught, showing its yellow `horns`. 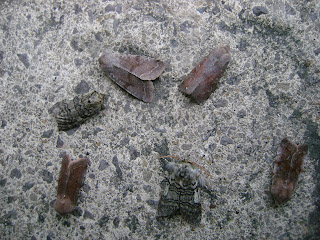 Above: two of the yellow horned moths keeping company with several clouded drabs. Note that the topmost clouded drabs are superficially similar to lead-coloured drabs, but the wing tip is more `pointed` with the clouded drabs as is here. I have a good i/d guide to separating the two species - if anyone wants a copy, email me.