Encouraged by the latest Atropos editorial ('the capture of very rare immigrant moths on nights of bad weather') I decided to set the MV trap last night, albeit in the greenhouse, where it has previously attracted numerous moths in spring and early summer. 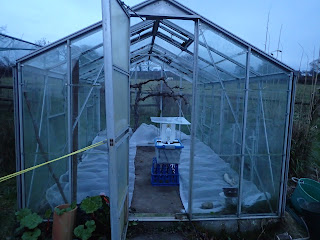 I switched the light on at 5pm, along with the porch light, and checked both every half hour or so, but although plenty of flies were on the wing I didn't see a single moth, and switched the lights off before retiring at 11pm.  There were no moths in the trap this morning.  In fact the only lepidopterous insect I have seen today was a Drinker Moth caterpillar which was on the crate beneath the trap this morning. 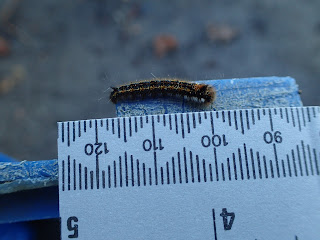