Something to look out for in Carms

I'm sorry to post Monmouthshire sightings here, but I'm still a Carms moth'er at heart and it's useful to give people a heads-up for expanding species.  As far as I can see, the mines of Stigmella aceris that I spotted on a Norway Maple on my way from the NRW Monmouth office to Lidl are the first Welsh records.  This species has spread rapidly north-westwards through Britain and has been in Gloucestershire for a few years.  There's a Phyllonorycter tentiform miner on Norway Maple that is already known from Carms, plus an Ectoedemia that mines the 'keys' and which is present in VC35. 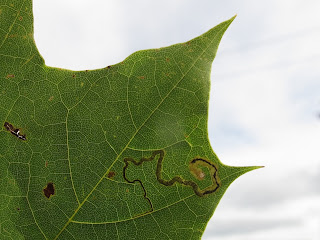 The last time I trapped was in the Dingestow garden on Saturday night.  150+ individuals of 21 species was a good haul for autumn, and they included a couple of gorgeous Barred Sallow ﻿(not yet known from Carms) and a very well-marked Pearly Underwing.  An attempted Ivy check a couple of nights later was unproductive, but there were a few nice moths on Blackberries. 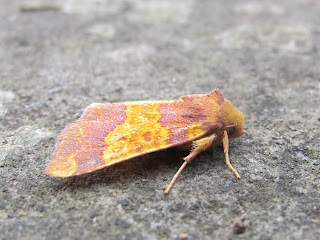 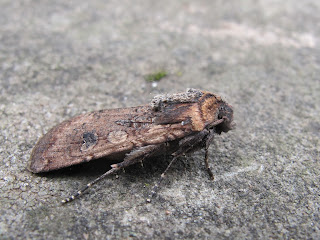