Some not very recent sightings from Ffos Las and other places

I am finally back in the land of the moth and butterfly bloggers after the irreparable demise of my computer followed by serious illness in the family taking all my spare time.  I now have a new computer (ouch) and fortunately don't have to send quite as much time looking after the family so can go on longer walks again. (I have just found out the hard way that blogger does not recognise the new Windows 10 browser, so have had to download google chrome before I could add the photos!) 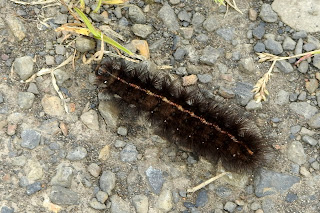 Is this a clouded buff caterpillar? Identified as white ermine by George, Thanks.  I first saw one on 29th Aug and have seen several others over the following few days in the open areas of Ffos Las where there is mixed vegetation. Photo 2.9.15 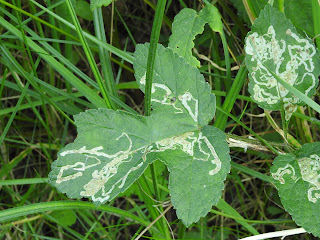 Some well mined hogweed leaves, 8.9.15 Identified as made by flies by George 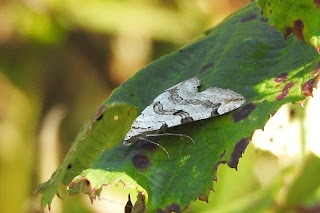 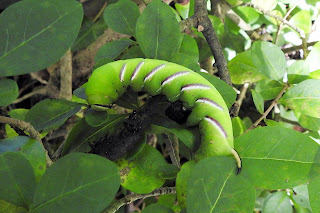 A very plump privet hawk moth caterpillar found on the track near my home in Trimsaran on 6th Oct which I removed from harm's way and placed on the nearby privet. 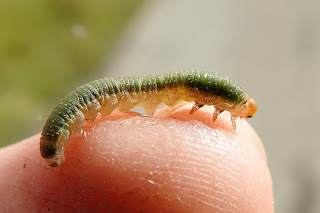 Does anyone know what this caterpillar is?  I found it on my trousers towards the end of the walk and have no idea how long it had been hitching a free ride, so have no idea of the vegetation where it came from. Photo 6.10.15 Identified as a sawfly larva by George. 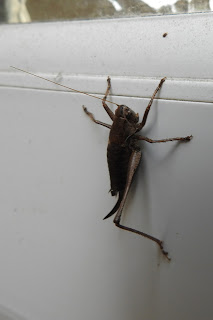 This 5-legged cricket was on the inside of my scullery door yesterday.  It is 22 mm long from head to tip of abdomen, and 28 mm from head to end of ovipositor. I have never seen one as large as this before and didn't know whether to evict or photograph it - I chose the latter! 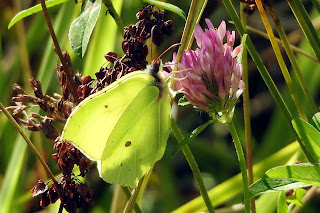