Last night was the first of what is forecast to be a succession of cool, clear nights, not good for trapping, but two actinic traps were put out here 'just in case'.  A meagre 18 moths of 10 species were recorded, but not without interest insofar as they included two FFYs, Brown-spot Pinion and Brindled Green: 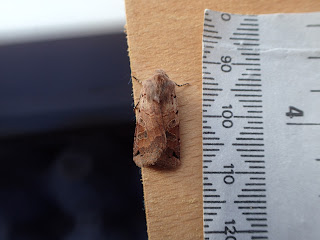 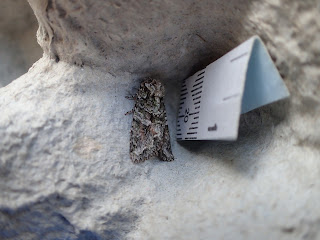 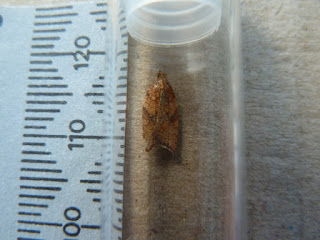 There aren't many micros in evidence here, although I have seen several Agonopterix heracliana on the wall below the porch light and Nettle-tap Moths are still flying in the garden when the sun is shining.
Posted by Chris Handoll