More of the Same

Trapping on Monday and Tuesday nights this week have yielded little of interest.  Both sessions have been plagued by hoards of Large yellow Underwings, and once again the trap was invaded by a LYU predator, probably a bat, but on this occasion it managed to exit the trap because when I attended the trap at 5.30am there was no sign of it, only its droppings.  Does anyone else have this problem?

Two micros are of interest, the first from the trap on Tuesday night: 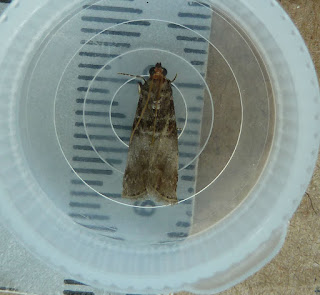 I thought Acrobasis advenella, but both the reddish-brown colouration and the central black dots seem to be absent, it's a Christian Grey moth.  can anyone suggest an alternative?

This one turned up in my tool shed this morning.  There were two of them but one got away; not necessarily the same species, but they were fluttering around together.  I shall keep a look out for the other. 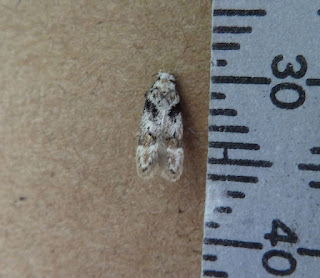 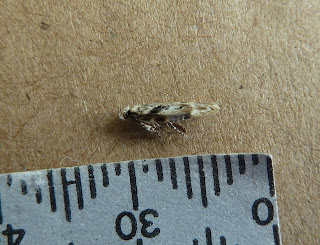 I suspect that this is a Gelechid of the genus Caryocolum, probably C.blandella, but C.blandulella is very similar judging from the photos in Chris Manley, who mentions Carmarthen as one of two sources of the latter species, albeit on sand dunes which we don't have hereabouts!  The photo of blandulella is attributed to Jon, so I suspect that he might know!
Posted by Chris Handoll