The MV trap in the alder grove alongside a small stream attracted 167 moths of 44 species last night, including seven FFYs. These were the Honeysuckle Moth (Ypsolopha dentella) and Garden Rose Tortrix (Acleris variegana) representing the micros, while the larger FFYs were Tawny Speckled Pug, Ruby Tiger and Dun-bar, along with the rather more noteworthy species shown below: 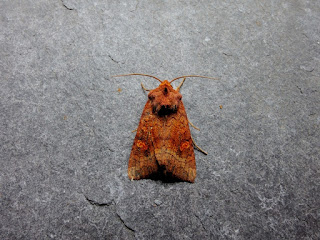 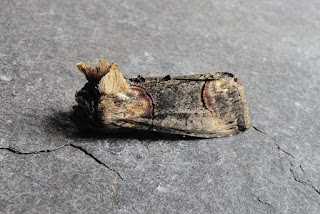 and not too surprising when you note the habitat; 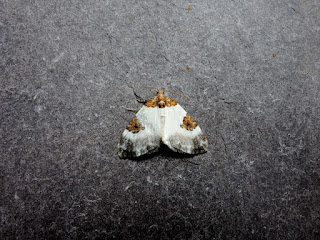