A Night With No Rain!

But it did get rather cold, so we didn't get huge numbers at the Cwmllwyd MV trap last night. However, 93 moths of 33 species put in an appearance and among these were six FFYs including one common micro that I've not seen before. So a worthwhile result, in my opinion. The FFYs were Scalloped Oak, Chevron, Clay, Rosy Rustic, Pinion-streaked Snout and Eucosma cana. Most numerous species were Six-striped Rustic x 18, Smoky Wainscot x 10 and Antler x 8. One Devon Carpet attended. 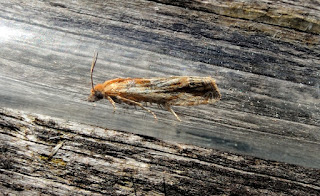 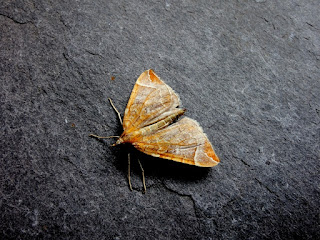 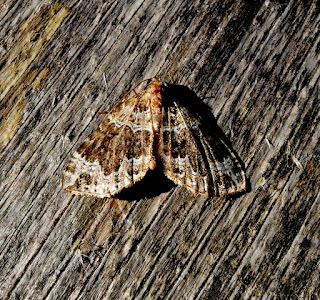