Our telephone and broadband service has been out of action since 23rd July until 13.00 today (28th), so I apologise for this late report.

Due to the likelihood of heavy rain by dawn, I set up the MV trap in the Dutch barn on the evening of 25th July - but in fact the rain stayed away until well after first light on Sunday morning. Despite all the clutter in the barn, the position was reasonably successful, with 101 moths of 44 species recorded, including 11 FFY. These were mostly common species of annual occurrence, but they included three micros which were firsts for the site and for me - I would be most grateful if someone could confirm, or correct my ID on these: 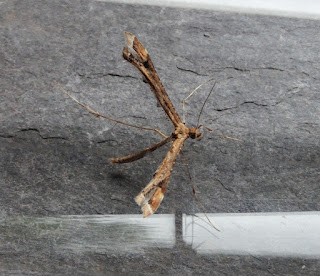 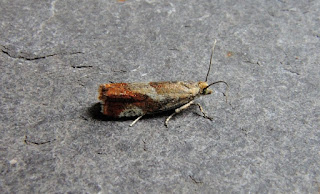 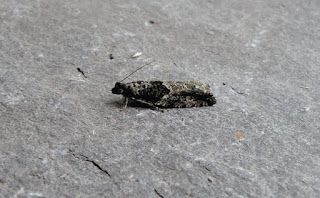 Moth of the night for me, a target species for Cwmllwyd having been seen here only three times since 2000, was Oak Eggar. They're not here sufficiently frequently to suggest a breeding colony, so I believe that they may come down from the heather and bilberry up on the mountain - we get a range of strays from up there throughout the year. A huge moth, this female was 40mm overall length. Delighted with that one! 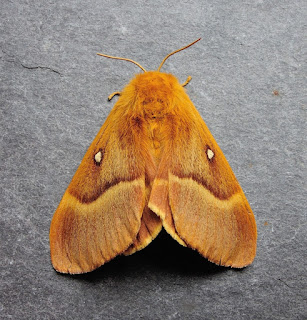