'Striking whilst the iron's hot' is all very well, Ian, but some of us have other irons in the fire and I can't afford to spend another day sorting through another multitude of moths, at least not for a day or two.  In any case, it's pouring with rain here!  Last night was very worthwhile though, with three new records for the homestead in Small Elephant hawk,  Red-necked Footman and Beautiful Snout, also Four-dotted Footman and Green Silver-lines, neither of which I've seen for some time.  Amongst the micros was one which looks much the same as Ian's Eucosma hohenwartiana, pictures posted for confirmation if you happen to see this blog, George. 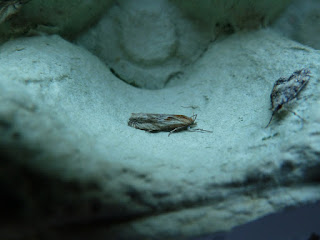 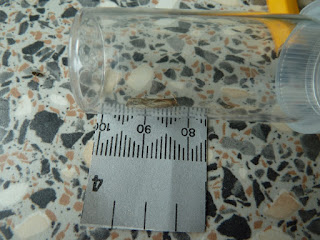 Finally a very interesting-looking insect which I assume is a Caddis, but if so it's unusual in being black with distinctive white markings.  I've no information on Caddis Flies, but if anyone has perhaps they would be kind enough to look this one up. 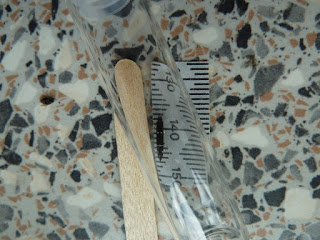 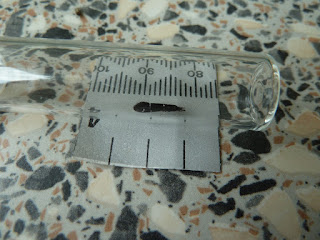