Here are 4 microscope photographs of my potential Dichrorampha sylvicolana swept from Achillea ptarmica at Median Farm (near Cross Hands, Carmarthenshire) on 17th July 2015.  There are extensive orange scales in the apical part of the wing, but the dorsal blotch seems fainter than the texts I can find suggest (perhaps because this is female rather than male?).  The female genitalia look similar to the illustration in MBGBI but the text just says "see illustration" rather than explaining what the distinguishing features are, and several other Dichrorampha genitalia look superficially similar.

Any help from experts would be appreciated: this would be a new species for Wales if confirmed (although it looks identical to a colony I found in VC35 about 15 years ago). 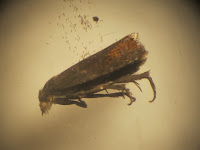 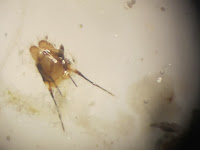 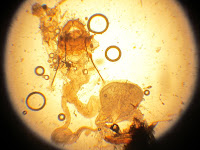 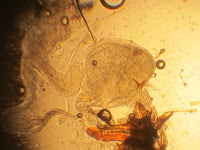