A warm night at Cnwc

It was balmy warm with a light southerly breeze last night, so I stayed up with the MV until 00:15 hoping for an exciting migrant.  A Turnip (photo), 3 Silver Y and a Rusty-dot Pearl were not as good as I'd hoped for!  Maybe I should have left the trap running until dawn instead, or maybe Barry and Ian intercepted all the migrants further SE in the county.  George has pointed out that my Turnip looks more like Heart & Club because its wings don't look particularly long & narrow.  I'm now feeling rather uncertain, though it did look long-winged when I examined it this morning and the photo angle may make it look odd.  Heart & Club would be new for Cnwc, but a wanderer from the south of the county would be quite plausible.  Any thoughts from others would be welcome! 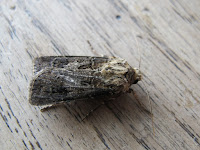 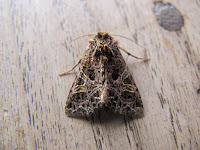 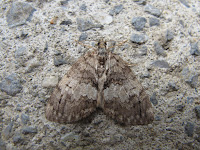 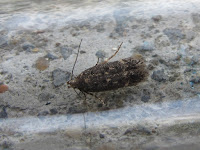 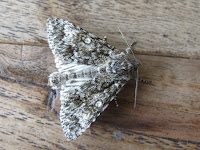