I had an ﻿awful feeling that I had missed the 2015 Bordered Straw influx because I was in Snowdonia for last week's best nights.  With the winds back in the south and good cloud cover I ran my MV last night, getting up at 05:15 and sorting through a great many moths.  By 06:15 I had worked through the entire trap and found no Bordered Straw, although the supporting cast was pretty good.  I checked the surrounding grass, still nothing, and then packed the trap up.  One last scan of the grass, and there was a Bordered Straw!  Our neighbours must have been baffled by my jumping around and punching the air at 06:20!!  The moral of the story is to keep persisting (and you'll make your own luck). 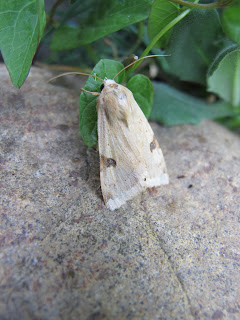 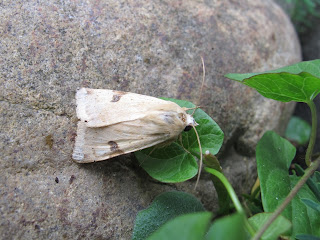 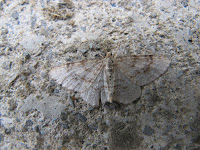 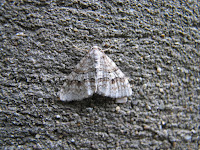 This presumed very poorly-marked, muddy-coloured Riband Wave had me wondering about Plain Wave, but there's an incurved edge to the (faint) outer line so I guess it's just an odd Riband. 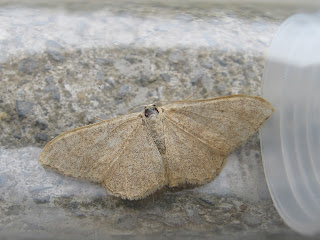 There are 20 previous records of Bordered Straw from Carmarthenshire (plus records this year from Ian, George and Steve), with half of those coming from the big influx of 2006.  Looking back at the records, I'm wondering why I didn't spot Colin's records from 2012 and 2013 previously - they have been checked and were data input errors for Barred Straw (WWBIC and NMRS have corrected them too). 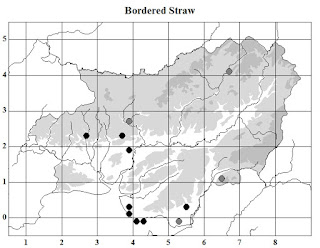 Proof that I'm not digging up my 2006 photos of this species from another VC!  Our barn and neighbour's house in the background. 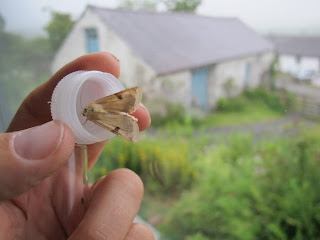