The night was cooler than expected and only 20 species were found at the MV trap in the alder grove at Cwmllwyd this morning. FFY were Common Swift (8 of these (edit: these turned out to be Map-winged Swift, which are more frequent up here and had already been seen this year)), Ingrailed Clay, Coronet and Small Dotted Buff. A  Devon Carpet was also seen and earlier, during the heat of the day, there was a good display by several Nemophora dereegella. 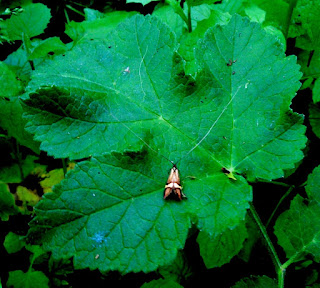 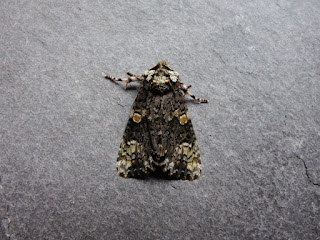 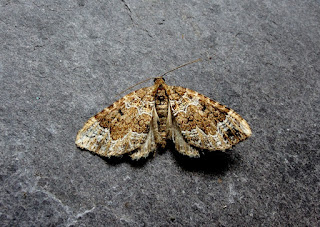 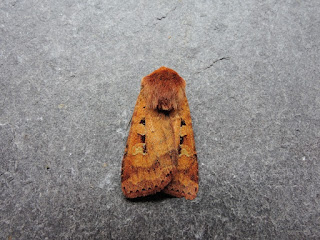 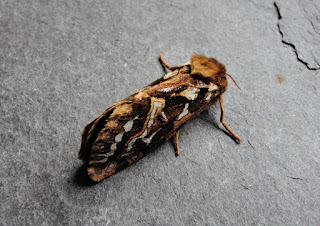 Map-winged Swift (they were not all as well marked as this)!
Posted by Steve Clarke