The damsels and dragons are starting to appear in larger numbers now that the weather is warming up at last. 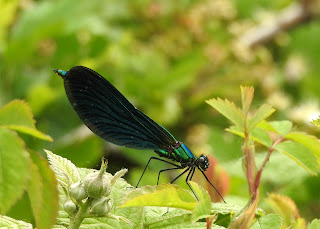 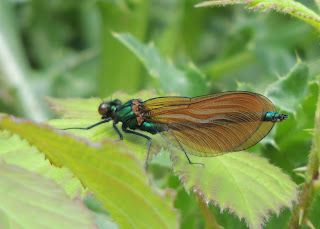 Male and female beautiful demoiselles are the first Odonata I see each year, appearing from early May. 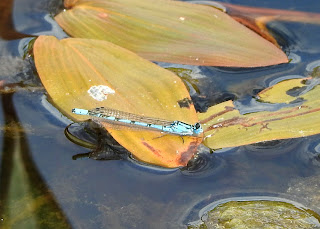 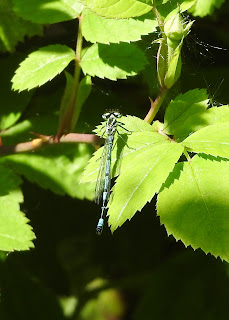 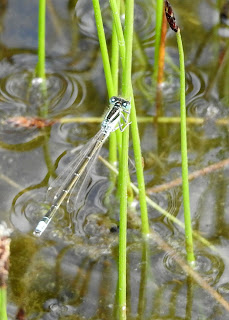 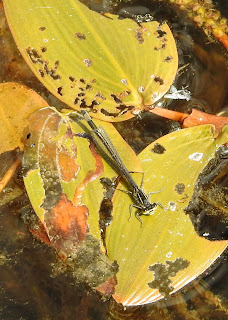 A teneral (juvenile) blue-tailed damselfly yet to develop the mature colouration, but it can be seen that the penultimate abdominal segment will become blue. 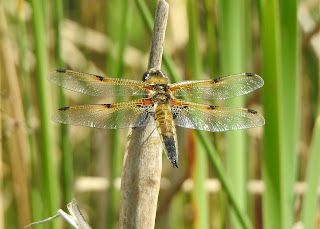 4-spot chasers are now whizzing around the ponds area, pausing for brief moments on the vegetation. I saw my first emperor dragonfly on Thursday, but no hope of photographing it as it showed no sign of landing in the half hour I was watching.
Posted by Maggie James