Second part of my catch on Thursday night, the mv placed looking out to the beach.  48 macro's best for me was Eyed Hawk-moth.  I've never caught one before, nearly missed it as it was tucked under a window ledge.  I have still lots of micro photo's to go through and like Ian I have work and things to do that get in the way of more important stuff, like moth-ing :-)   I think I have i/d most of the macro's but there is one I'll put a photo of for help with.
The micro's I'll post again as there are too many to blog about, but there may be something good in that little lot.  After the sparse amount I have caught previously it's nice to have lots in the trap.
In the first five minutes I don't know where to start on going to a full trap, but hours later and lots of tea I make headway.  Long may the weather last..... 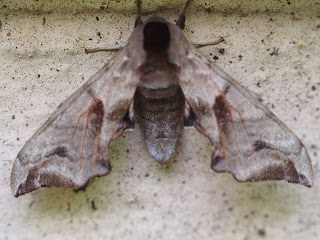 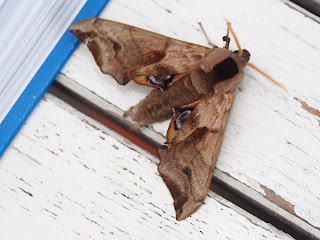 Could this be a Small Square Spot as I had a few and it's the same size & shape? 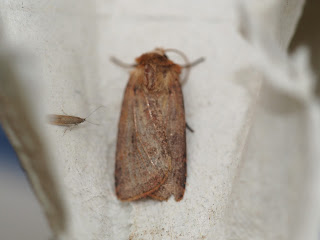 Is this Ingrailed Clay? There was only this one in the trap. 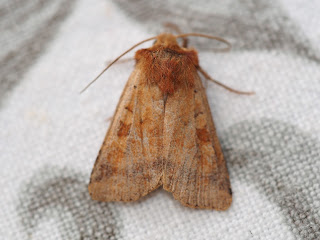