I did trap on the 4th June as having the heads up from Ian & Sam, I had trapped the night before at home so decided to trap at my other site in the hope of a migrant, I did get one a Rush Veneer.  Numbers at last are up but it was a bit disconcerting to have so many moths to go through.  About five cups of tea and four hours later (I'm sure everyone else is faster) I managed to get most identified, I brought home over a dozen pots with micro's in which I still need to i/d from photo's. I put out the two traps and I'll post the actinic first and the mv results at a later post.
Actinic had 25 species with 10 Pale Tussock all outside the trap and bushes. A ladybird, and 4 Micro's all below for confirmation. Two really nice Small Elephant Hawk-moth which I haven't caught in years.
This one I don't know, help please. 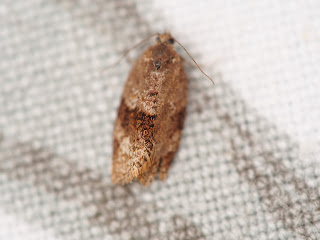 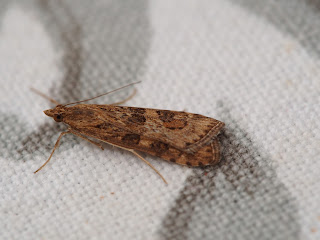 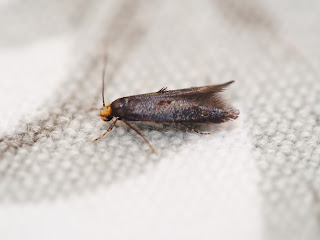 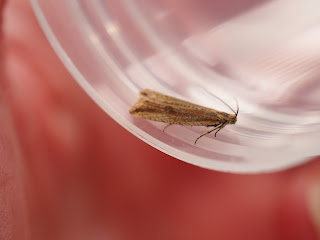 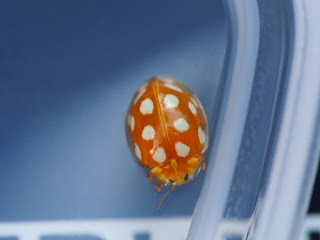 Help as always needed, many thanks.