Here are some of my recent sightings of butterflies and moths on Ffos Las.  Following the discussions of a couple of weeks ago about burnet moths with various numbers of spots and their larvae, I haven't managed to photograph a caterpillar, but now these larval cocoons are appearing all over the place which I can only assume are mainly the 5-spot burnet moth as these occur in large numbers here: 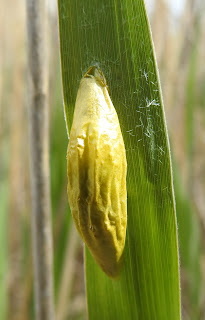 I am seeing a cinnabar moth or two on most walks now.  This one was obliging enough to sit with wings outstretched for long enough for me to photograph it instead of hiding behind leaves as they usually do! 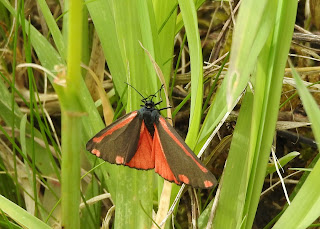 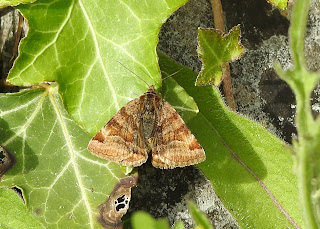 I am also seeing more burnet companion moths.  Last year I was seeing them alongside the dingy skippers, but this year they are appearing as numbers of dingy skippers are declining from a peak of 37 on Sat 23 May to just 2 on Thurs 4th June. 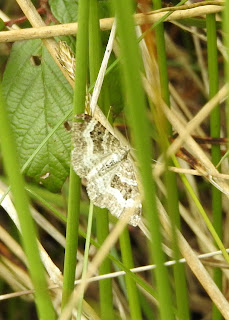 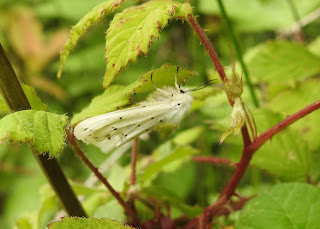 This white moth seen on Thurs has me puzzled as according to the pictures in my reference books (including Chris Manley's) it has a hairy thorax like the muslin moth, but spots more like the spindle ermine.  However it has black antennae like the muslin moth.  Are either of these right or am I totally wrong? 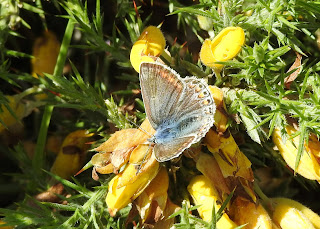 I saw my first female common blue on 30th May, but it was such a battered specimen that I didn't want to post its picture.  This female was seen on 2nd June.  I am seeing many more males than females; 71 male and only 2 female common blue on Thursday.  There must be many frustrated males and some very harassed females!! Is this difference in number of the genders usual? 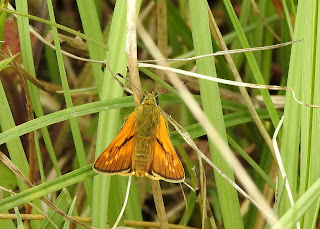 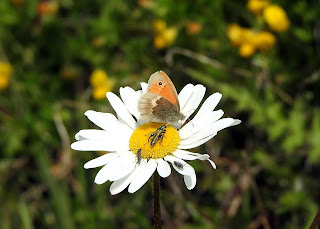 Harmony at the meal table with a small heath sharing the oxeye daisy with Oedemera nobilis and, comparing with Ian's blog photo of 1st June, what I think is O. lurida
Posted by Maggie James