In the event there were only a few drops of rain in the early hours of yesterday morning, but the MV trap remained dry in the greenhouse along with an interesting selection of moths, nothing spectacular, but three species of Pug (I'll post some photos of these once I've been through them) and several notable micros including two Longhorns, the first I've ever had in a trap, a Bee Moth, a Plume, Pseudoswammerdamia combinella, and two pretty Tortricids which I believe are Eulia ministrana and Notocelia cynosbatella: 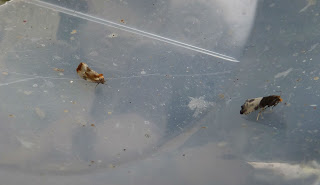 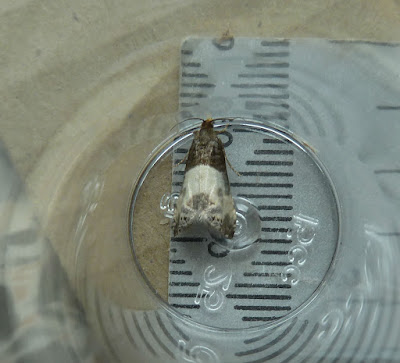 Like Ian, I can add Figure of Eighty to my list, a first for me (nice to have the 'Common' Lutestring though Steve, I haven't seen one since my first year of trapping here % years ago).  Other macros worthy of mention were a very nice May Highflier, a couple of Barred Umbers and a Small Seraphim. 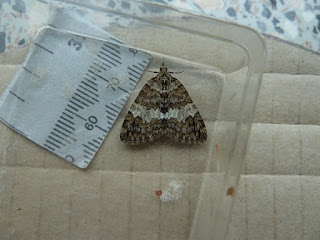 
From their size and colour I think that the Longhorns must be Nematopogon schwaziellus.  This is one of them; the antennae are 16mm long, twice the length of the forewing: 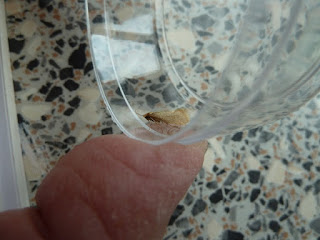 Perhaps someone could help me with the identity of the Plume, forewing length 12mm.  I haven't been able to match it satisfactorily with any of the illustrations available. Second photo added on 14 June, hopefully showing a clearer view of the forewing shape etc. 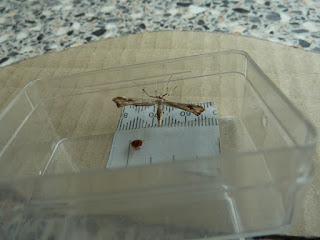 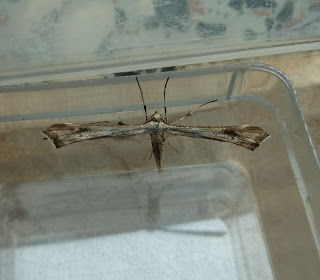