Catching up with the moth blog: part 2 - night-time trapping on Thurs 4/6

Although I cannot compete with the technology - or the results - of `Barry and the Beast` (see his recent blog regarding last Thursday at NBGW), some good finds were made. Another reason for the delay in this posting (apart from being really tired and busy) was that I, like Melanie with her efforts at Llansteffan, had to take some time going through quite a lot of micro-moths and I`m not as fast (or as competent) as some of the experts who contribute to and help out with this blog...as always, please correct any of my errors!
I put out six traps - an MV and an actinic at home and the four other actinics (mere wimps compared to Barry`s powerful `beast` of a trap) at `away-from-home locations. Like the others who trapped last Thursday night, I had good numbers in the traps - `plenty after the famine`.

A trap overlooking Cwmbach hamlet in Stradey Woods, Llanelli provided me with a pyralid that I had n`t seen before - Pyla fusca, a local and infrequently seen species. 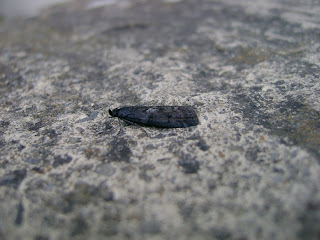 Another micro in this trap was Epinotia bilunana, an attractive tortricid, but the beauty title went to this beautiful snout, a species (associated with bilberry) that I`ve also flushed by day in the past. 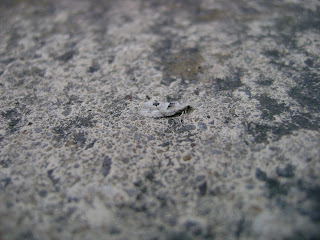 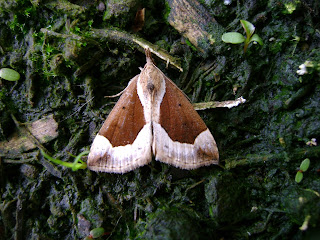 The trap that I positioned below a semi-mature Scot`s pine (my planting back in 1980!), in my late parents` garden on the western outskirts of Llanelli, also provided some interest among the commoner moths - the tortricid Rhyacionia pinicolana. Diamond-back moths provided the sole migratory interest in this trap. 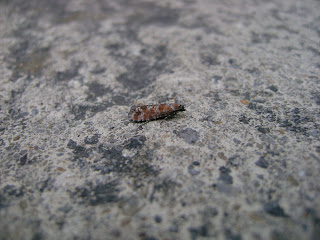 Above: one of several Rhyacionia pinicolana caught in the trap.

The actinic left at a richly-vegetated brownfield site was dominated by two species - common swifts, in some numbers and, likewise, the micro Metzneria metzneriella. 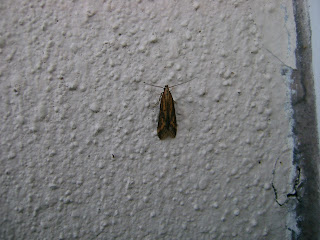 An actinic was also left out overnight on the dunes at North Dock, Llanelli (being positioned out late, at 10.30pm,and collected at 4.30am to avoid human interference!). Sand darts were an expected catch here but the tortricid shown below may be of interest - George has det. it as Gynnidomorpha vectisana, a species which feeds on sea arrow-grass (which is frequent at this site). The Burry Inlet is said to be a stronghold for this moth, according to the ever-useful Moths of Glamorgan (2014). 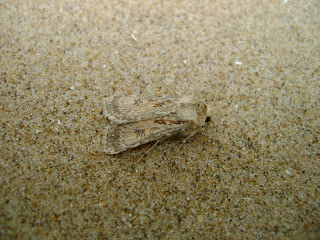 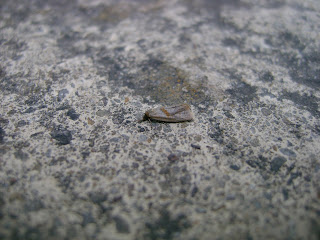 Last but not least, the two `home traps` at Tyrwaun, Pwll also were profitable, with privet hawk-moth, alder kitten, dingy shell among the macros. 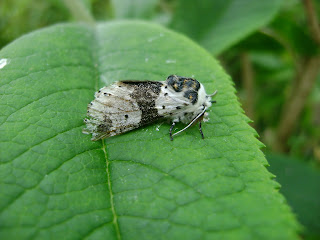 Above: a rather scruffy alder kitten `after a night out in the bright lights`.
Quite a few common micros were also caught, including Gracillana syringella and Tinea trinotella (shown below - `click on pic!`) and an Incurvaria. 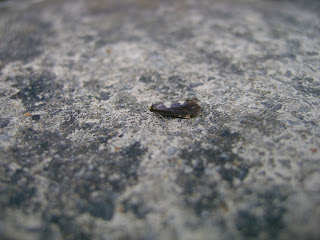 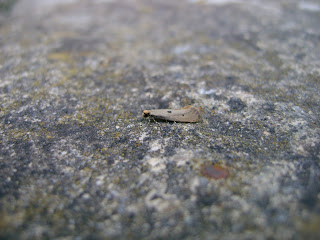 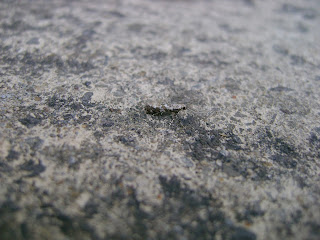 Above: Gracillania syringella.
The above is just the briefest of summaries on what was probably the best night so far in 2015 - a nice variety of moths even if migrants were confined to diamond-back moths at two traps and a rusty-dot pearl at one.