I set up the MV trap at Cwmllwyd last night and then took the little actinic onto the mountain for a couple of hours in the ravine of Nant Oesglyn. As soon as I arrived, I guessed that trapping would be difficult: there was a surprisingly stiff breeze blowing, although this was a little less powerful deep in the ravine. Highlights were 3 x Dark Brocade - indeed, almost nothing else was caught, so I packed up shortly after midnight and got home at about one o'clock. 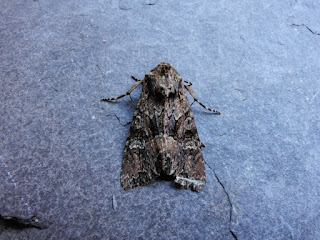 Dark Brocade (wing damaged, probably by me while transferring it from the net to a pot).

Overslept, getting up shortly after 05:00 to find 42 species in and around the MV trap, including 21 FFY. Highlights for me were: Campion and Poplar Grey (singles of each), Oblique Carpet x 6 and a Dagger while among the more common species were a female Map-winged Swift, Broken-barred Carpet x 3, a Scorched Wing and Pale Tussock x 3. 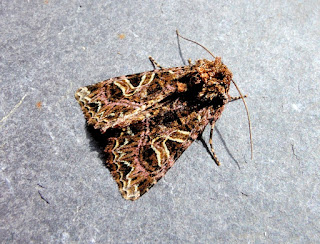 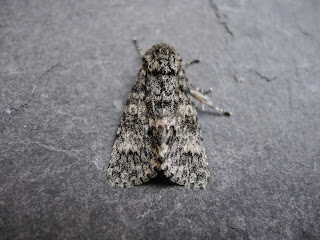 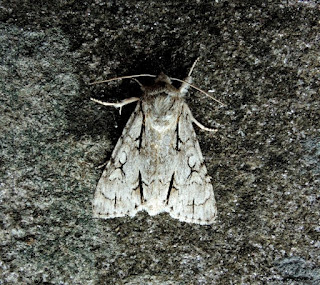 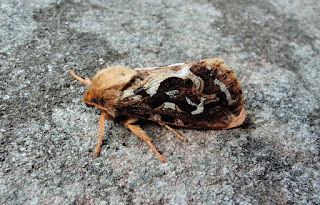 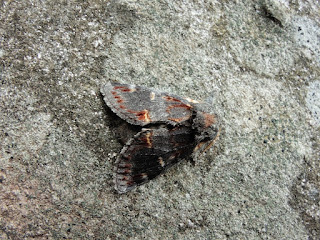 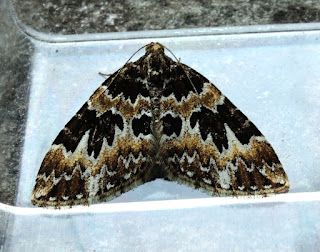 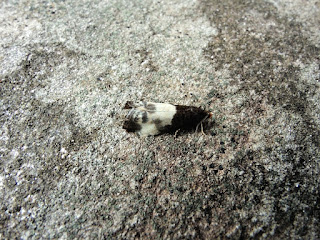