Some creatures small or young

I've seen my first micro moth of the year on Ffos Las which I think is probably a Cydia ulicentana. 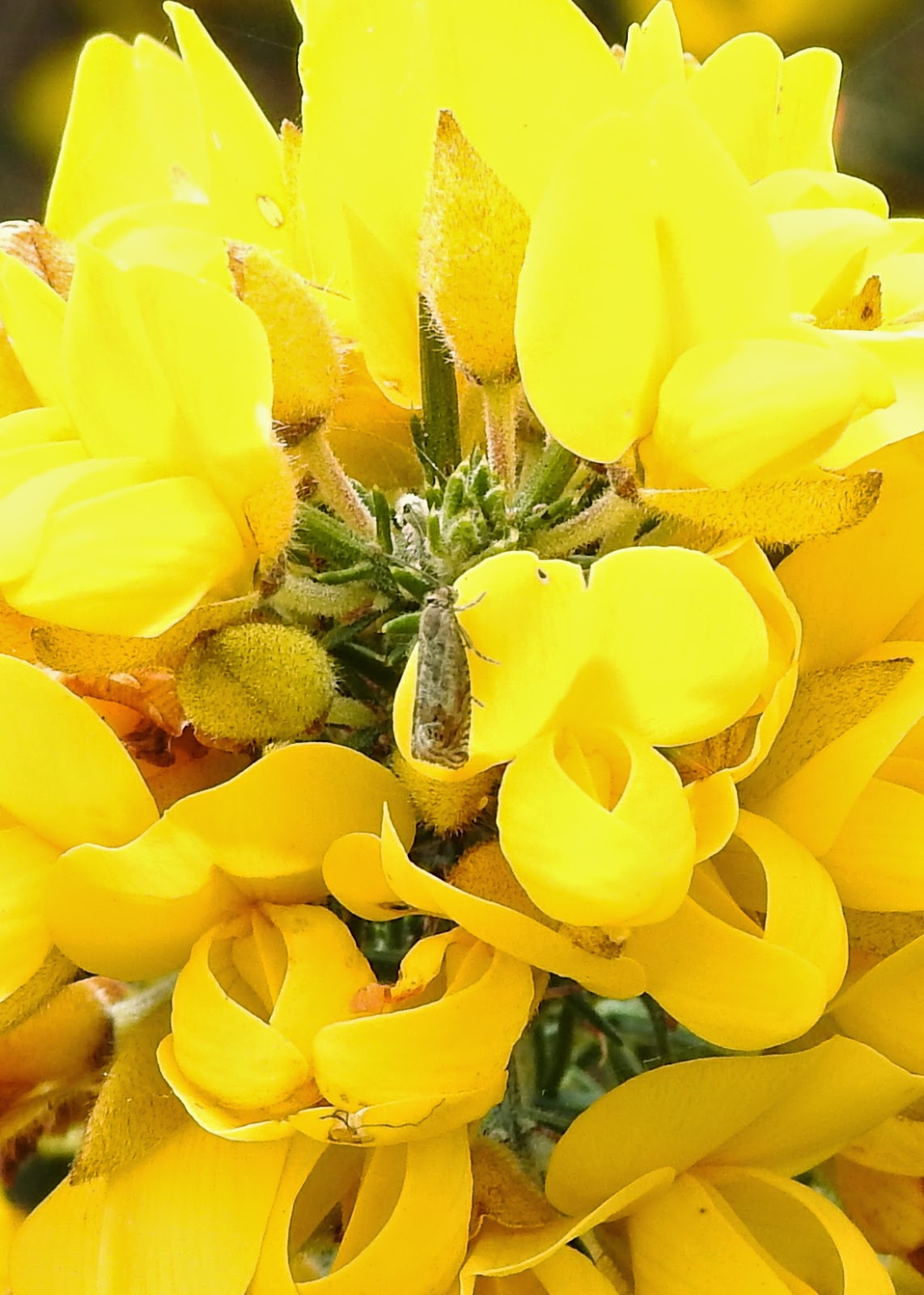 Having read Ian Morgan's blog of Mon 27th April, I've learnt that these are common on gorse (as mine was with 3 others) but neither of my moth identification books have this moth illustrated so I used his naming to look on the internet for identification.  I am very new to moths so please forgive posting of what is probably very common for the rest of you. 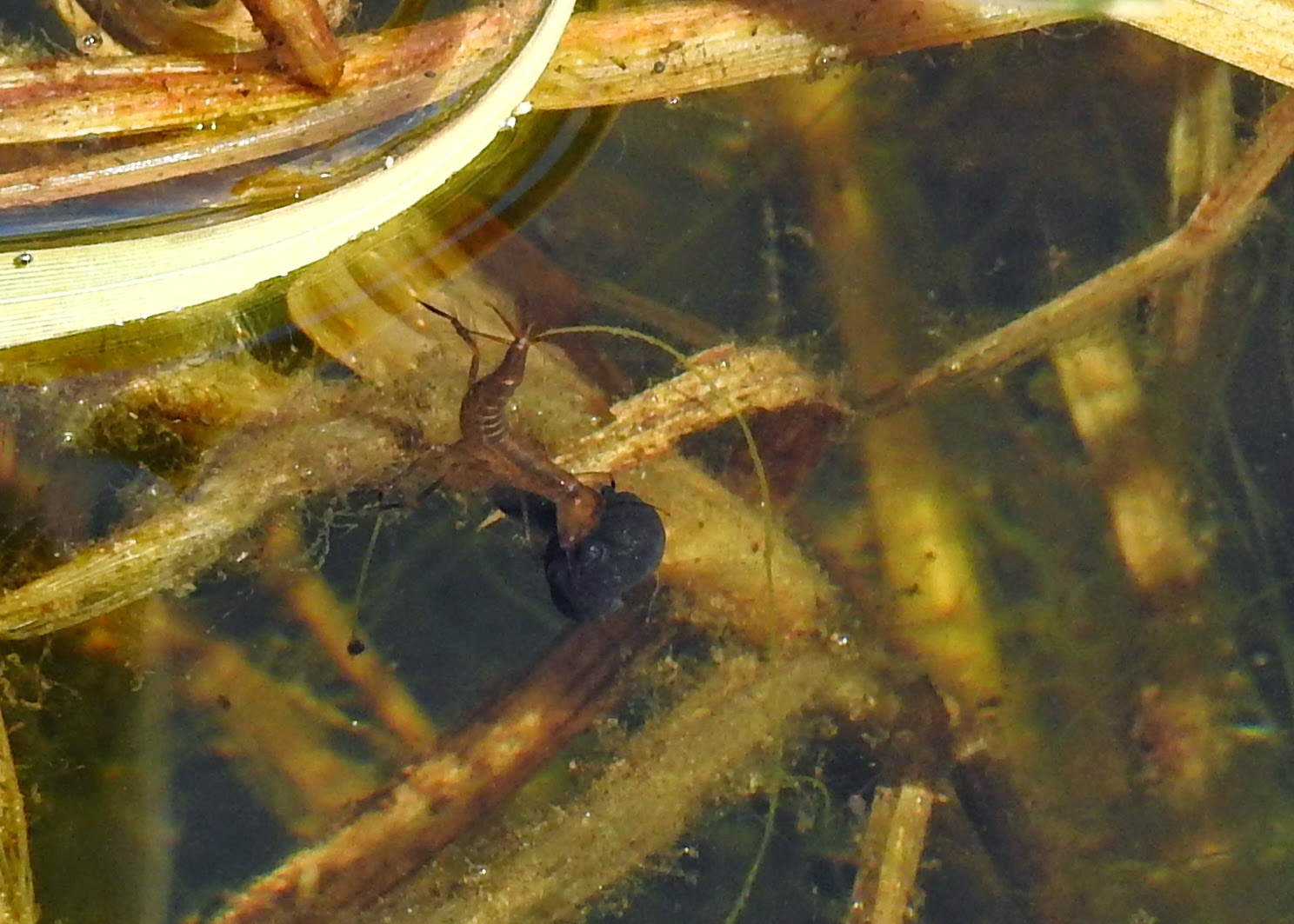 The ponds are also bursting with activity and the photo above shows what I think is a damselfly larva with a tadpole, and the picture below shows one with  a dragonfly larva.  I don't know if either photo is good enough to identify the larvae, but it is hard getting the camera to focus on an object under water. 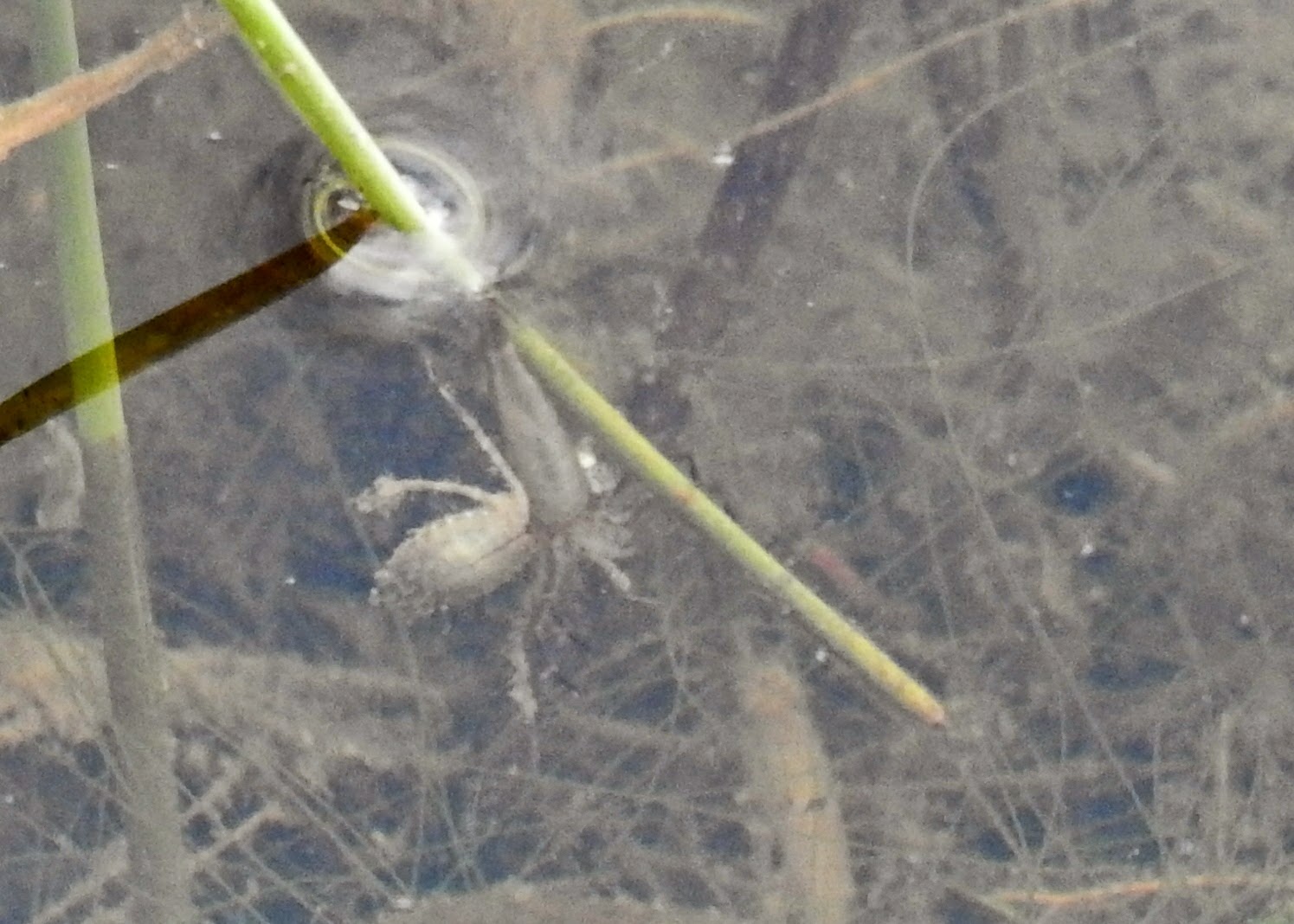 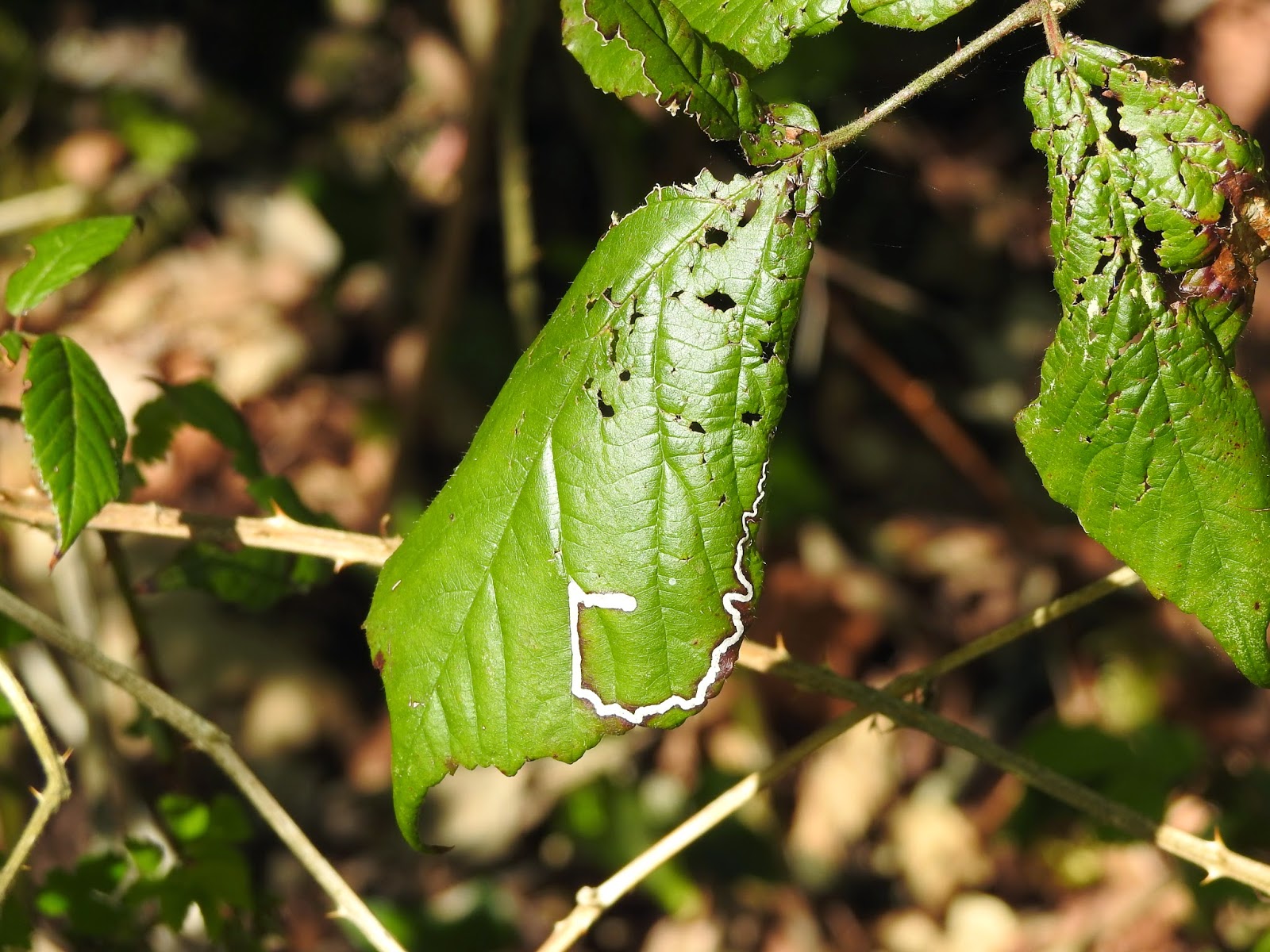 This photo of a leaf mine on bramble was taken on 26th April, as were the two larvae above.  Does anyone know what it was made by? 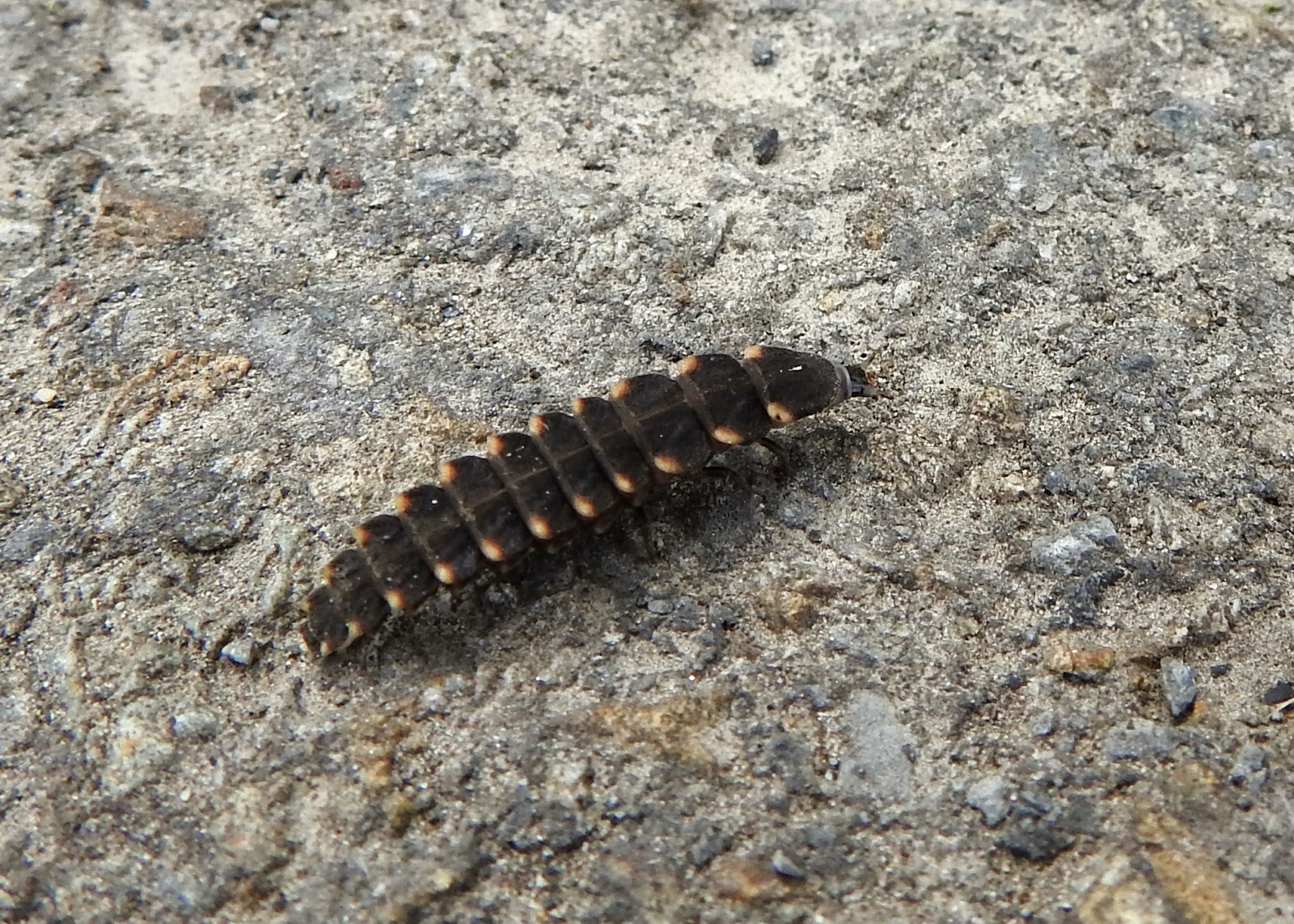 At last something that I can identify!! This is a glow worm larva taken on 30th April.  I've submitted the sighting to Robin Scagell of UK Glow Worm Survey who has confirmed the identification.  He says that this and the single sighting of a similar larva that I submitted 2 years ago are the only sightings for this area and I'm sure that he would be very grateful if any of you trap glow worms when you have your moth traps out, you send records of your sightings/trappings to him at www.glowworms.org.uk
﻿
Posted by Maggie James