The slightly warmer weather of the past week or so has brought more butterflies and moths out on Ffos Las as well as various other insect species. 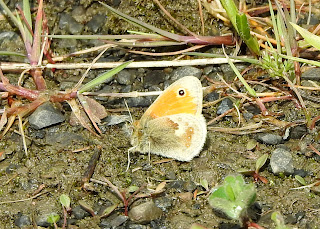 I saw my first small heath of the year on 7th May, this photo taken on the 9th. 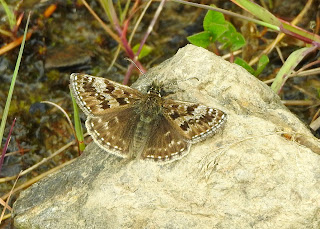 My first dingy skipper was on 7th May, a few days later than Isobel's sighting on the adjacent Woodland Trust site.  This photo was taken on 11th May.  I am now seeing these in good numbers - 13 today (Sat) and have seen them every time I have been on Ffos Las since the 7th, so although nothing can ever be guaranteed in nature, anyone wanting to see a dingy skipper has a good chance along footpath number 36/148/1, alongside the Afon Morlais on the north of the site, below where the new housing development "The Padocks" is being built.  I would be very happy to show anyone the way if they wanted. 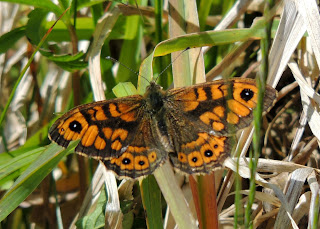 Ffos Las is also a good site for wall browns and I am seeing a couple on most walks at the moment. 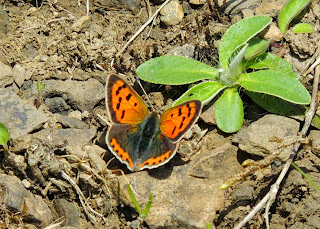 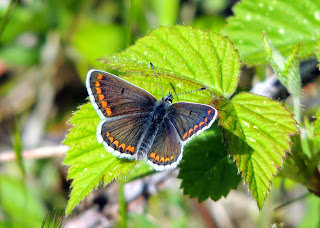 I am pretty sure that this is a brown argus, photographed on 12th May. I initially thought it was a female common blue, but the orange spots on the forewing go all the way to the front edge of the wing and there is no blue in the spots on the hind wing.  If it is a brown argus, then it is the first that I have seen on Ffos Las, and I've been through my photos of the past 4 years in case I have mis-identified it before, and I have no other pictures of this butterfly. 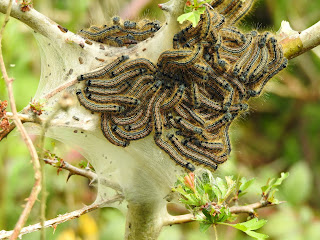 There are several larval webs of lackey moth on site, but not as many as I've seen in previous years. 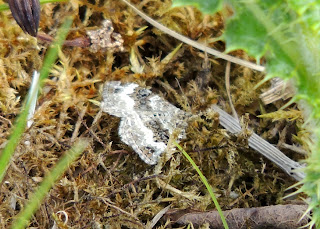 Not a good photo of a common carpet moth, but again my first of the year, 13th May. 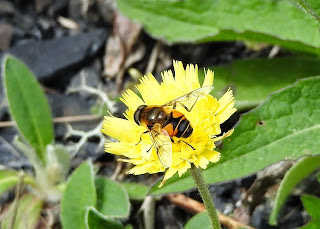 I know nothing about hoverflies, but this one has different abdominal markings to those I usually see. 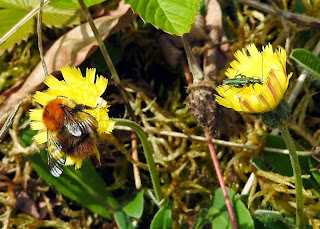 2 for the price of 1.  I don't know the species of bee, but I think that the green beetle is Oedemera nobilis.

A slow worm basking on the path.  I was lucky to see one on Monday and Tuesday this week.
Posted by Maggie James