I had much more luck yesterday afternoon (Fri 15th) than the preceding night. The weather was (mostly) bright and sunny, so I went looking for moths on the upper saltmarsh and dunes at Pembrey Harbour, as well as checking out a small brownfield site at Burry Port.
The main area visited is located just to the west of the stone harbour wall at Pembrey Harbour. The old harbour itself is totally long clogged-up with saltmarsh - hence the replacement Burry Port Harbour being constructed in the 19th Century, though that too is becoming victim of the huge depositional powers of Carmarthen Bay, with the local authority trying, like King Canute, to challenge the forces of the sea. 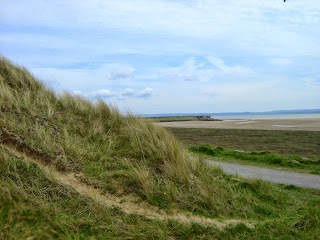 Above: looking c. SE towards the old harbour wall at Pembrey.

Playing `moth detective`, I noticed spinnings in the terminal shoots of sea purslane Atriplex [Halimione] portulacoides and I suspect that they belong to one of the Scrobipalpa spp. - instabilella (the most likely?) or perhaps nitentella. The first-named has 27 records on the Carmarthenshire 2013 database, with the latter only having one record. 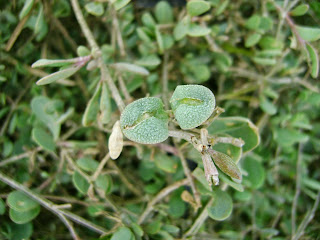 Wandering in the overlooking dunes alongside the coastal path, I noticed this purple bar - to my eyes there`s an element of bird-dropping mimicry going on with this moth`s colouration. Shortly after, a grass rivulet flew past and, if I can say so myself!, a rather deft flick of the net managed to catch it. 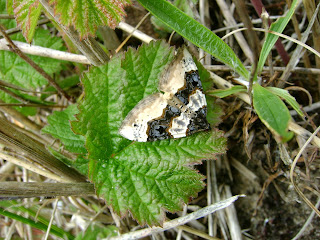 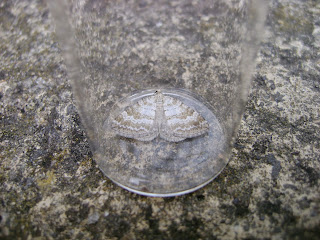 Above: grass rivulet, which has its county stronghold at Pembrey.

What I think is a migrant diamond-back moth Plutella xylostella was also flushed and the little all-white Elachista argentella was noted to be frequent in the dune grassland. The tortricids Grapholita jungiella and Dichrorampha petiverella were also recorded, as were drinker moth caterpillars. 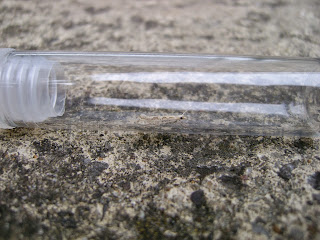 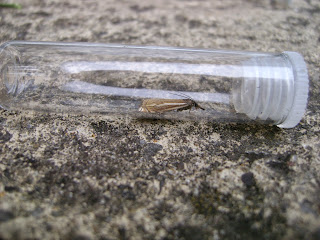 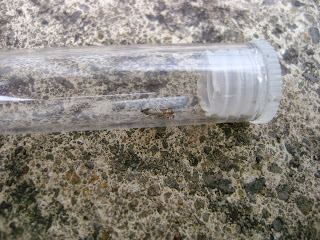 A fresh Crambus lathioniellus (photo above) was the first of the season`s grass moths (a group that we mostly associate with late summer).

Not only moths were seen - plenty of other insects and plants were also noted and I include two plants below - spotted medick Medicago arabica (which is an extremely uncommon plant in Carmarthenshire) and the rare prostrate toadflax Linaria supina (which is said to only occur at Braunton Burrows in SW England), but which also is long-naturalised at Pembrey and Burry Port, though it has declined markedly in the last two decades due to plant succession and, particularly, `environmental improvement` schemes grassing-over its sites. 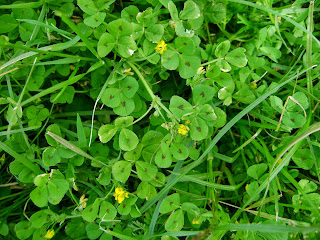 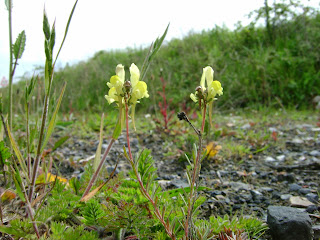 Above: prostrate toadflax, growing on a species-rich area of brownfield at the edge of the soccer pitch at Burry Port.

As always, feel free to correct any misidentifications or erroneous assumptions.
Posted by Ian Morgan