As Ian described, we had a fantastic day yesterday exploring Nant y Bai with Sinead et al. Great to see Bombus monticola plus at least 6 other bumblebee species including a cuckoo species. On the lepidoptera front, my highlight was the numerous green hairstreaks that were flying around - really stunning little butterflies. 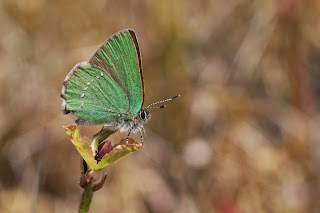 Other lepidoptera that I saw included green-veined whites and peacocks, silver Y, numerous common heaths, Adela rufimitrella, Ancylis badiana and another noctuid which managed to frustratingly avoid capture...we also had this little caterpillar - the closest I can see in my book is a common footman and there was plenty of lichen around - can anyone confirm? 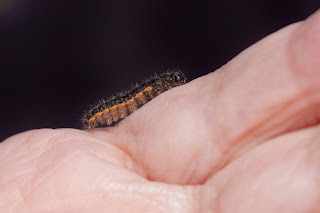 Other species of interest were large red damselflies, gorse shieldbugs, the carrion beetle Nicrophorus vespilloides, a couple of slow worms and plenty of lizards.
On a non-invertebrate note there were these pea-sized growths on a tree nearby - fungi I assume, but can anyone tell me anything more? 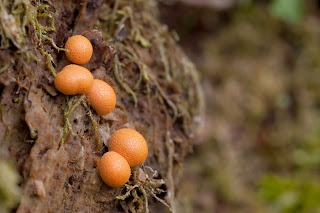