Spurred on by Paul Parsons' recent blog on the Glamorgan site I searched for Micropterix spp. in the garden this afternoon and found plenty of them, not only on Buttercups but on Bluebells and Wild Strawberry flowers as well.  As far as I could tell, though, they were all Micropterix calthella. 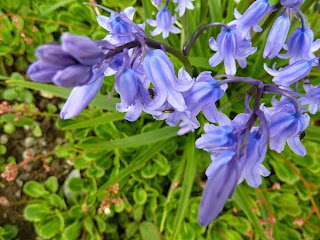 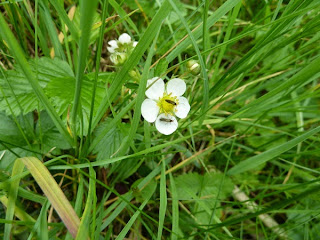 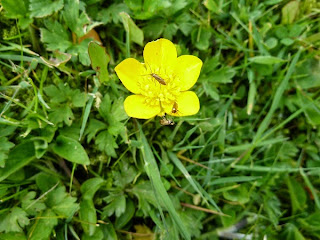 I did put two actinic traps out last night but the catch was modest. 15 moths of 11 species were recorded, the only notable arrival being a Barred Umber. 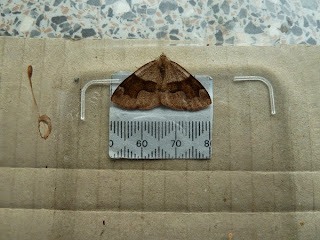