I  took a net with me on a stroll through the Cwmllwyd wetland yesterday, while checking to see if the Globeflower was open - it was, along with Bilberry, Bogbean and Greater Tussock Sedge. 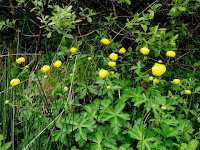 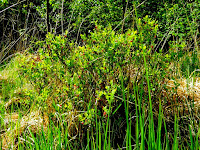 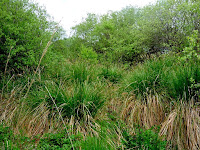 Hundreds of Marsh Marigold are still in bloom, attracting huge numbers of Micropterix calthella, but I have still not seen any others of the Genus (much to my disappointment).

It's not possible travel at speed hereabouts, so several moths evaded capture, but five FFY were taken: Silver Ground Carpet, Clouded Silver, Common White Wave and White Pinion-spotted (photo), along with the micro Syndemis musculana (photo), a first record for the site. 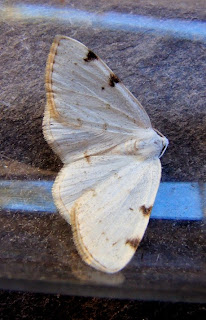