.....for several days (and nights) has put a temporary stop to moth trapping at Cwmllwyd. I've been out and checked for Micropterix calthella on Caltha palustris, but no sign at present. Instead, I have found this very common monster. 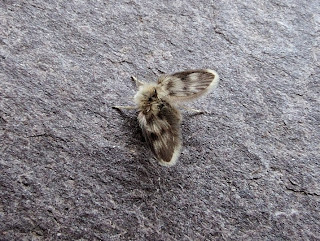 With a body length of 2mm, this is one of 99 species in the family Psychodidae. I thought it looked rather pretty.

The rain stopped, at last, and the wind died away, so I took another stroll through the wetland. Just to prove me wrong, M. calthella were seen in modest numbers on Marsh Marigold, as well as this pair which were performing on the as yet unopened buds of Globeflower. Last year, none were found on this plant. 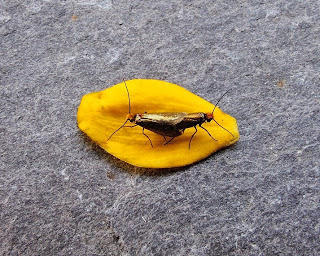