As with Maggie in the previous post, I have long recognised that the so-called `brownfield` sites can be extremely rich in wildlife, moths included. I briefly visited one such site (behind the former `Dyfed Steels` site) yesterday afternoon (Sat. 16/5) and, whilst it is much smaller than the very important Ffos-las site and does not have the variety of habitats, it nevertheless is not without interest. 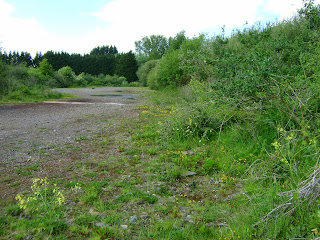 Above: the site visited.

My personal first common blue of the year was on the wing - a pristine, fresh male, flying low over bird`s-foot trefoil and a treble bar moth was seen, but was far too flighty to photograph.
Three tortricids were caught and their photos are given below. I have decided -after the difficulty of taking photos of micro-moths with my `toy camera` that the time has come (at long last!) to purchase a  new one that will allow better, close-up photos. In the meantime, you will have to `click` on my photos to enlarge them - somewhat!
Please comment on, or correct, the i/ds below - thanks. 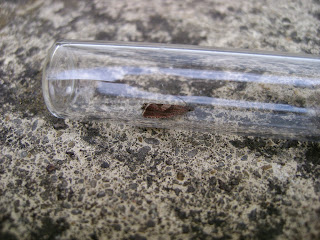 Above: believed to be Dichrorampha acuminatana - there`s plenty of the food-plant (yarrow, ox-eye daisy around). 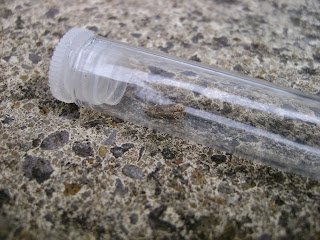 The little longhorn beetle Grammoptera ruficornis was beaten from hawthorn and the willow leaf beetle Lochmaea caprea was frequent on willows nearby. A male brimstome flew across the road as I drove home past WWT Penclacwydd.
Posted by Ian Morgan