Things are Looking Up

I was going to give the traps a rest last evening but the conditions were so favourable - mild and still - that I changed my mind and put the MV out.  Unfortunately it rained at some point, the ground was wet when I ventured out at 5.30 this morning and some time was spent rescuing soggy moths on and around the trap.  However, it was made worthwhile by the sight of a Great Prominent on the wall nearby, a first for Maenol. 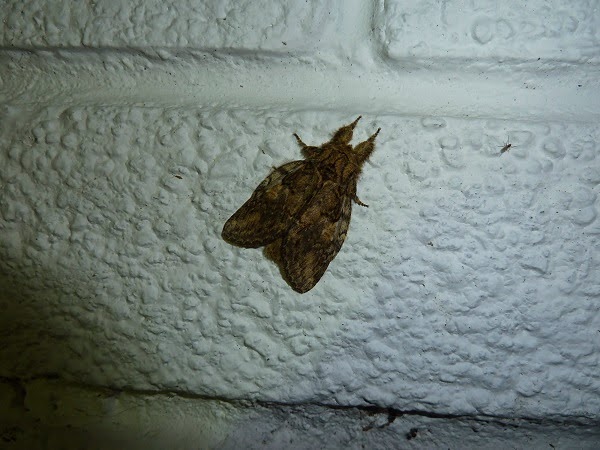 Other firsts for the year were Pebble Prominent, Chinese Character, and what I assume to be Lunar Marbled Brown, although it lacks the characteristic crescent-shaped mark in the white cross-band: 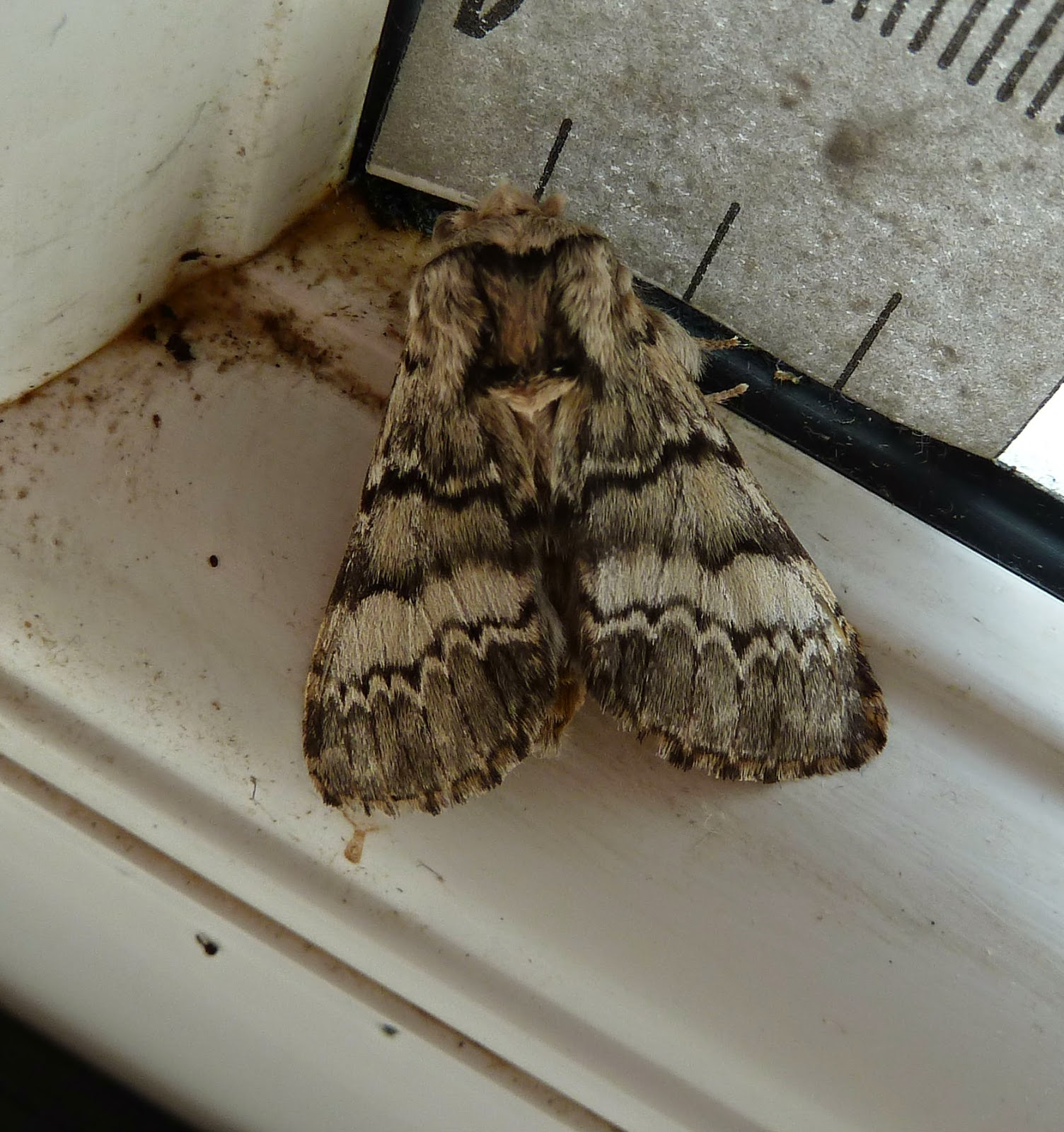 I note that Ian has posted a photo of this species in his latest blog, and I don't see the mark on his example either.  Is the absence of the lunar mark commonplace?
The only other notable arrival last night was a Tawny Pinion.  Hopefully there will be no dispute over this one, it's probably the tawniest example I've seen! 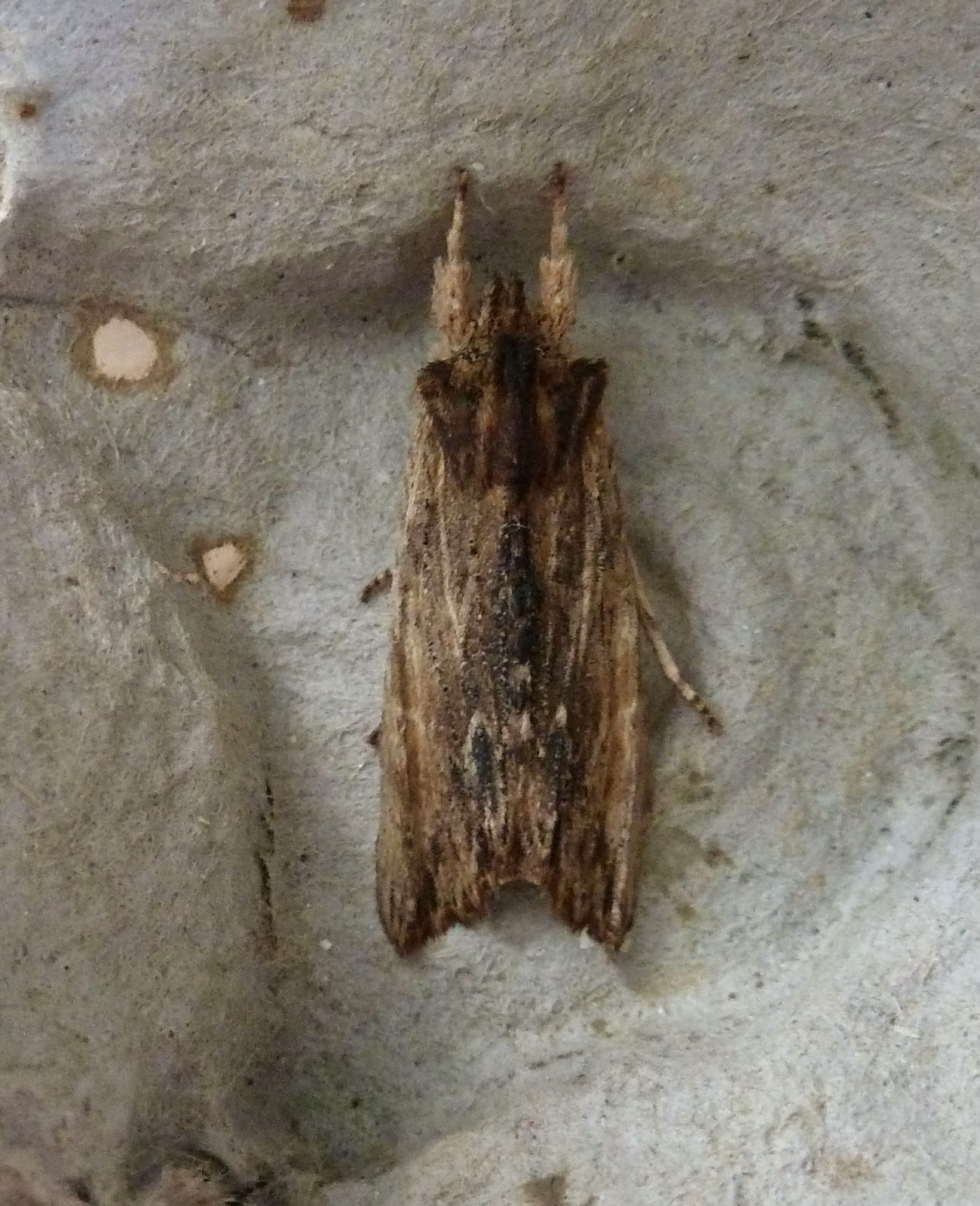 Following up on Ian's post regarding Acleris arenella, the Acleris sp. I'm seeing regularly here is somewhat similar in appearance but has two or three prominent white spots on the forewing.  Rightly or wrongly (but hopefully the former) I've been recording this species as A. heracliana. 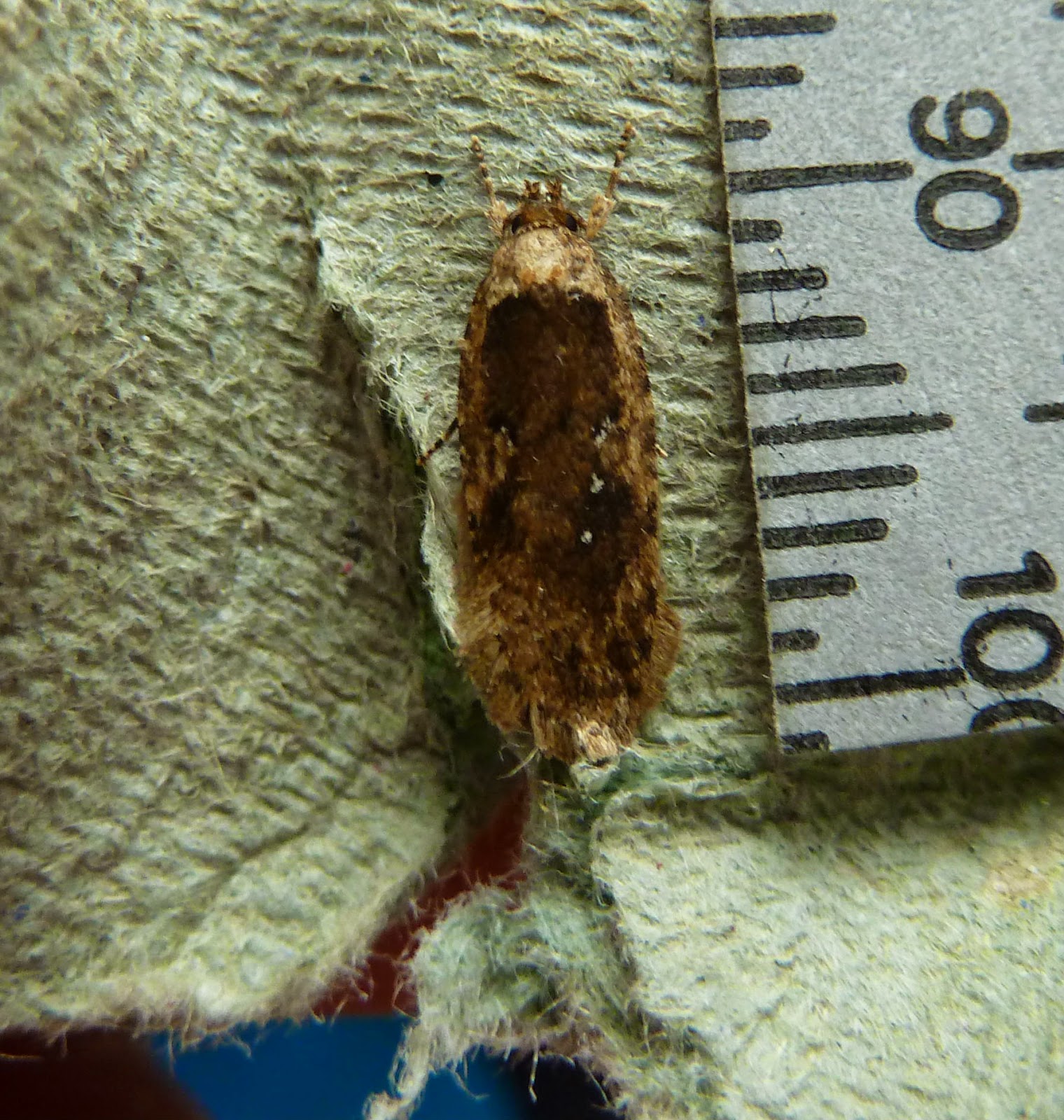 Post Script to the Tawny Pinion report: Sam, if you see this, please would it be possible to provide some details of the previous County records and distribution for this moth?