The weather forecast changed from that predicted early yesterday (mostly cloudy overnight) to one where it remained clear for about the first half of the night. Consequently, instead of a `multiple trap job` at several sites, I only trapped at Furnace Quarry, Llanelli. There were fairly moderate numbers in the two actinics that were left at this site, and I have combined the results.
There were 24+ species, including several personal FFYs (muslin moth x 3, peppered moth, pebble prominent, flame shoulder, shuttle-shaped dart, shoulder stripe, least black arches, brown silver-line...all common species). Two frosted greens were better than the usual singletons that are normally caught.
The weather for trapping actually looks far better tonight (re-check your local forecast later though!) and I`m sure that several local weekend trappers will put out their traps. 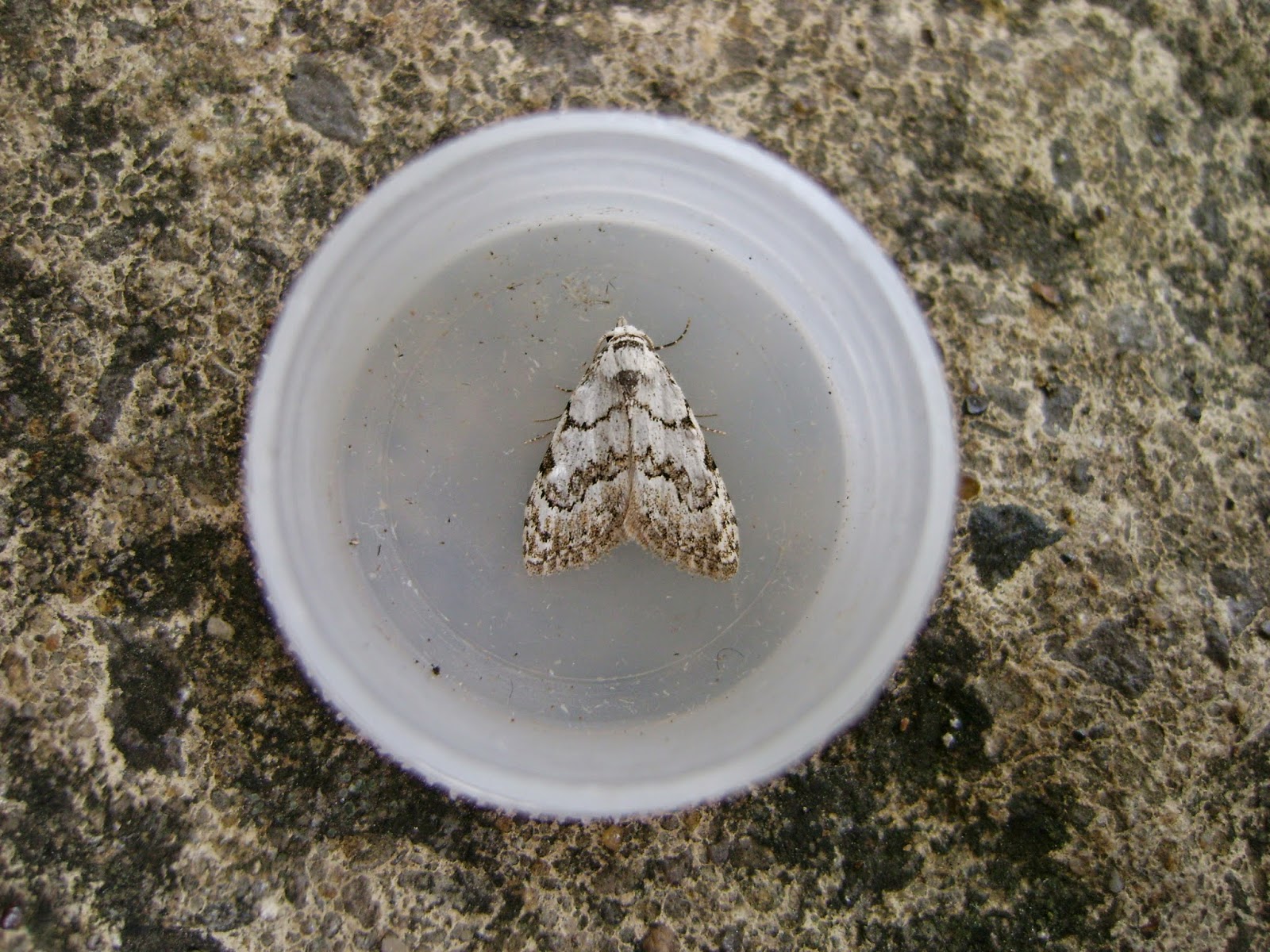