More of the Same

I've run an actinic trap on each of the last two nights, at different locations in the garden, with much the same results as on Monday night, more of the usual suspects with Hebrew Character predominating, 24 turned up last night.  Early Tooth-striped was the only newcomer for the year.  Agonopterix heracliana appears most nights, accompanied by a Parsnip Moth on Tuesday night.

I'm attaching photos of the two Mompha sp. caught yesterday afternoon, again in the wood-shed.  The second one seems to show quite a good resemblance to the illustration of M.divisella in Sterling & Parsons. 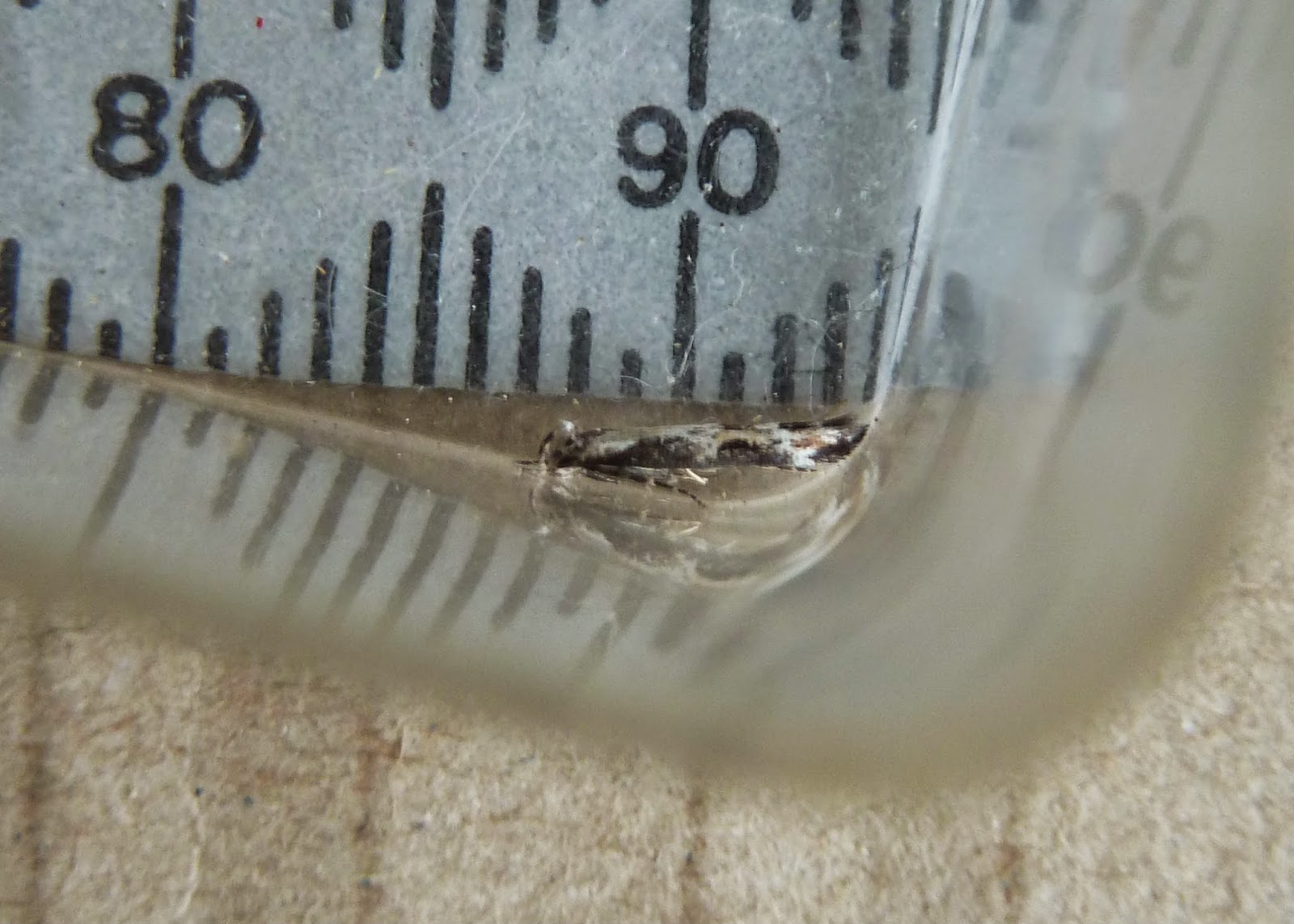