Yesterday Ian forwarded me a moth photo from Dorian Baverstock's farm in NE Carms that might be a Lead-coloured Drab (more on that in another post, I'd guess).  The species was in my mind, but I think I would still have potted-up this moth that appeared under our outside light at about 10pm last night.  It looked oddly pale for a Clouded Drab, but also wrong for any Quakers, and with a different wing shape (less blunt-tipped and broad than Clouded Drab).  This morning I checked the antennae and was amazed to see how feathery they are.  This is a feature of Lead-coloured Drab, and the wing shape and colour also fit that species, although it's sometimes a bit more distinctly marked (especially with good 'twin-spots').  Ian later suggested it might be a dull-coloured Common Quaker, which also has feathery antennae, so I started worrying.  Dissection has confirmed this to be the case.  Most embarrassing, but I'm keeping this post up on the Blog as it illustrates various things, including: a) the danger of looking out for a species mentioned by someone else and magically finding it in one's trap the next day (though that does sometimes happen); b) why not to get too fixed on one character or one species pair; c) why Jon was rightly cautious of records of Lead-coloured Drab and many other species; and d) that my ID is far from infallible! 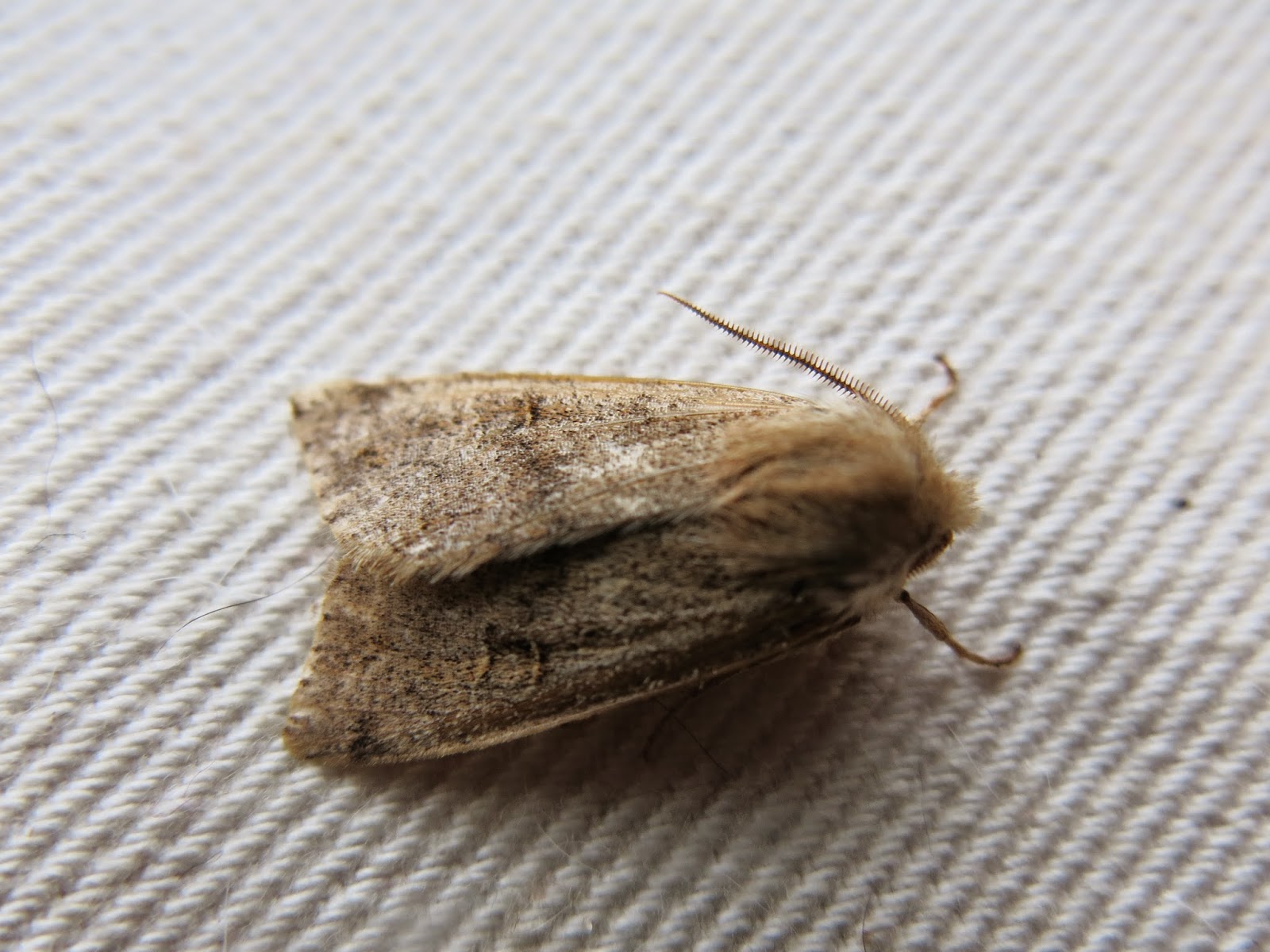 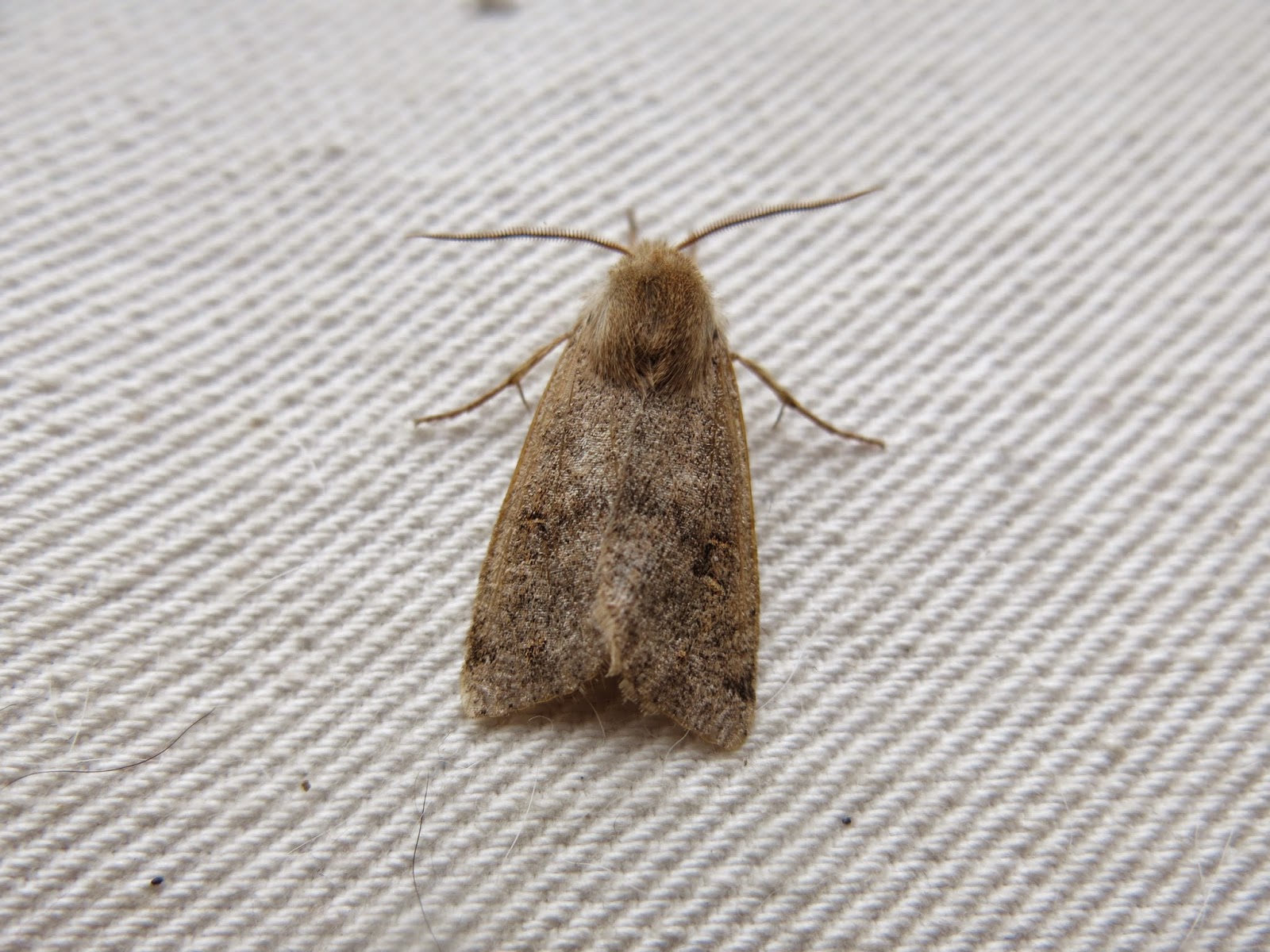 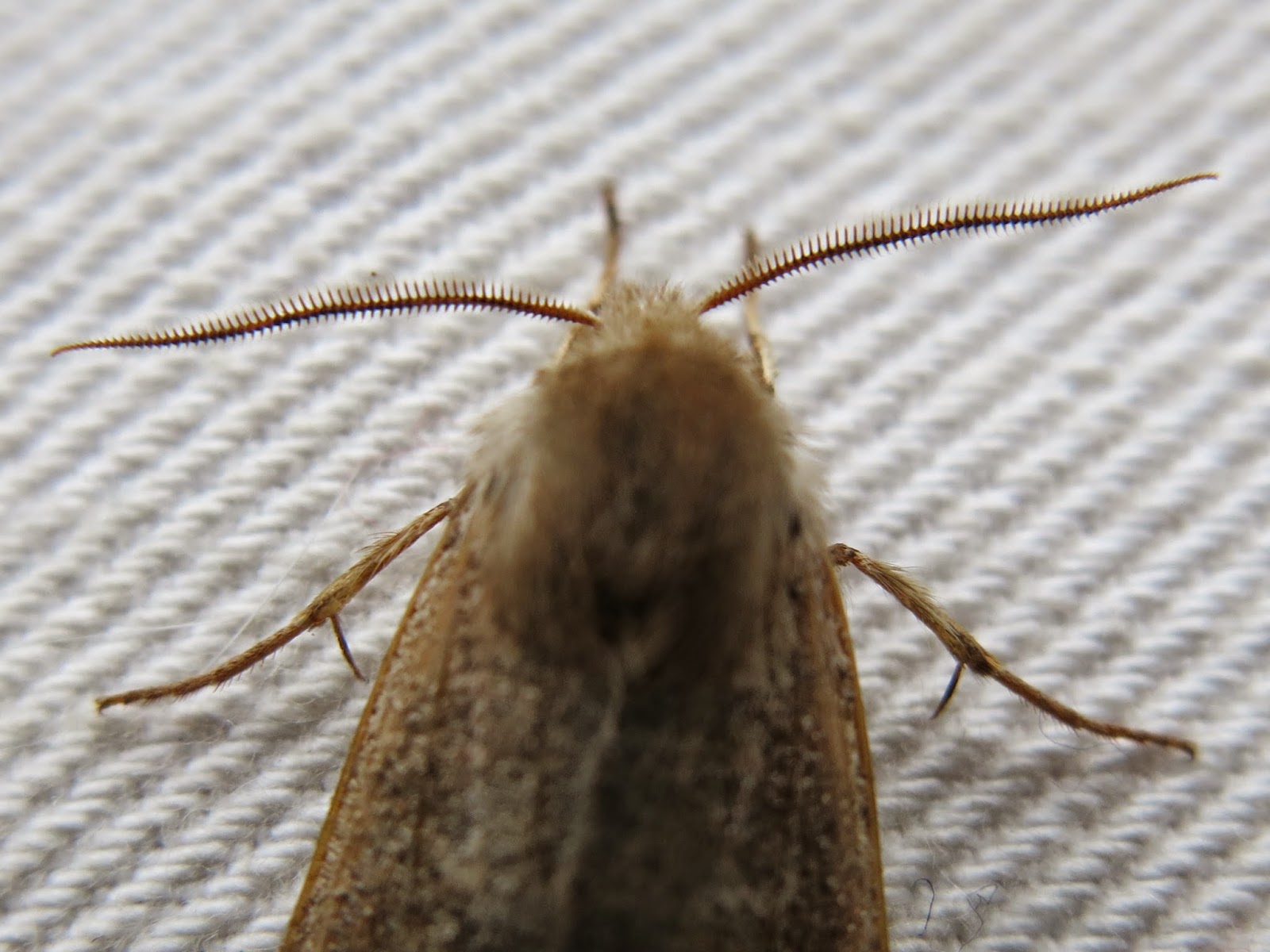 There are five records of Lead-coloured Drab in the county dataset, plus several more pended.  I'm pretty sure there's duplication in the records, and it would be useful to have Ian and Barry's views on which date(s) are correct.  I assume the two Penclacwydd records are the same but with different GRs; is there an accurate date?  I also assume the two Techon Marsh records should be one.  RIS's identifier confirmed that they checked the antennae on the 2012 individual, but previous records from there in 2003/04 were pended/rejected.