It was cloudy and warm last night (16.4.15), so out went three traps: at Tyrwaun, Pwll, at Denham Ave, Llanelli and a third at the nearby Furnace Quarry, Llanelli. I had considered trapping at two of my new sites in the Mynydd Sylen area but still not `feeling 100%` after a cold-type virus, decided to leave them for another day - or, rather, night!
The cool wind mentioned by Chris at Median Farm near Cross Hands was not evident with me last night, but all of my sites were of low altitude and sheltered and perhaps this resulted in the greater variety of moths caught (eg 25+ spp at Pwll), which included several personal FFYs.
The moth of most interest to me was a grey shoulder-knot - only my second local record (after one, also at Pwll, last autumn), perhaps suggesting that it is resident locally rather than just a wanderer. 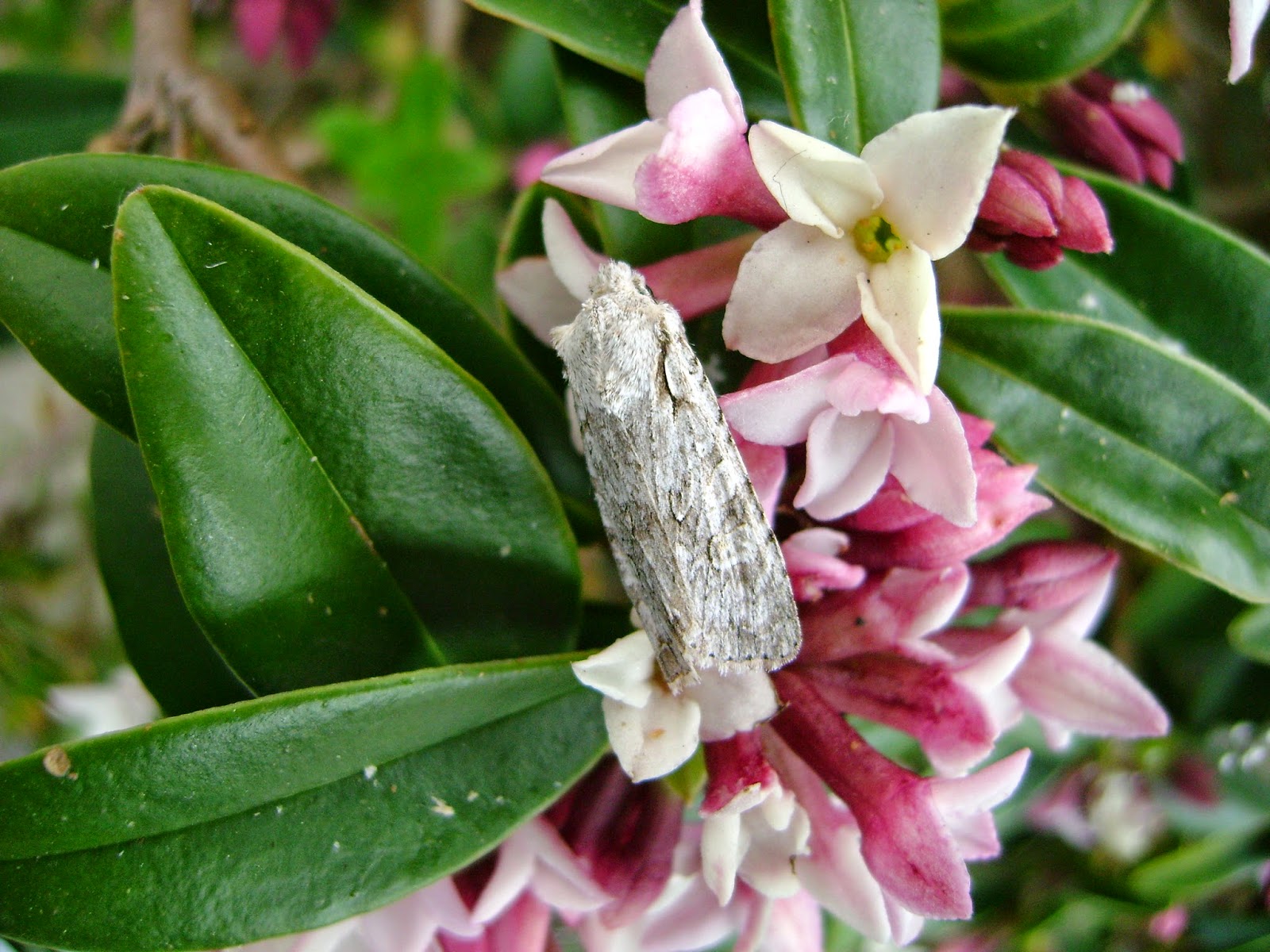 Frosted greens at two sites were also pleasing - it may amuse readers that, in early spring 2007, I was desperately trying to identify a mystery noctuid that I`d caught and failing miserably after going repeatedly through the noctuid illustrations in the book. I happened to be meeting Sam at Pluck Lake, Swansea the next day, and he instantly identified my `noctuid` (which of course it is n`t!) as a frosted green. 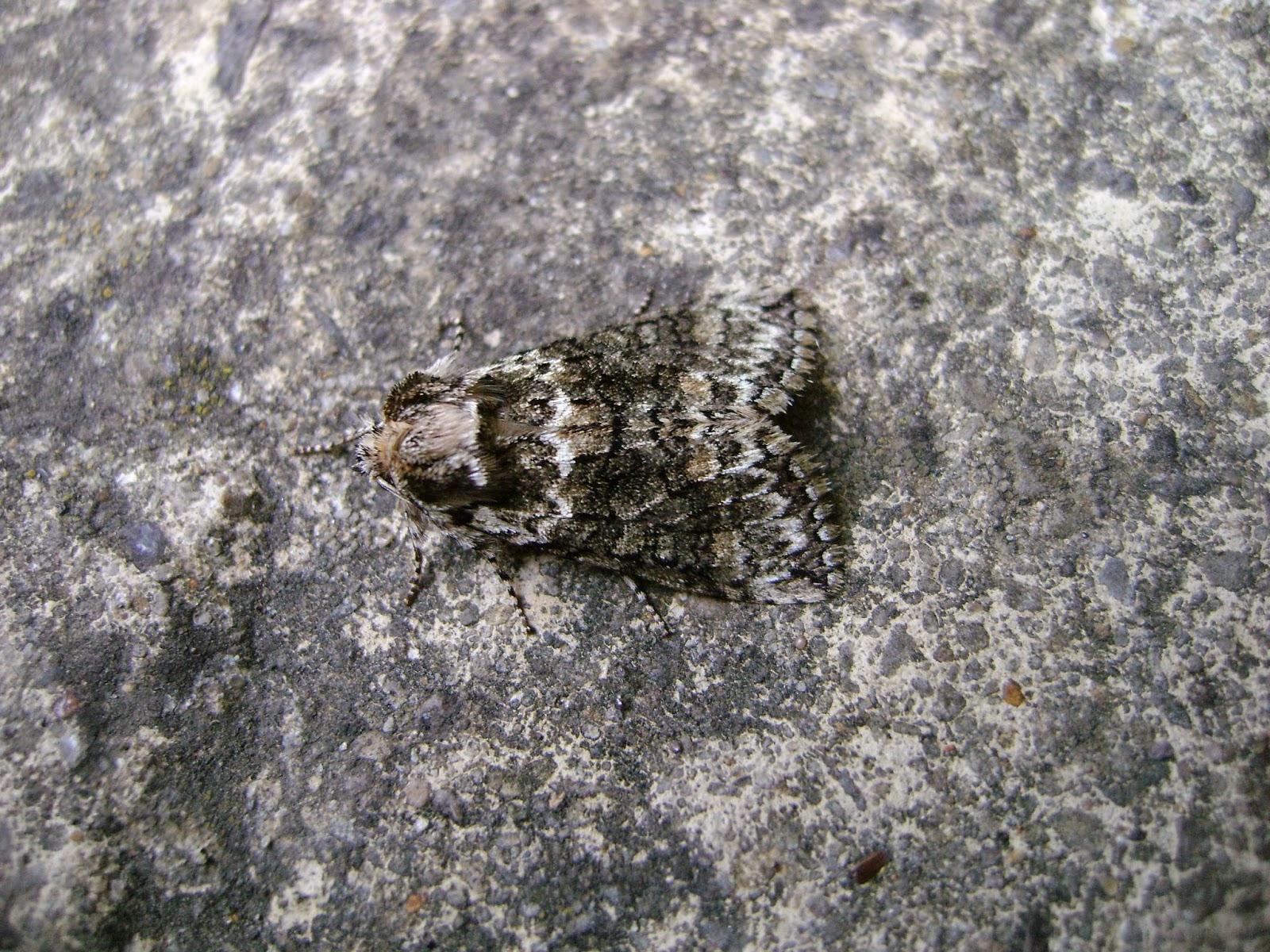 Some other moths caught are shown below, the pugs are `quick dets.` (will re-check later): 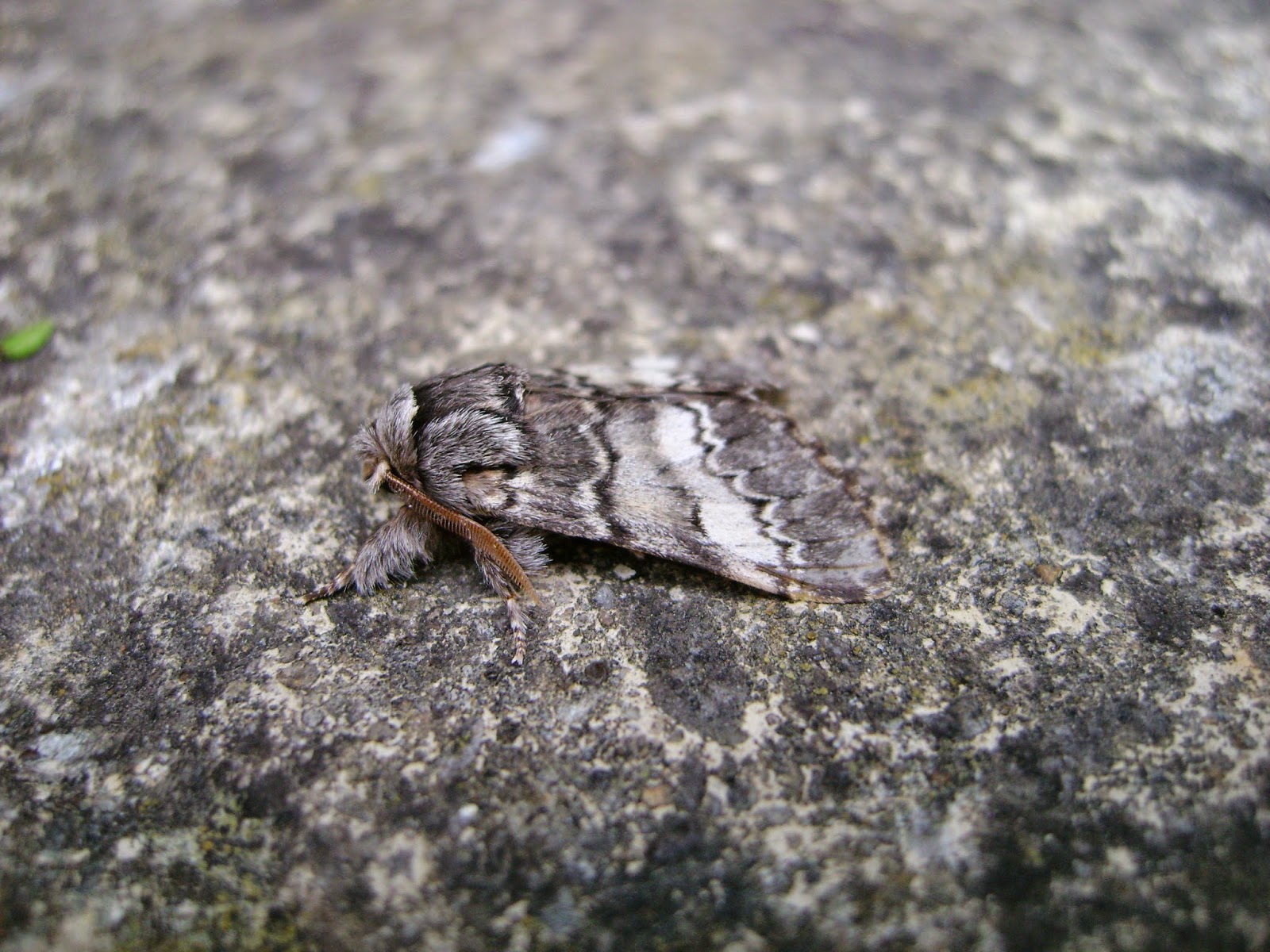 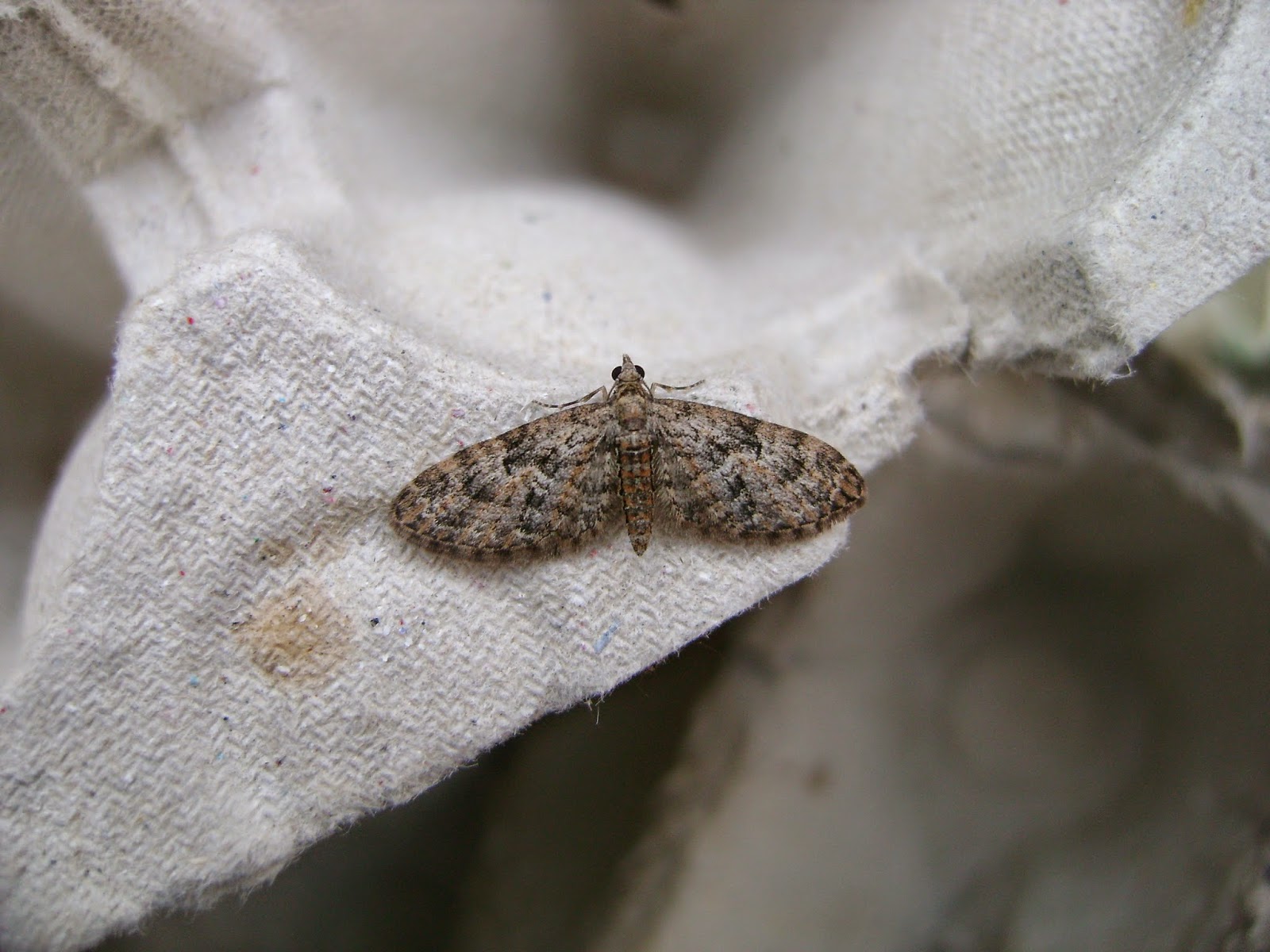 Above: believed brindled pug and, below, golden-rod pug. 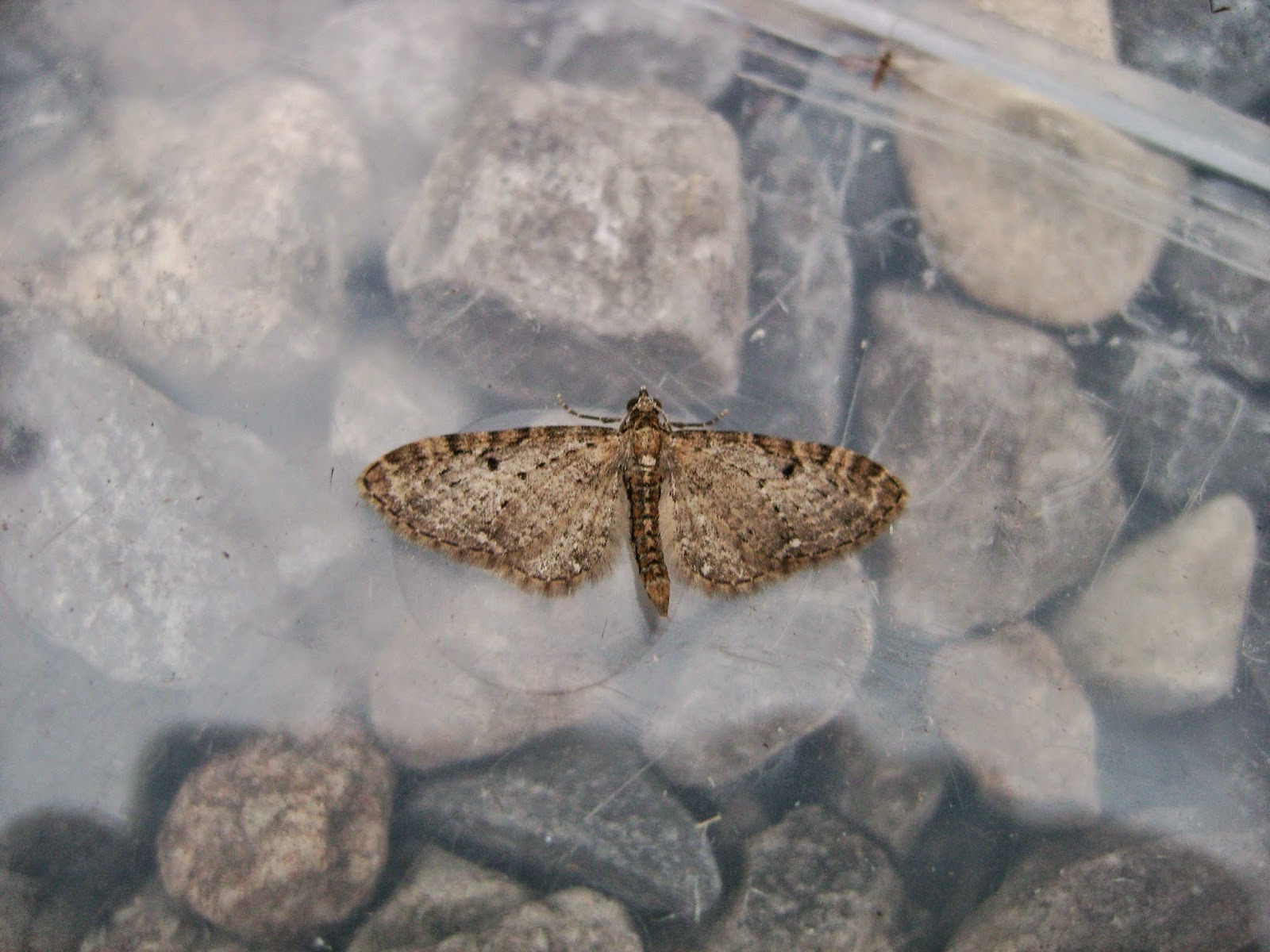