I saw my first male orange tip butterfly on Ffos Las on Monday (13th April) and also the first few swallows of the year over the eastern end and also over the ponds at the western end.  They were probably the same birds as it would be a matter of a few seconds flying time for them but 30-45 minutes walking for me.

Had some more good sightings today (Weds 15th) with my first 2 speckled woods of the year (and another close to my home), 14 peacock, 8 male + 1female orange tip, 1 female + 2 male brimstone, 2 small tortoiseshell and a small white butterfly. The number of peacocks exceeded my largest count for any one day last year which was 13 on 21st July, so hopefully this bodes well for this year. 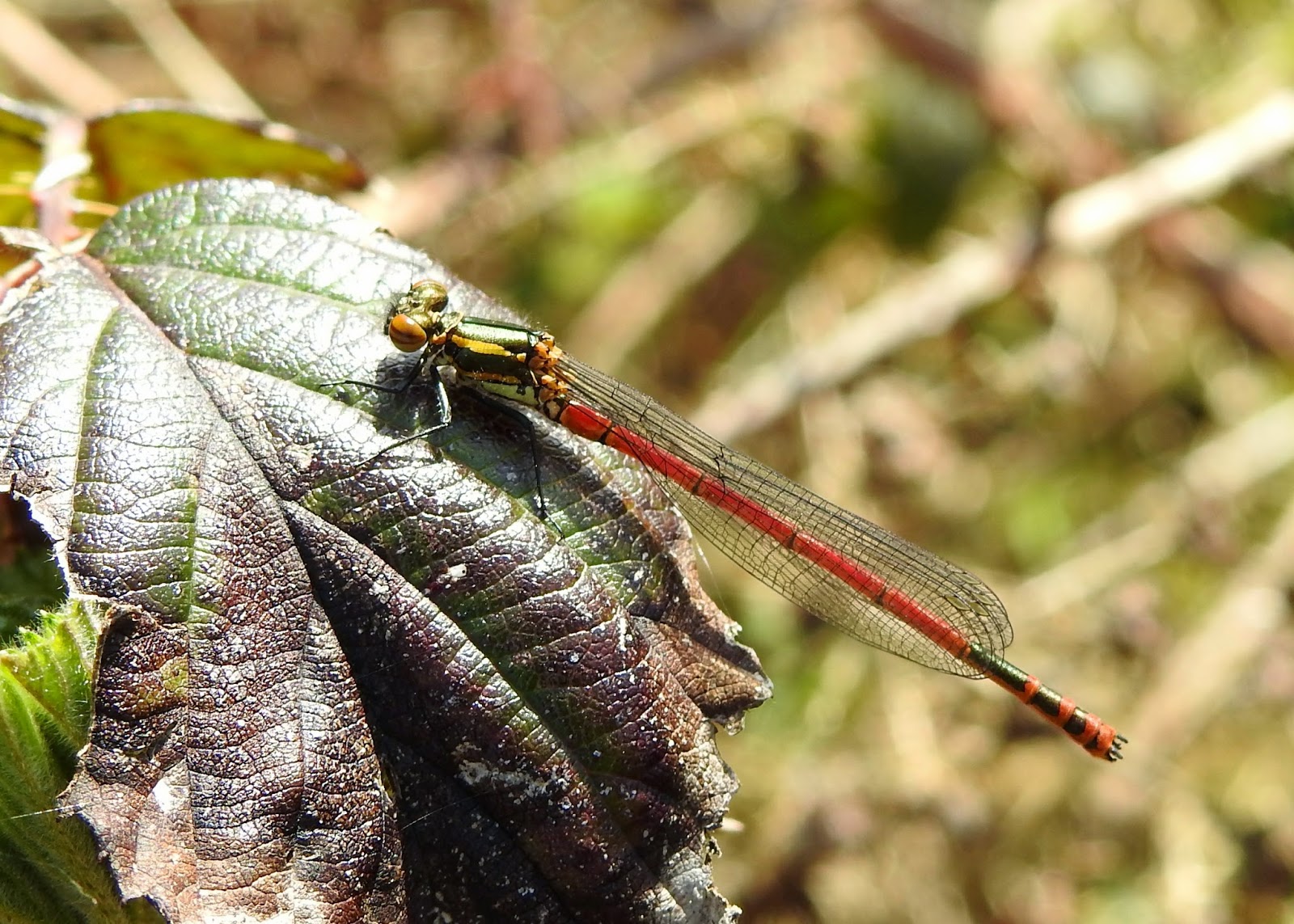 I also saw my first damselfly of the year today.  This is a male large red damselfly which was resting on a bramble leaf near the stream.  Last year my first sighting of any of the Odonata was a broad-bodied chaser on 6th May so this was 3 weeks earlier.
Posted by Maggie James