Signs of Spring: for our encouragement!

At last the weather is warming up and there are definite signs of spring in the air even though a couple of trees locally do seem to be a bit confused. 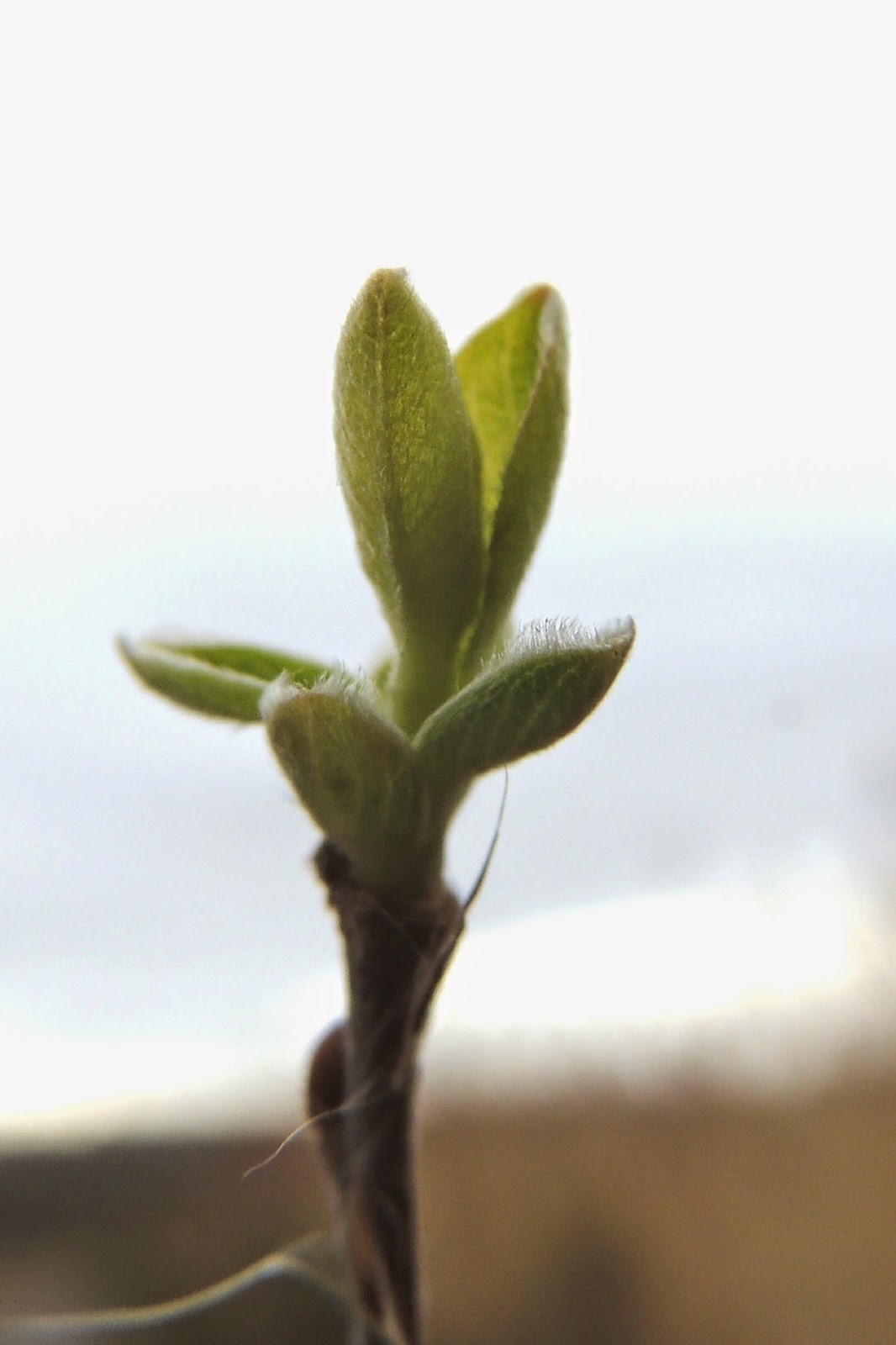 This willow was photographed bursting into leaf on 19th January on Ffos Las. 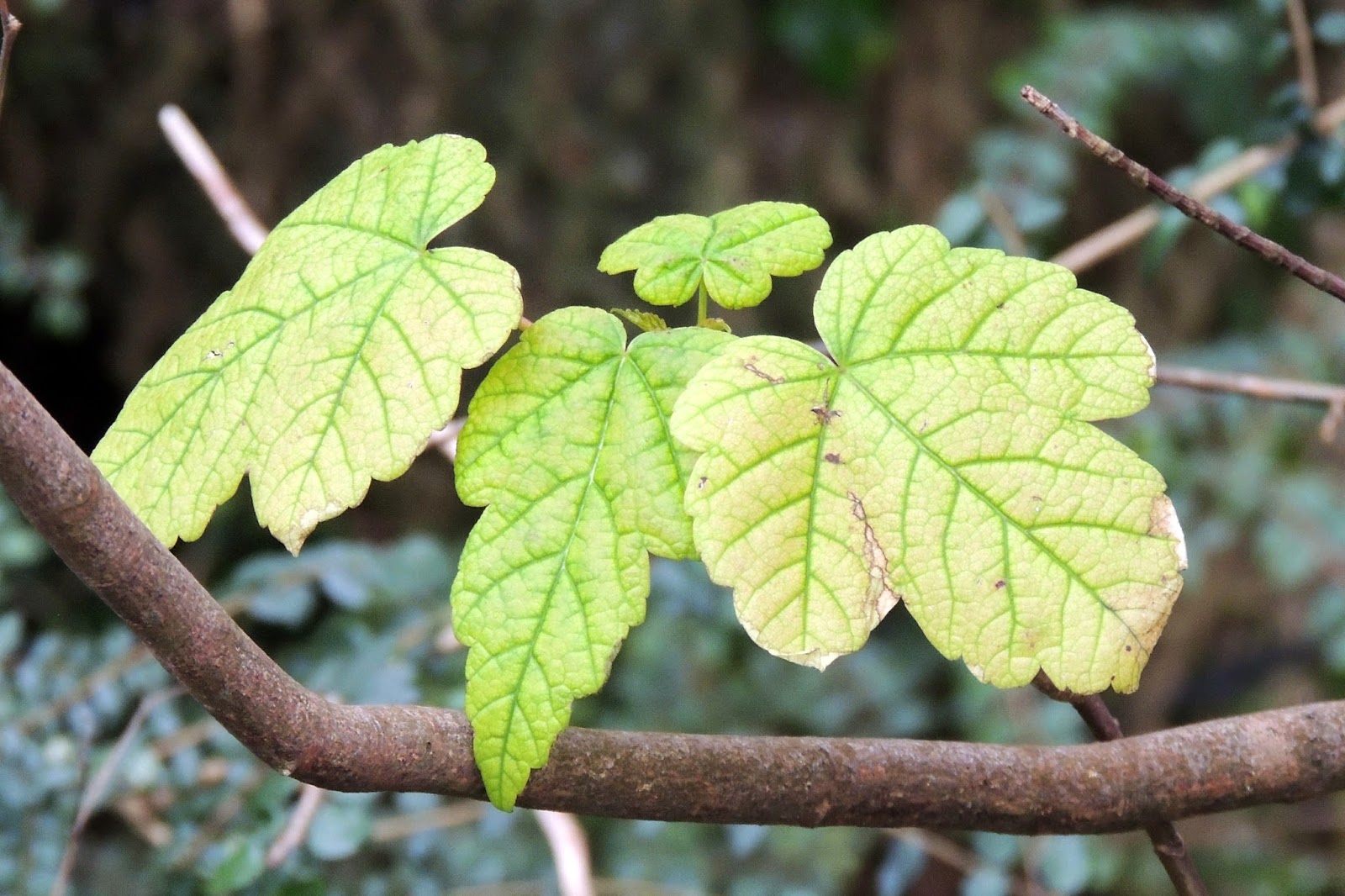 A sycamore sapling in full leaf close to my home in Trimsaran, 27th January. 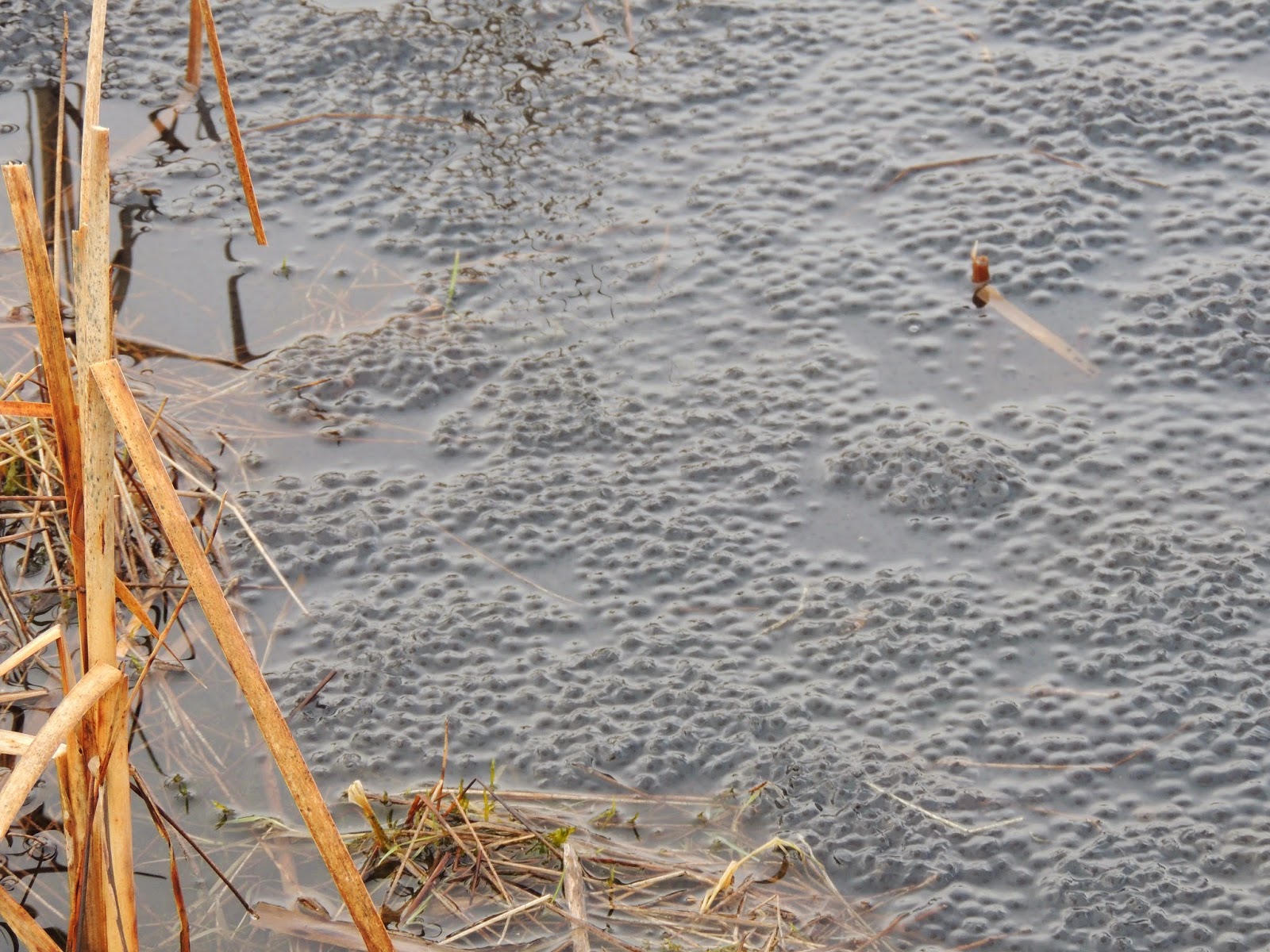 Frog spawn covering an area of at least 2 square yards on the shallow pond on Ffos Las. This was seen on 20th February and was at least 2 days old from the amount of "swell".  It was not there when I checked the previous week and so, despite the warmer winter this year, was later than in the past 3 years. Spawn first seen on 11th Feb 2014, 30th Jan 2013, 21st Jan 2012 on Ffos Las so it is getting later each year for some reason. 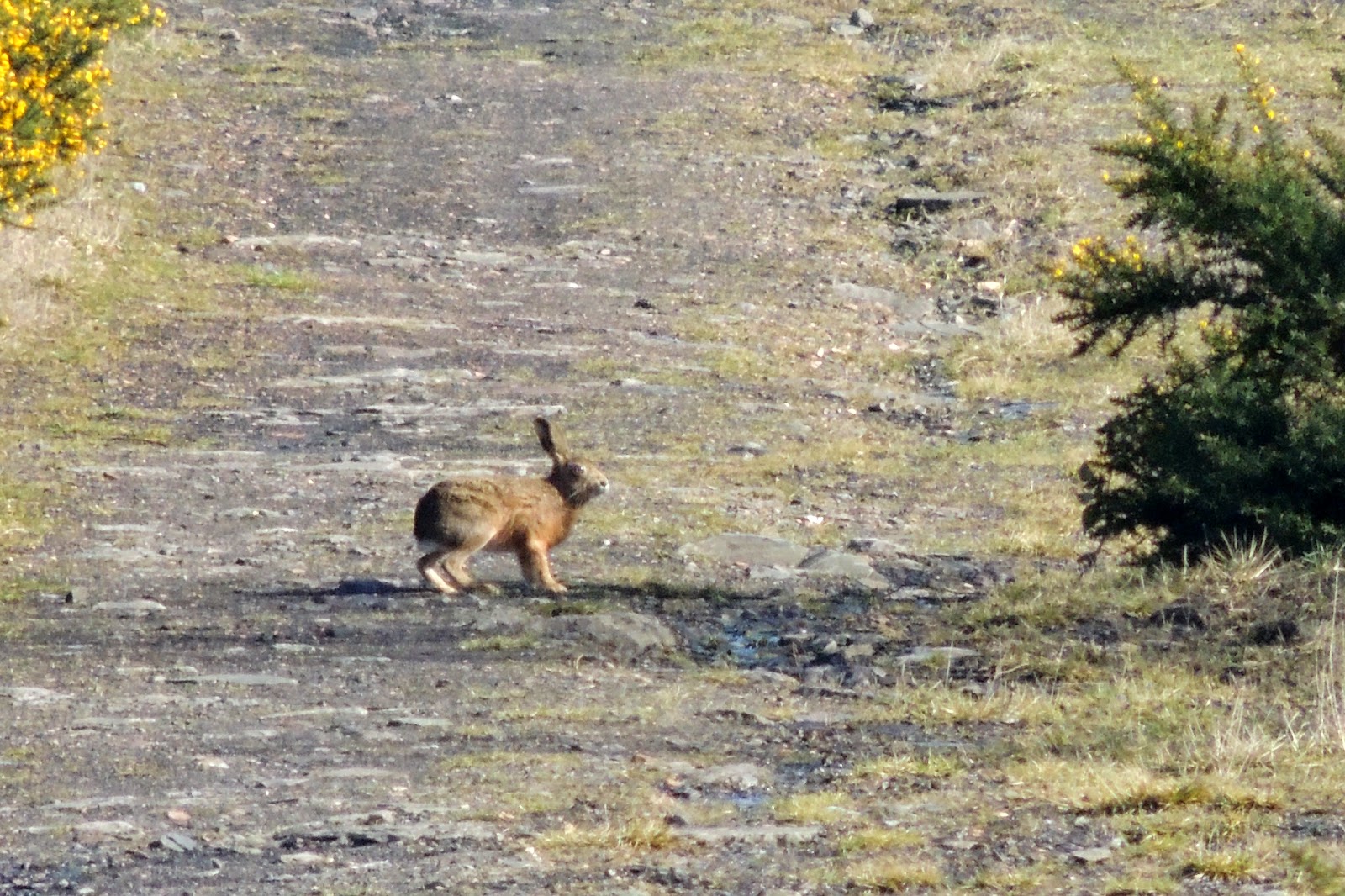 Admittedly, a hare isn't really a sign of spring, but this was the first one that I've seen on Ffos Las this year. This was taken on 26th Feb. 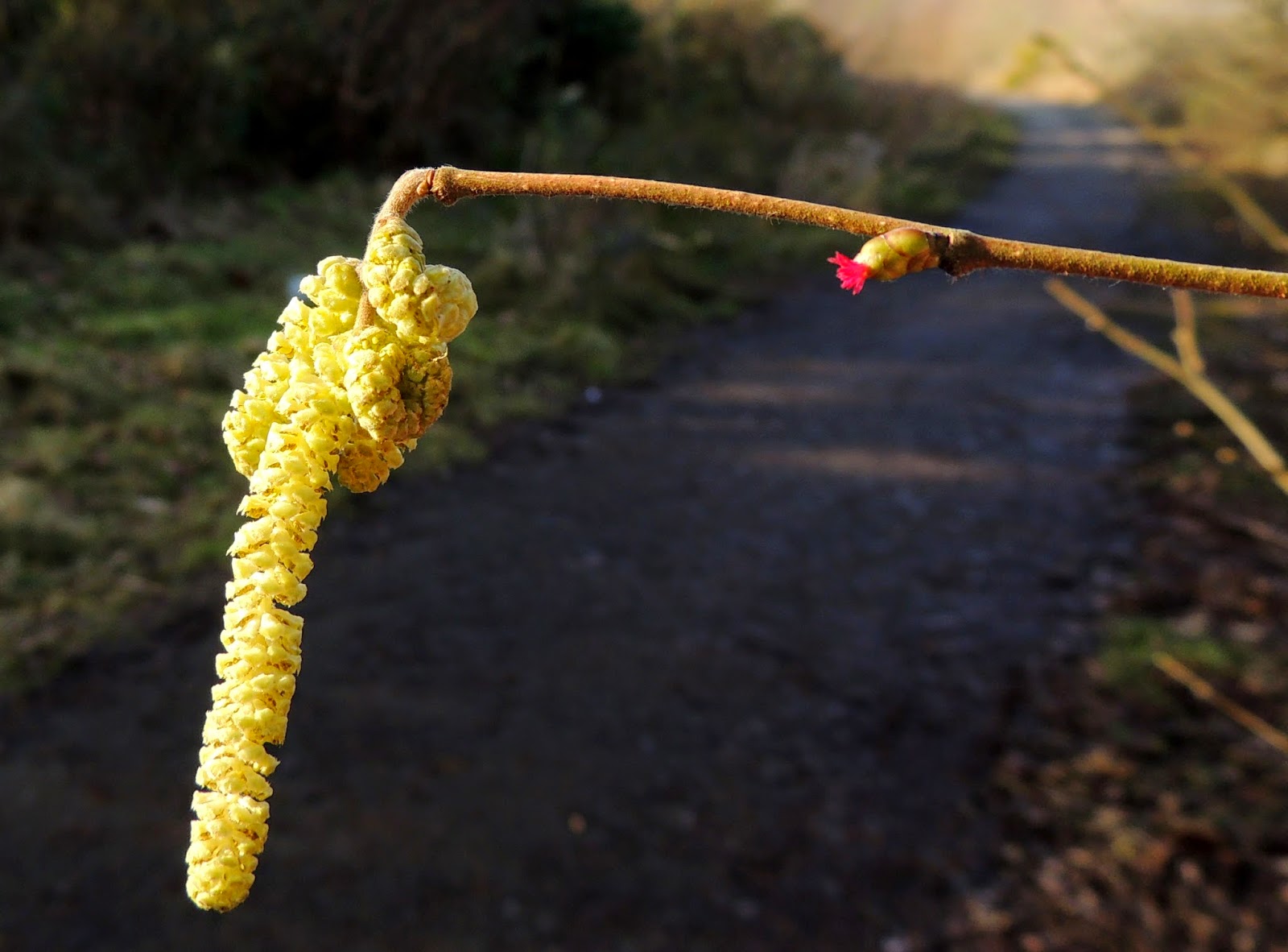 Many of the hazel and alder catkins are now fully extended and shedding pollen.  This picture of the male and female hazel flowers was also taken on 26th Feb, but I first noticed the hazel female flower a couple of days earlier.
The Ffos Las birds are now in full song and establishing territories.  It was a real pleasure to hear my first skylarks, also on 26th Feb, 2 days later than I first heard them last year.  Birds seen and heard today (5th March): dunnocks, skylarks, stonechats, buzzard, meadow pipits, wren, chaffinches, robins, blue, great and long-tail tits, blackbirds, green woodpecker, mallard, gadwall and a swan.
The first celandines are in flower today (another of Nature's Calendar signs of spring), but unfortunately I have no moths or butterflies yet to report.  Hope springs eternal and tomorrow is another day!!
﻿
Posted by Maggie James