Signs of Spring by day - but not by night...

Several of us tried trapping last night, but all of us either had dire results or no moths at all - so quite disappointing. In contrast, have a look at the Carmarthenshire Moth Blog for early March last year - we were then having a good variety of species and in good numbers. (Old blogs can be reached via `Records Archive` on the R-hand side of the blog page; for early March 2014, I suggest clicking on February and then going to `newer posts`).
In contrast to last night`s `general moth failure`, at least there was a butterfly in the garden this afternoon (as well as buff-tailed bumblebees, Eristalis hoverflies and hive bees, which have all been around since last weekend). The butterfly was a red admiral and it spent most of its time feeding at a winter-flowering heather. I presume that it was an over-winterer (?), though the `Atropos Flight Arrivals` website mentions other south UK sightings (though those too could also be successful wintering individuals). Interestingly, a hummingbird hawk-moth has been spotted in Cornwall - I do hope that it comes to Pwll, as I was one of a few who missed out on seeing one last year. 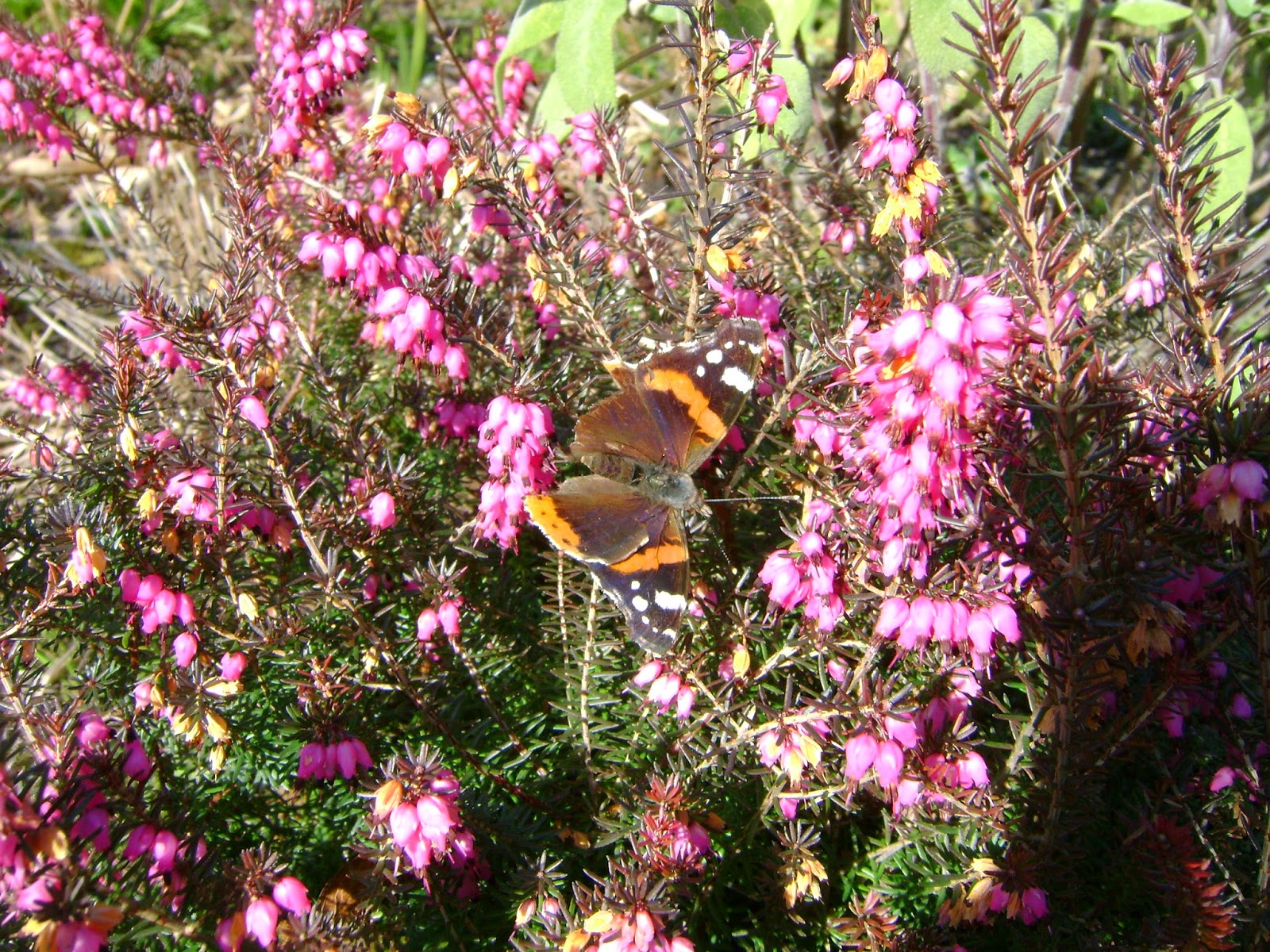 Above: today`s red admiral at Pwll.
Posted by Ian Morgan