I put an actinic out at home last night (11/3) and had several FFYs, with a greater variety of moths than of late. The moths caught were: early grey (a pink-suffused form), engrailed, hebrew character, oak beauty, common quaker and dotted border; all as singles only. 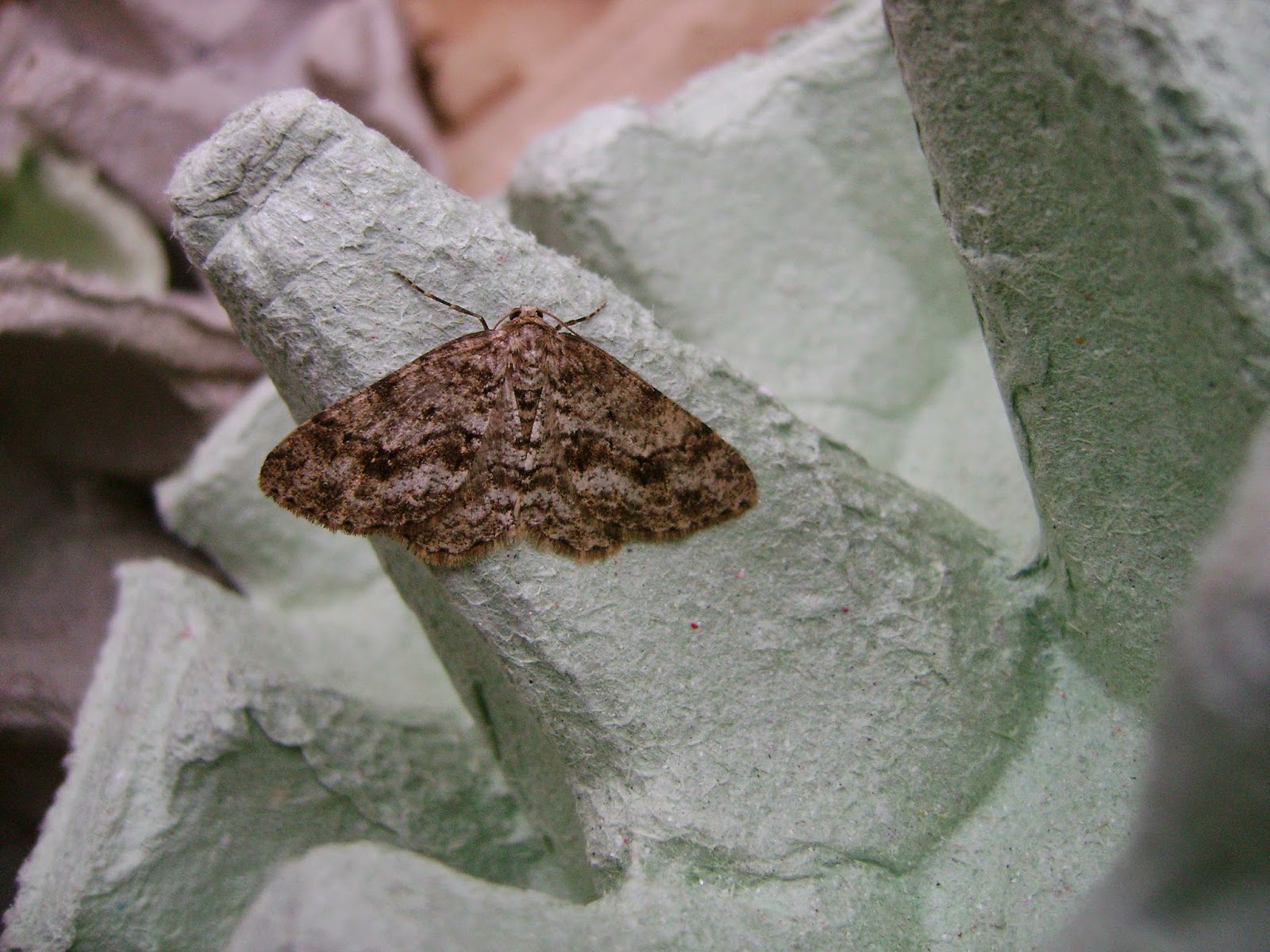 PS. As I put away the trap, I noticed two March moths and a brown house moth Hofmannophila pseudospretella on the other side of the trap, so eight species in total. 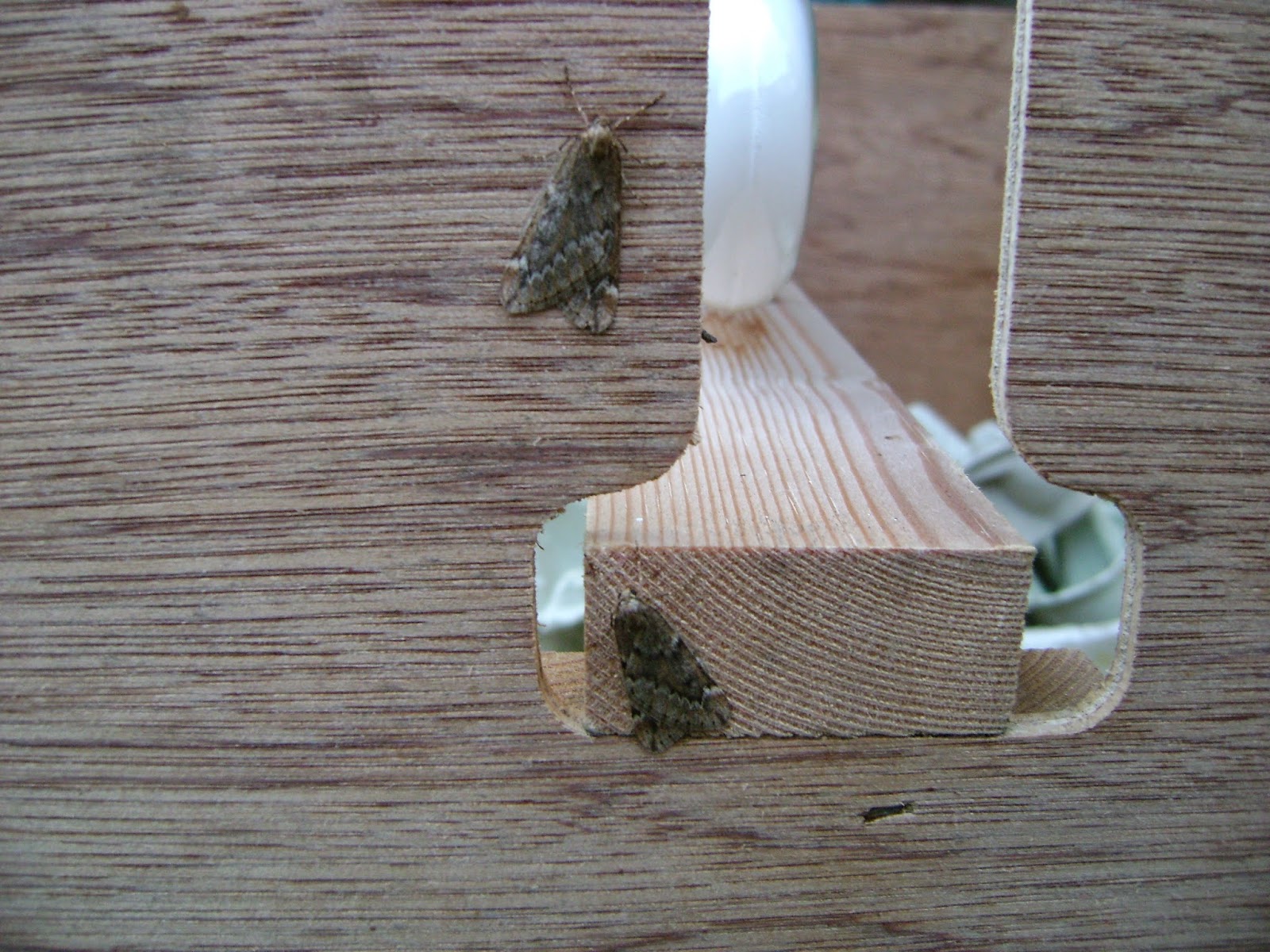 Above: a poor photo of the two March moths.

Yet another PS....I went to my immediate neighbours` house this morning and casually mentioned that I had moth-trapped last night. He then said, "have a look at all the moths on my wall" - and there were six March moths, an early grey, an engrailed, a Hebrew character and two dotted borders! He had erected a conservatory-type extension last summer and, due to a problem of flies entering the house in warm weather, had installed an actinic `insect zapper` inside. This only impacts on the relatively few that enter the house but, as it is permanently on, also attracts moths as the light is visible from outside. These probably include `my` moths and I`ll have get his permission to keep an eye on it in 2015!
Posted by Ian Morgan