Last night, I attended the AGM of the Llanelli Naturalists, after which Richard Pryce gave a very interesting talk on various field meetings and botanical highlights of the 2014 season. Among the mostly plant photos was a sprinkling of moths shots.
They were taken at two locations where the Llanelli Naturalists held field meetings in 2014 - Allt Nant y Ci, Saron SN610124 (near Ammanford, on 12th July), and a lovely, unimproved, species-rich farm in north Carmarthenshire - at Bryn-arau-gleision SN639434, when Richard visited on 14th July. 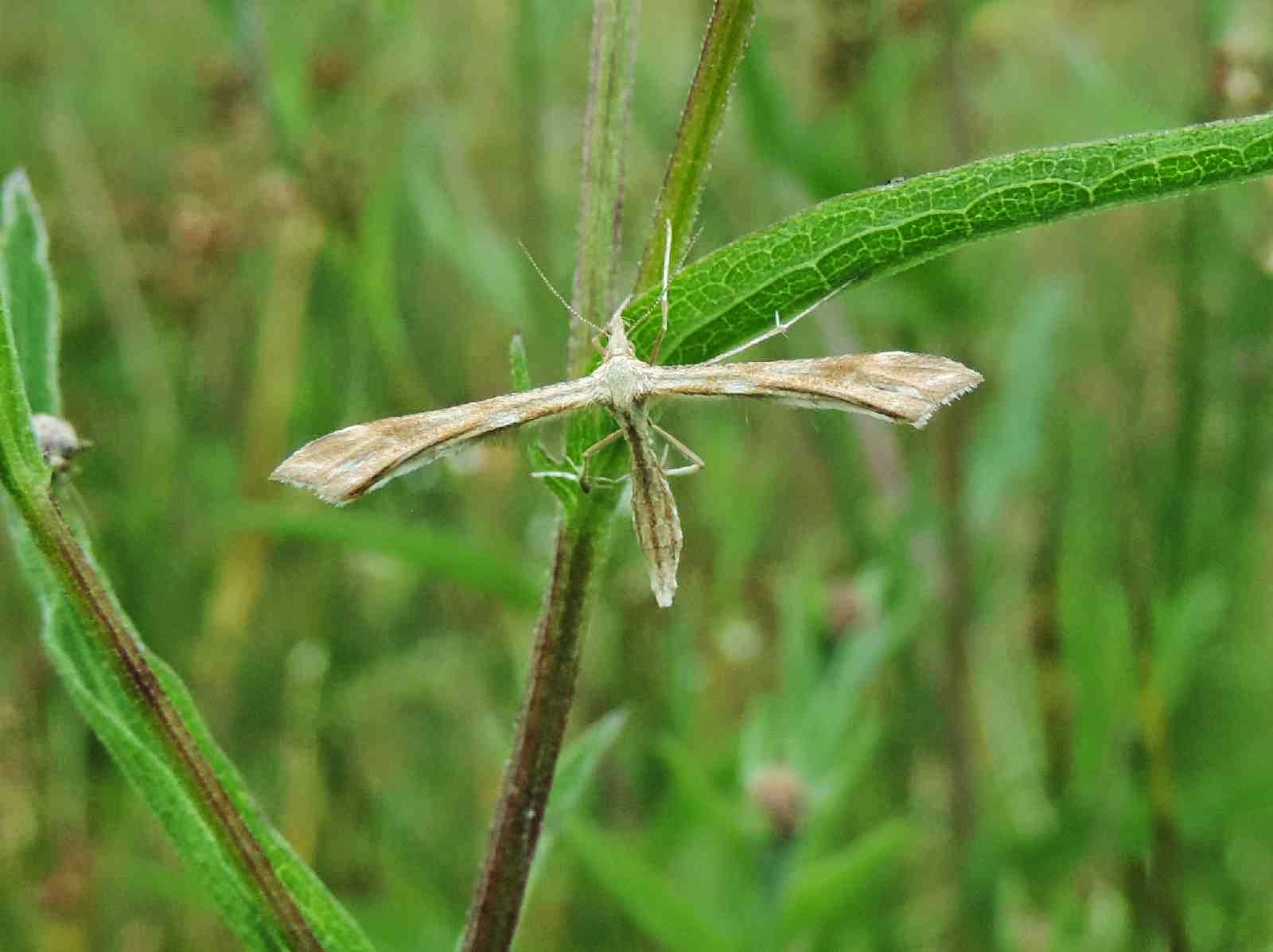 Above: at Allt Nant y Ci, near Saron. Photo: RD Pryce. Is this Platyptilia pallidactyla? 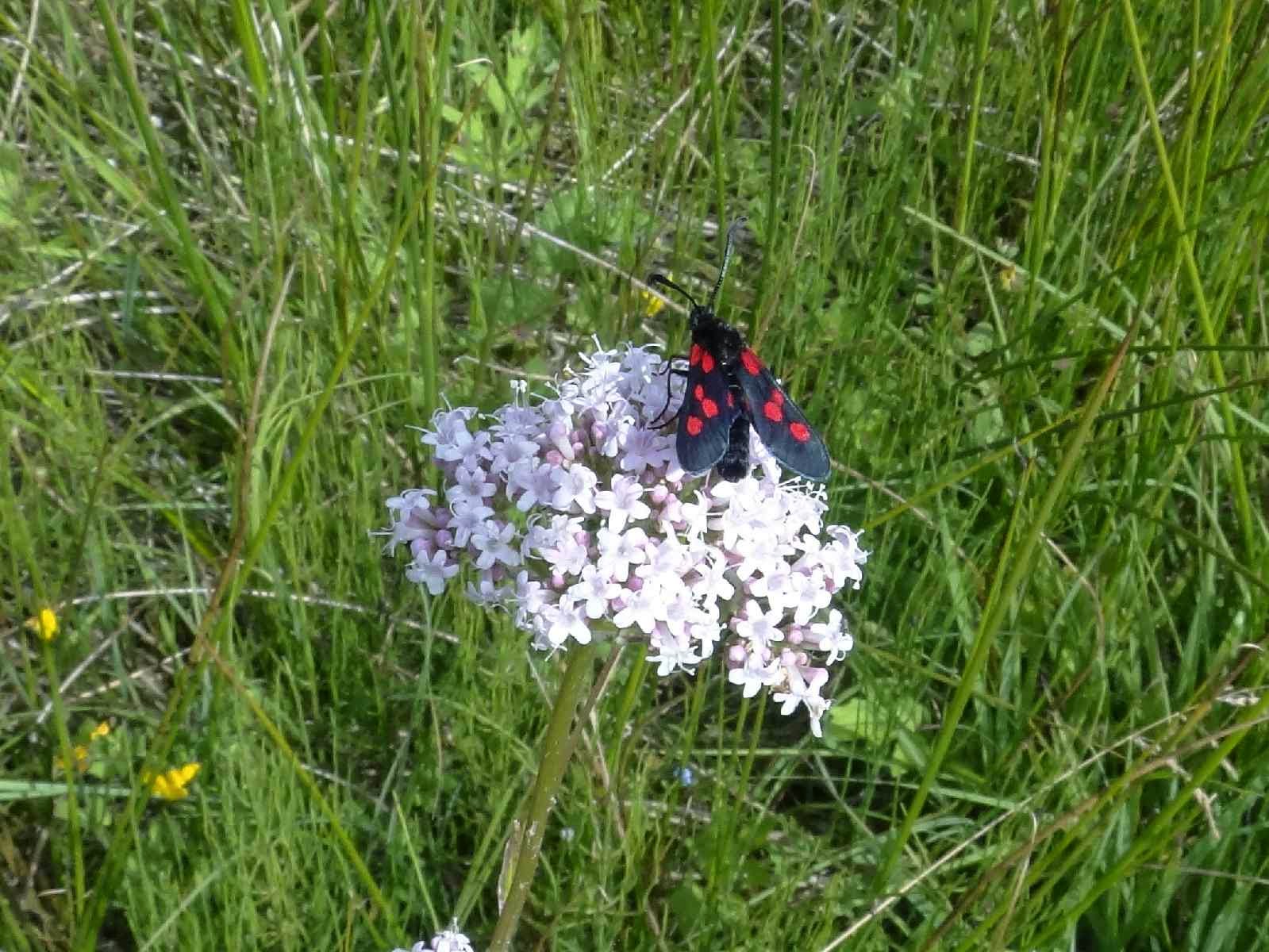 Above: five-spot burnet at Bryn-arau-gleision near Pumpsaint. Photo: RD Pryce 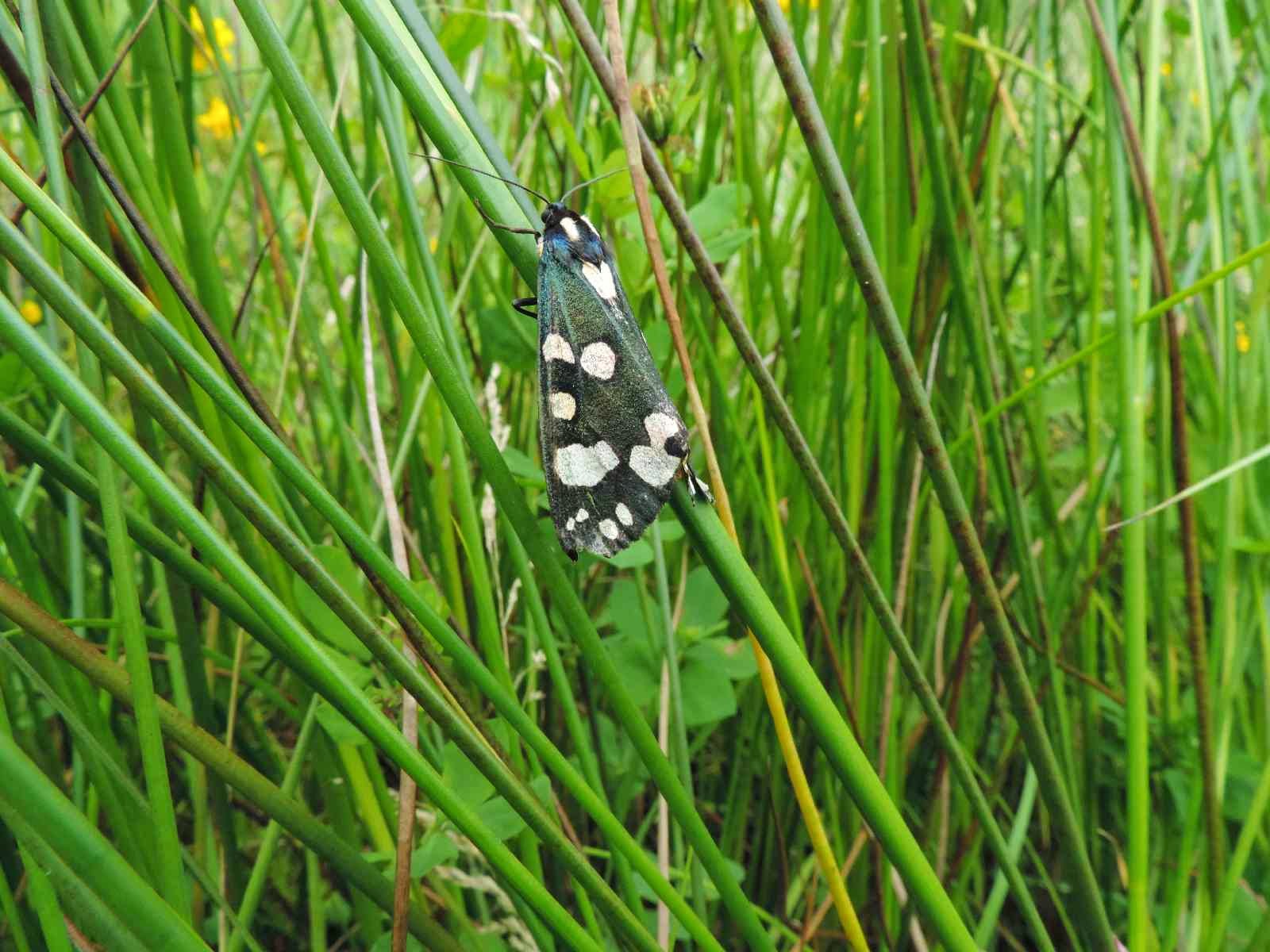 The above photographs make you think of summer - and look forward to the forthcoming season.
Posted by Ian Morgan