The local forecast for last night (14-15/2/15) changed from one of being completely cloudy to cloud and extended clear spells so, when awakening this morning and seeing the clear sky and frosted shed roof, I thought that I`d be reporting `zero moths`!
I was actually surprised to trap three species again. There were 3 dotted borders in the actinic, together with a `clear-cut` chestnut and, additionally, there was an early moth high on the wall near the flat-roof trap (not photographed). 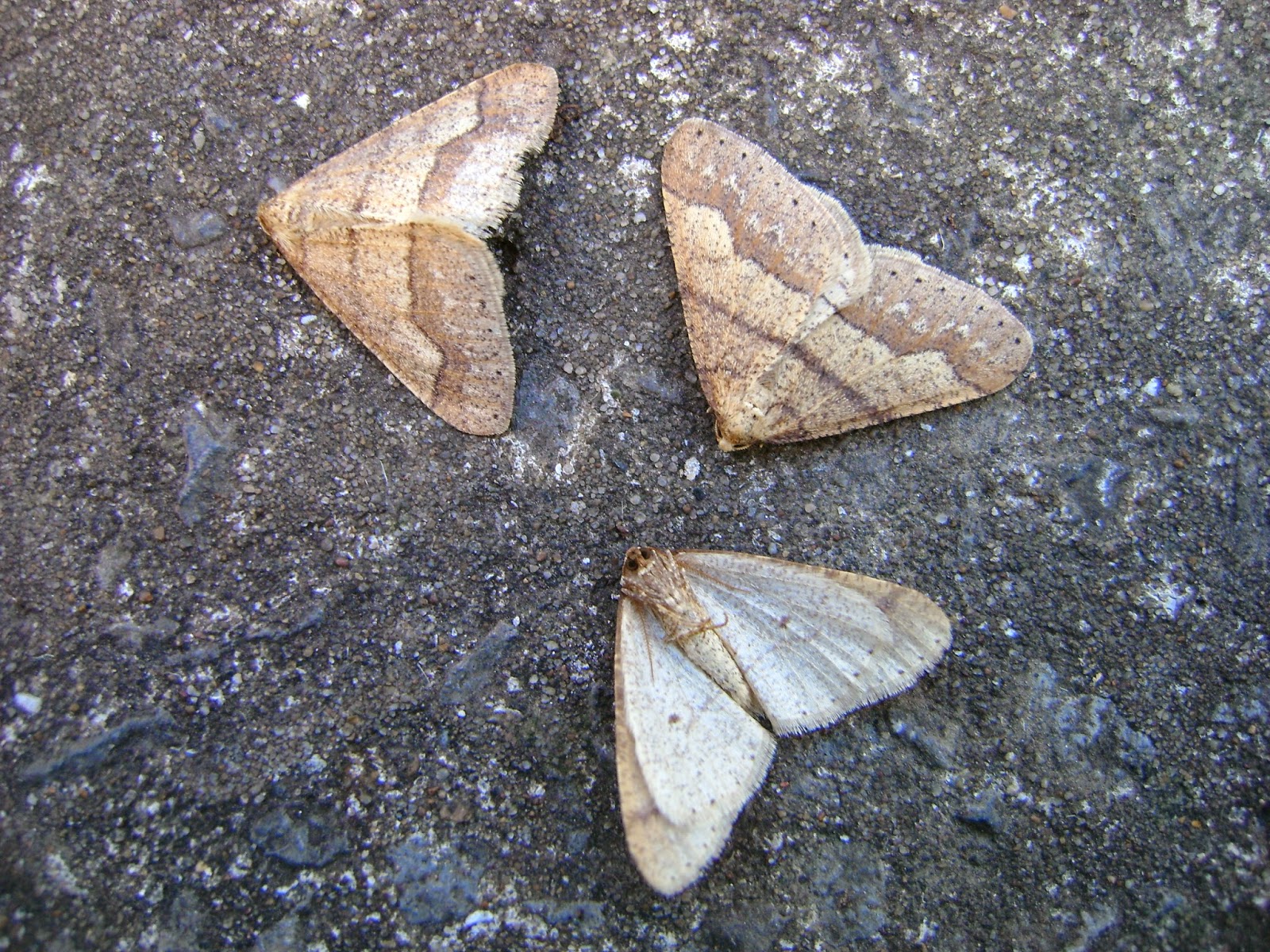 Above: three dotted borders, tipped out of the trap`s egg cartons. They were surprisingly docile, the bottom one quite relaxed lying on its back. I was almost tempted to give it a tickle! As we all know, certain other moths (eg certain pyralids and geometrids) are difficult to photograph, due to their restlessness (even after a spell in the fridge). 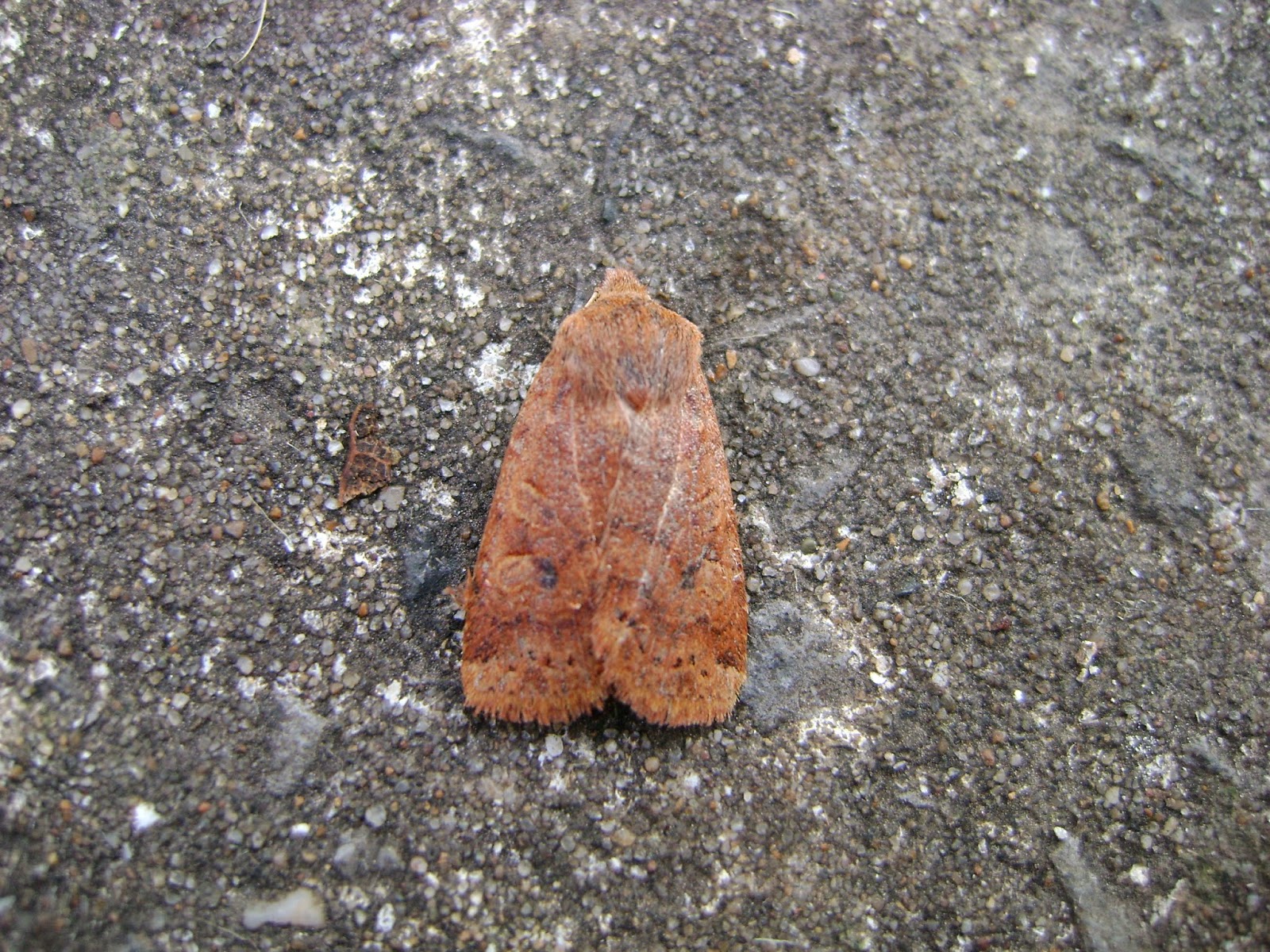 Looking at some other moth blogs (eg the Ceredigion one - do have a look!), you can see that a reasonable selection of moths -for the time of year - is now appearing. I note that one of their recorders has had a mottled grey - an `uplandish` species that I`ve not had, and perhaps a possibility for Steve Clarke and, perhaps, Steve Lucas?
Posted by Ian Morgan