Another `Old Fool` (with reference to Steve`s blog!)

Putting the rubbish bag out for collection about 6.00pm last night (11/2/15), I noticed that it was overcast, calm and relatively warm (compared to recent weeks) and the atavistic urge to trap, that had been dormant for three months, resulted in a sudden decision to put out the moth trap for the first time in 2015.
It was placed on the small extent of flat roof next to the kitchen. Occasional evening checks of the trap revealed `zero occupancy`, but two moths were on one of the adjacent cream-painted house walls.
One was quite close and was potted, but the other moth was some distance away and would have needed the undesirable necessity of walking on the flat roof to get it. However, it was well within `visual range` and with the aid of a torch I could easily see that it was a dotted border.
Checking the empty-looking moth trap (actinic) this morning, I was pleased to find a dark chestnut hiding behind an egg carton. 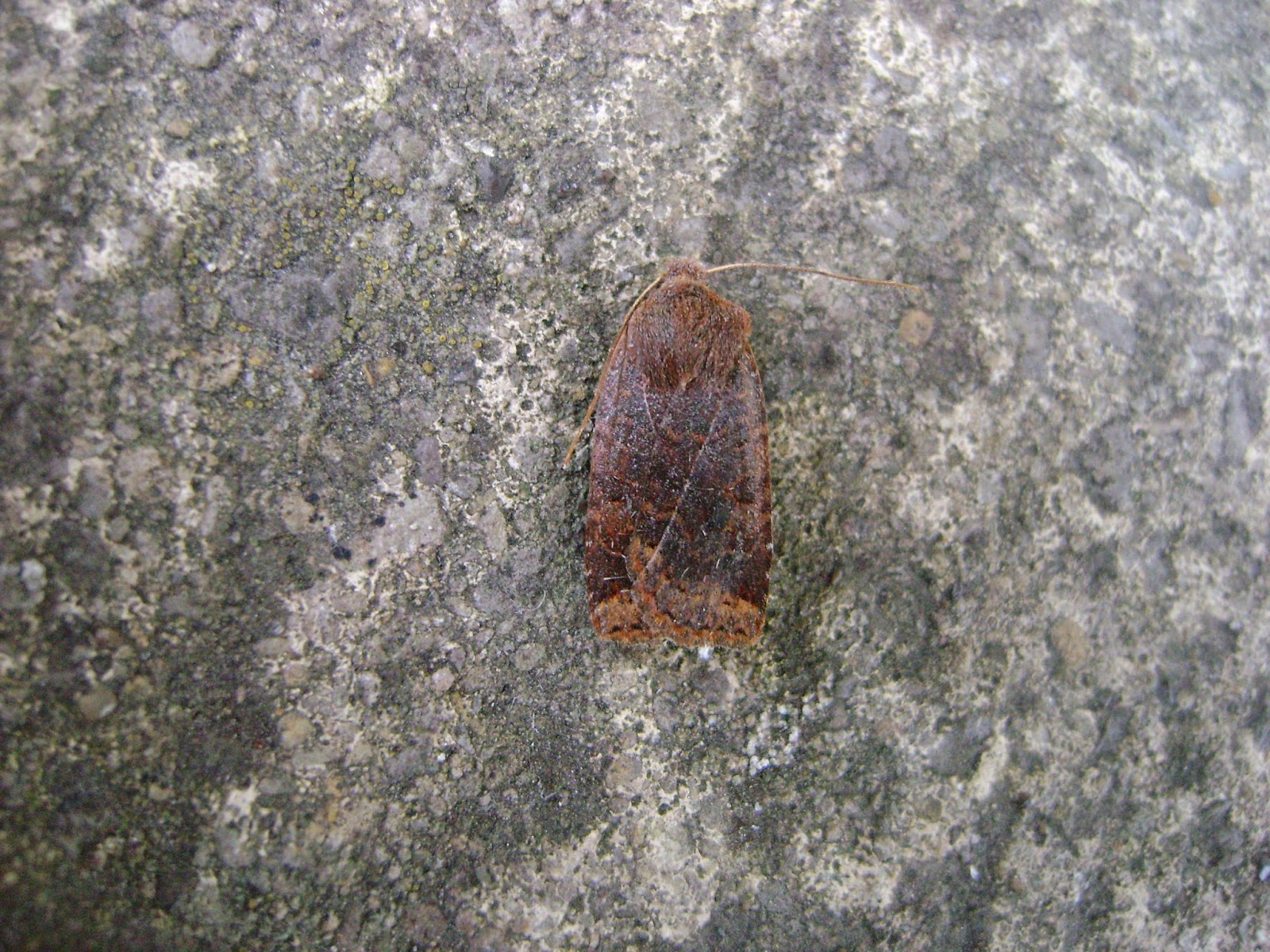 Above: dark chestnut - this individual caused some confusion - see discussion in the comments section below. Also see the useful note by Jon Baker in the Aug. 2006 Carmarthenshire Moth Group Newsl. on this pair of species). 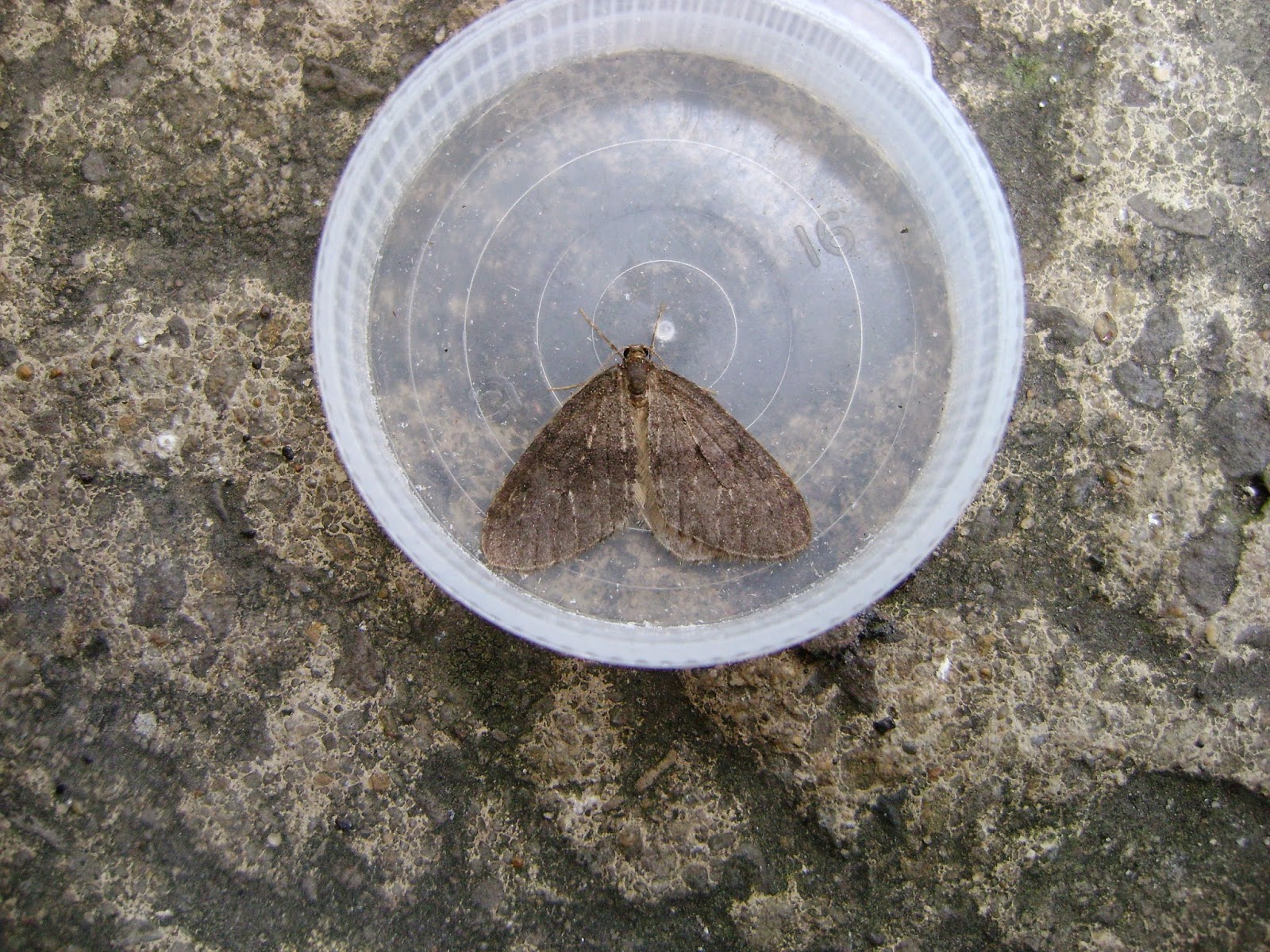 Above: a rather late-appearing winter moth. The smaller size, darker colour and the grey-white hind-wings suggests this species, rather than the northern winter moth.

So, three moth species - not much, but early trapping can help you get a more complete list of moths for your trapping site and may include species that would be missed were a later start made for your moth-trapping season.

Now is the time too, to start `swotting up` on your moths - looking at books (including new ones!), or perhaps going through our collective blogs for last year to see what can be expected, month-by-month. As well as an excellent new publication by Chris Manley (see my earlier blog) with lots of great micro photos, there is also some guidance by Sam in last year`s Carms moth blogs (and very recent helpful hints on the Ceredigion Moth Group website), so perhaps we can all do more work on micros in 2015.
Why not make a special effort on micros, and some daytime away-from-home moth recording, in 2015? Better still, also consider a new night-time trap site!
Posted by Ian Morgan