Not only was that little Johnny's favourite phrase (he's moved on a bit now he's 3), it's also something I rather like.  I found the most amazing concentration of Broom today whilst bryo recording in N Central Carms: east of the Waunfawr forestry at SN407343.  There were 10s of Broom bushes, which would be well worth beating for notable moths (Broom-tip or The Streak would be nice) in season, plus some great-looking heathland.  Maybe the adjacent farm would be amenable to some trapping by Sally or Chris.

Anyway, I had a look for mines and actually found some!  Broom often looks so manky it's hard to be sure what is a mine and what isn't but the egg at the start of the dark-looking Trifurcula immundella mine is a good giveaway.  This is only the 2nd Carms record, following an imago on Mynydd Ystaflau-carn this summer. 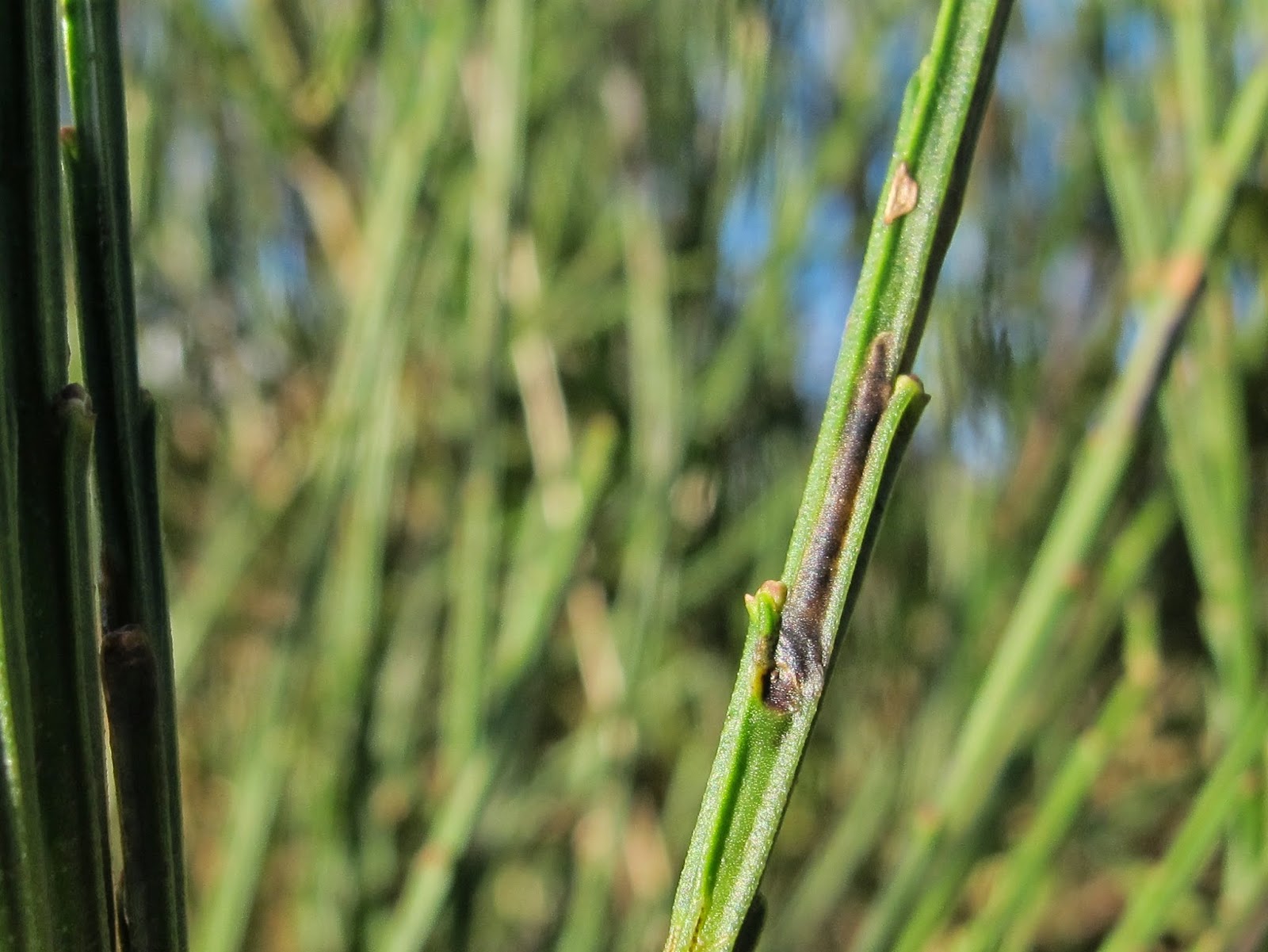 Much more obvious were abundant spinnings, with white silk binding thin twigs together.  I opened one and photographed the yellowish-brown larva.  It seems to be Agonopterix assimilella, which has 3 previous Carms records: Rhandirmwyn, Nantgwyn and Black Scar.  As well as looking similar to pics of larvae on-line, most other Broom micros are not larvae in December. 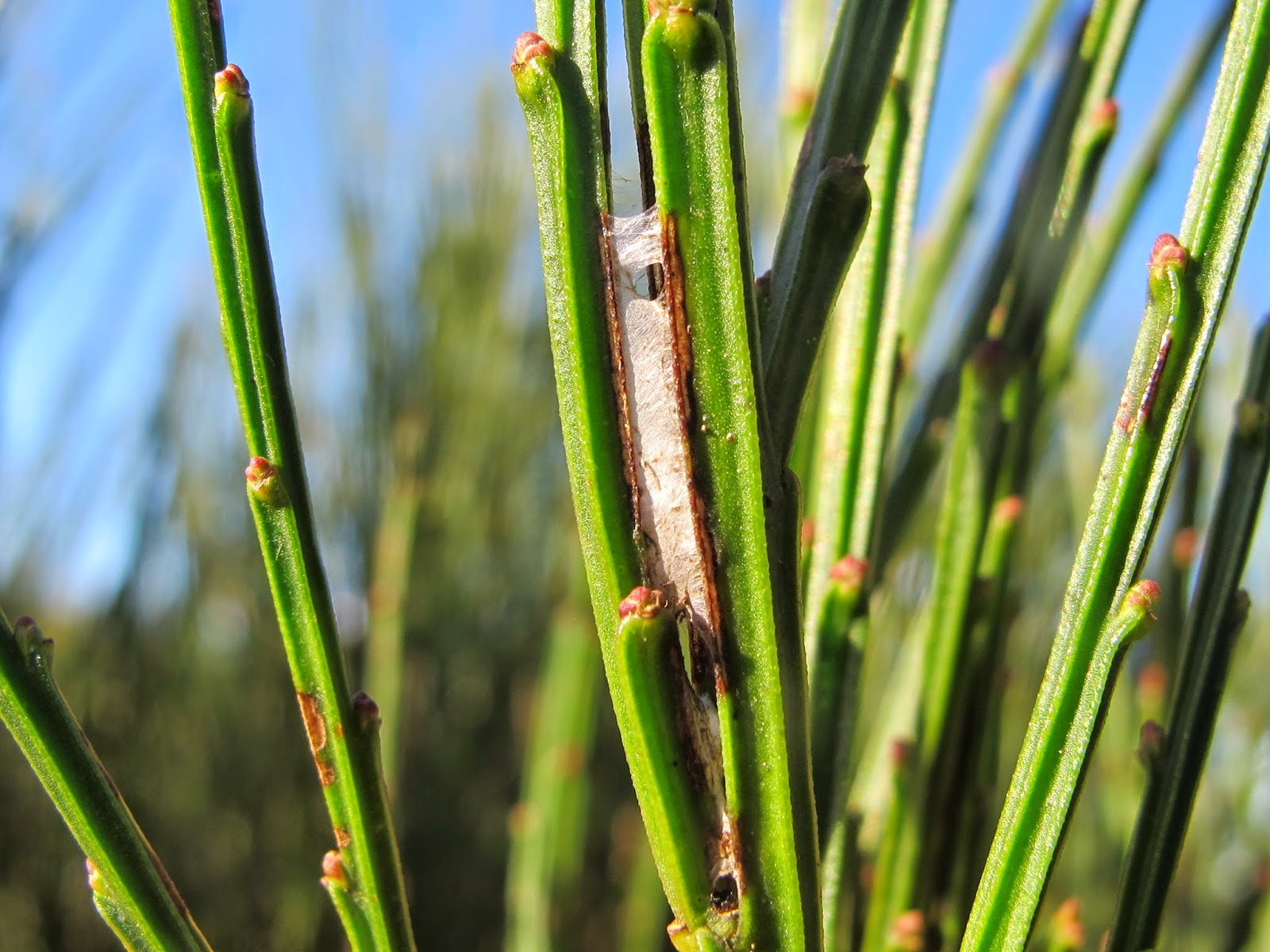 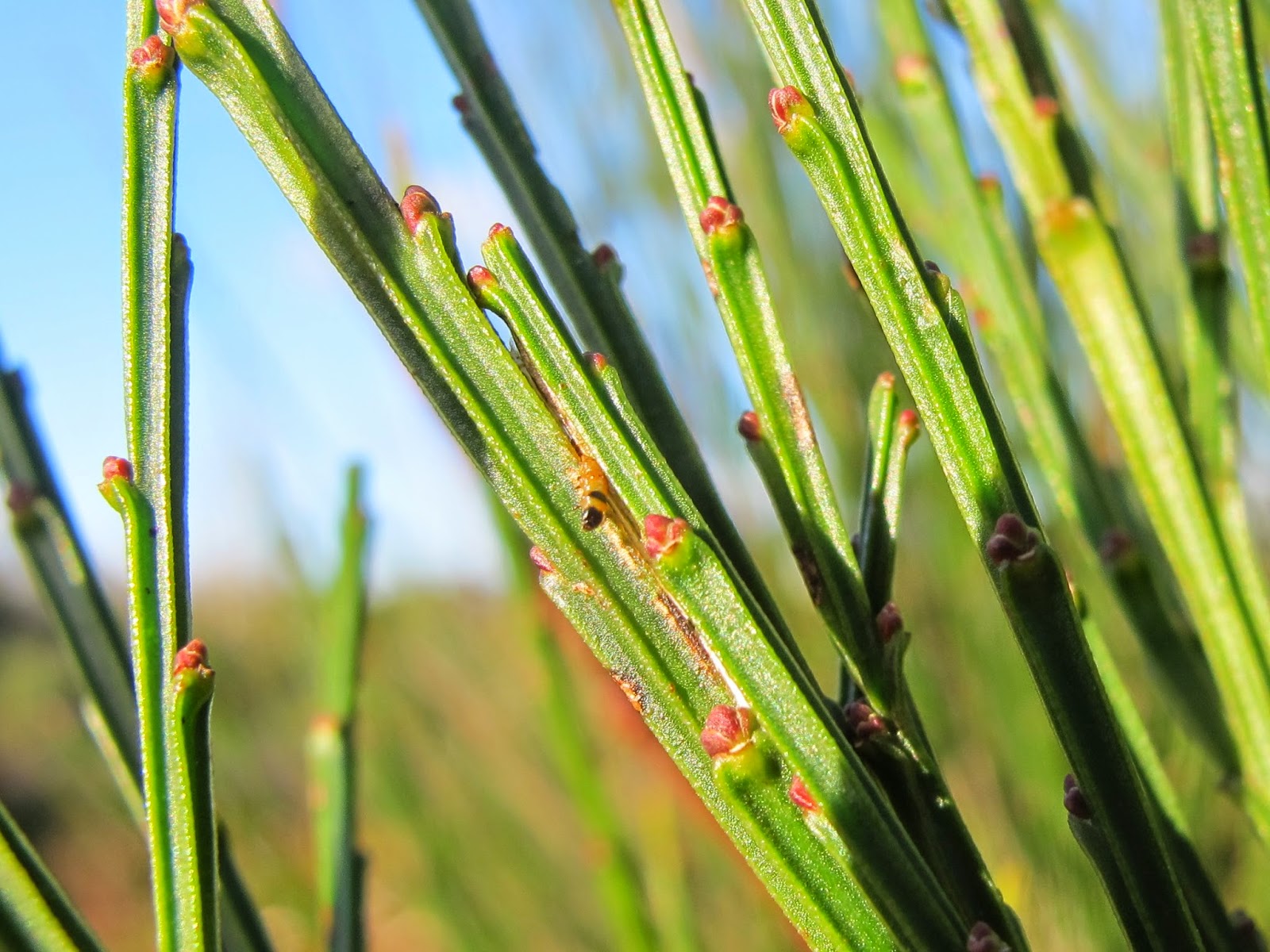 Nice to do some mothing for once!
Posted by sambbryo