I returned last night from a week in Sussex, just in time for a night of pouring rain and too late for the vitrealis/gilvata/Delicate-laden southerlies that have bathed S Wales.  All I managed last night was a single Udea ferrugalis at a window here at Cnwc, and another ferrugalis this morning at the toilet block in Pembrey Country Park.  Highlight at the toilet block lights was a Dark Chestnut - for which there were only 23 confirmed Carms records by 2013 - apparently new for Pembrey!  Both Painted Lady and Red Admiral were on the wing in the Country Park today while Bea and Johnny enjoyed the playground. 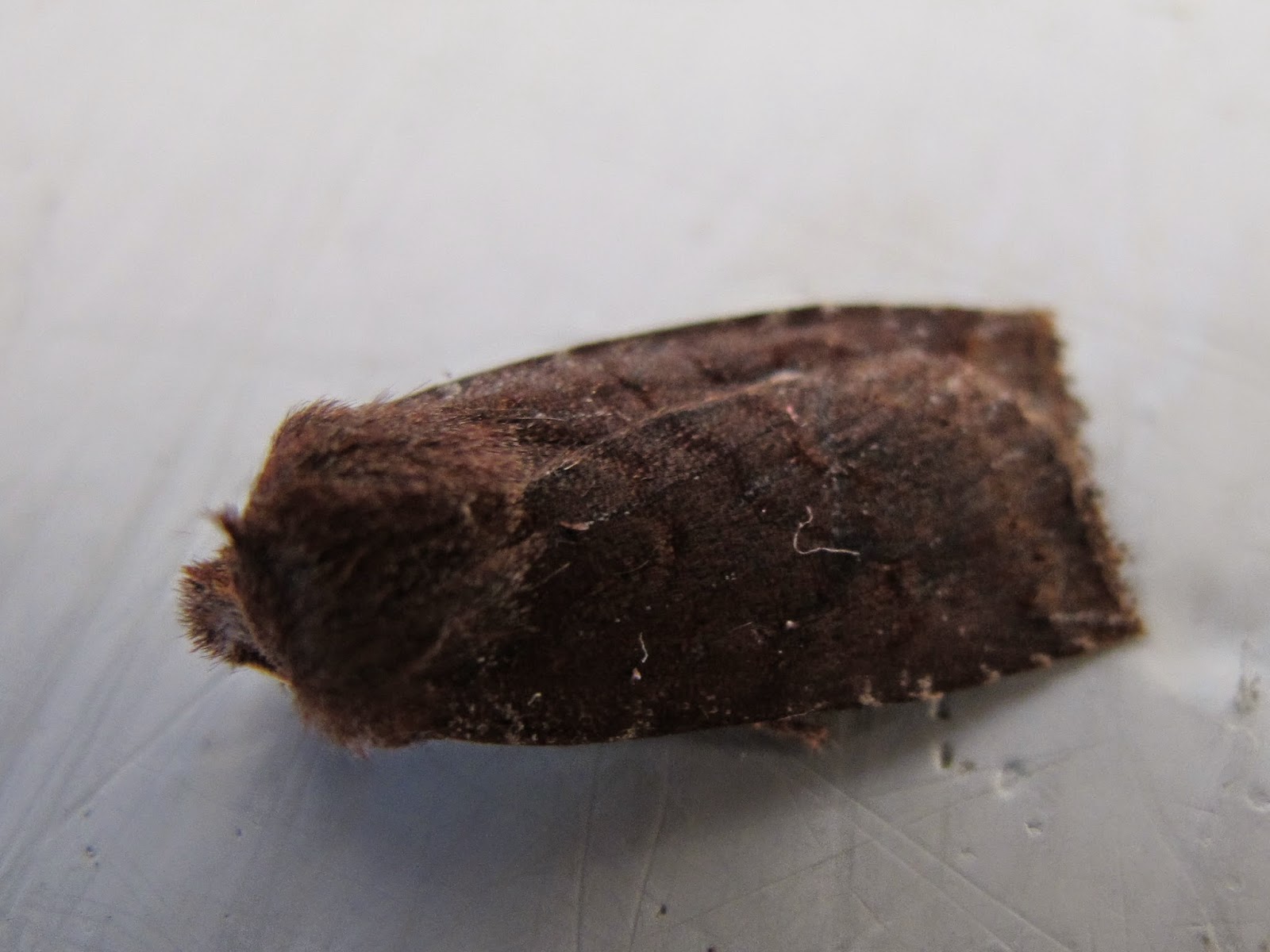 Dark Chestnut from Pembrey Country Park 2/11/2014: note the hooked wingtip as well as the very dark colour
Posted by sambbryo