Against stupidity - the Gods themselves - contend in vain. Isaac Asimov 1972.

Defying both good advice, as well as obvious common sense, I lit the blue touch paper on the MV trap again last night and was rewarded with one micro: Rusty Dot Pearl. And I'm well pleased with it, too, despite the fact that it has already been reported several times throughout the county. It's a somewhat late FFY, last seen at Cwmllwyd in 2011 and migrants have been as rare as hens' teeth up here this year - no Clouded Yellows, no Humming Bird Hawk-moths, two Dark Sword-grass and (almost unbelievably) only three Silver Ys! A very odd year, indeed. 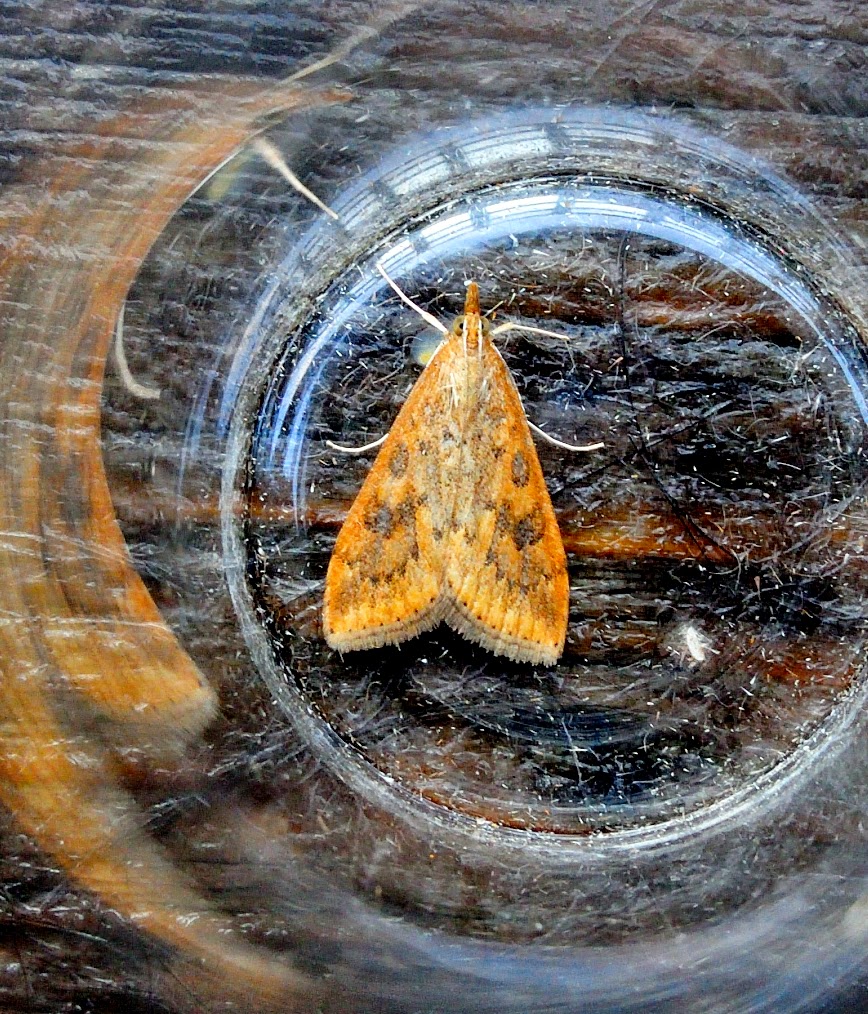