I set up the MV trap at 6:00 pm close to a couple of ivy clad ash pollards at Cwmllwyd, whereupon we suffered another of those sudden heavy showers. I finally switched the light on at about 7:00 pm, by which time several of the egg trays outside the trap were rather wet. I netted two moths as they approached the trap within the next hour - November Moth agg. and the third Brick of the year. I retreated to the house at 8:00 for my vital weekly fix of University Challenge and Only Connect, following which I netted one more moth shortly after 9:00 pm, 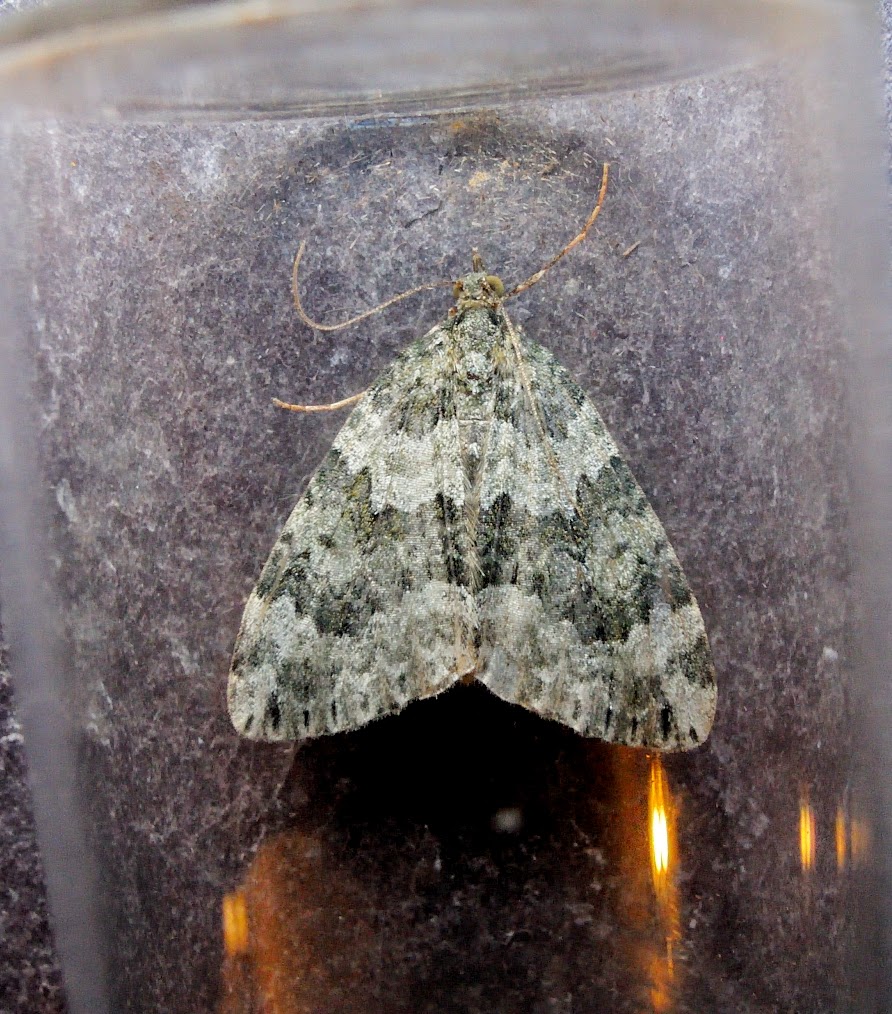 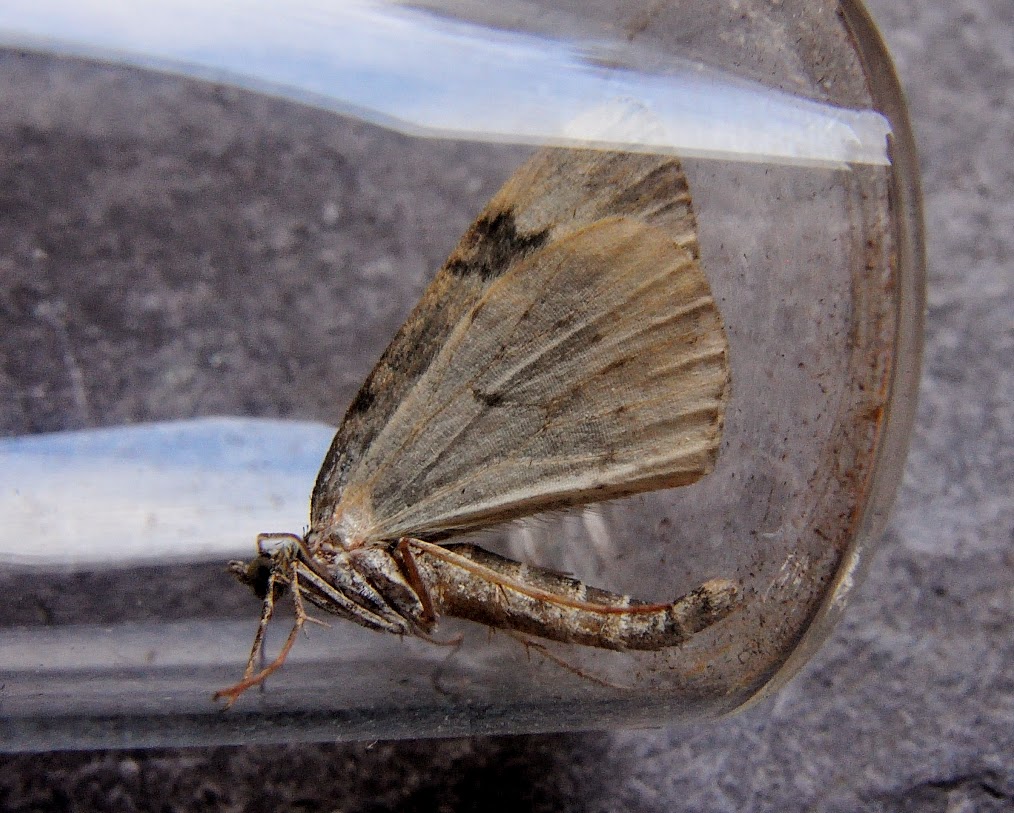 this was a rather faded and worn (right at the end of its flight period) Autumn Green Carpet. I've spent many fruitless hours trying for this Cwmllwyd target species through the wind and rain we've had throughout October, so I'm delighted that this has finally paid off! I guess that this one is a female that will overwinter here - there must, surely, be a breeding colony here, as we had several last autumn, too.

I couldn't see anything in the trap and by 10:00 pm the cloud had gone (beautiful starry night) and the temperature dropped several degrees. This morning, I found one micro in the trap; 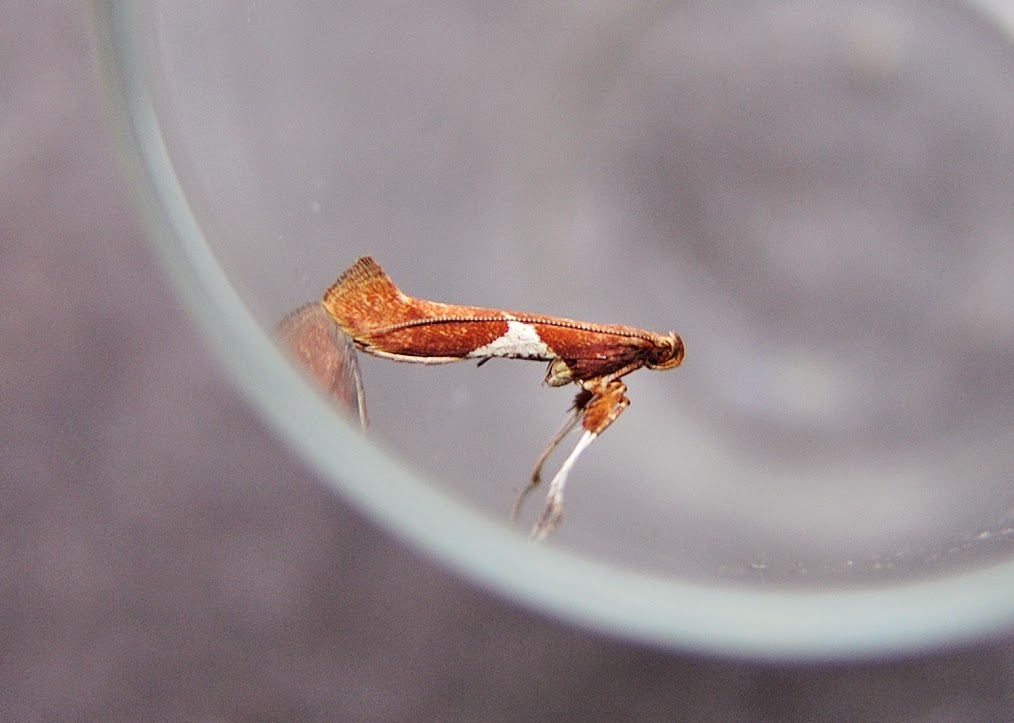 Caloptilia stigmatella - a first for the site and for me. I'm rather surprised I spotted this as it was still dark when I opened the trap at 6:15 this morning.

So, only four moths all night, but I'm over the moon this morning!
Posted by Steve Clarke