The migrants went somewhere else!

Perhaps like Ebenezer Scrooge looking greedily at his money, I had prophetic visions last night (18/10/14) of Palpita vitrealis, white-specks and more delicates, all lining up ready to jump into one of the three traps that I had set out in my Pwll garden. Reality soon fought back when I saw that there was an unexpected heavy shower at about 9.30pm and that the wind was stronger that I`d anticipated, but the showers then stopped for the night and, still hopeful, I went off to bed.
The three `home traps` (one MV, one 40V actinic and a small ?15V actinic) were inspected first thing in the morning, as soon as there was sufficient light at about 7.00am. The smaller actinic, placed right at the bottom of the garden, in a deliberately-chosen very sheltered spot next to woodland, had actually blown over and was mothless (except for a November moth agg.), the MV had only a very few moths that included a Blair`s shoulder-knot, whilst the third (strong) actinic, placed ready on the roof to welcome any migrant, had n`t blown down but only had a silver y, a few black rustics and a couple of common `odds-and-ends`! A big disappointment!
However, I also had put out two `away-from-home` actinics at nearby Cilymaenllwyd, one in a small but rather deep cwm and another about 100 yards away under some beeches. These two traps fared much better than my home traps, with my personal FFY chestnuts, merveille du jour, dark chestnut and feathered thorn (the latter also recorded in one of my garden traps) - in all, there was a modest 15 spp. in the two Cilymaenllwyd traps. Perhaps strangely, there were two migrants in the trap placed in the cwm - rusty-dot pearl and dark sword-grass. It seems that they too, appreciated the shelter last night. 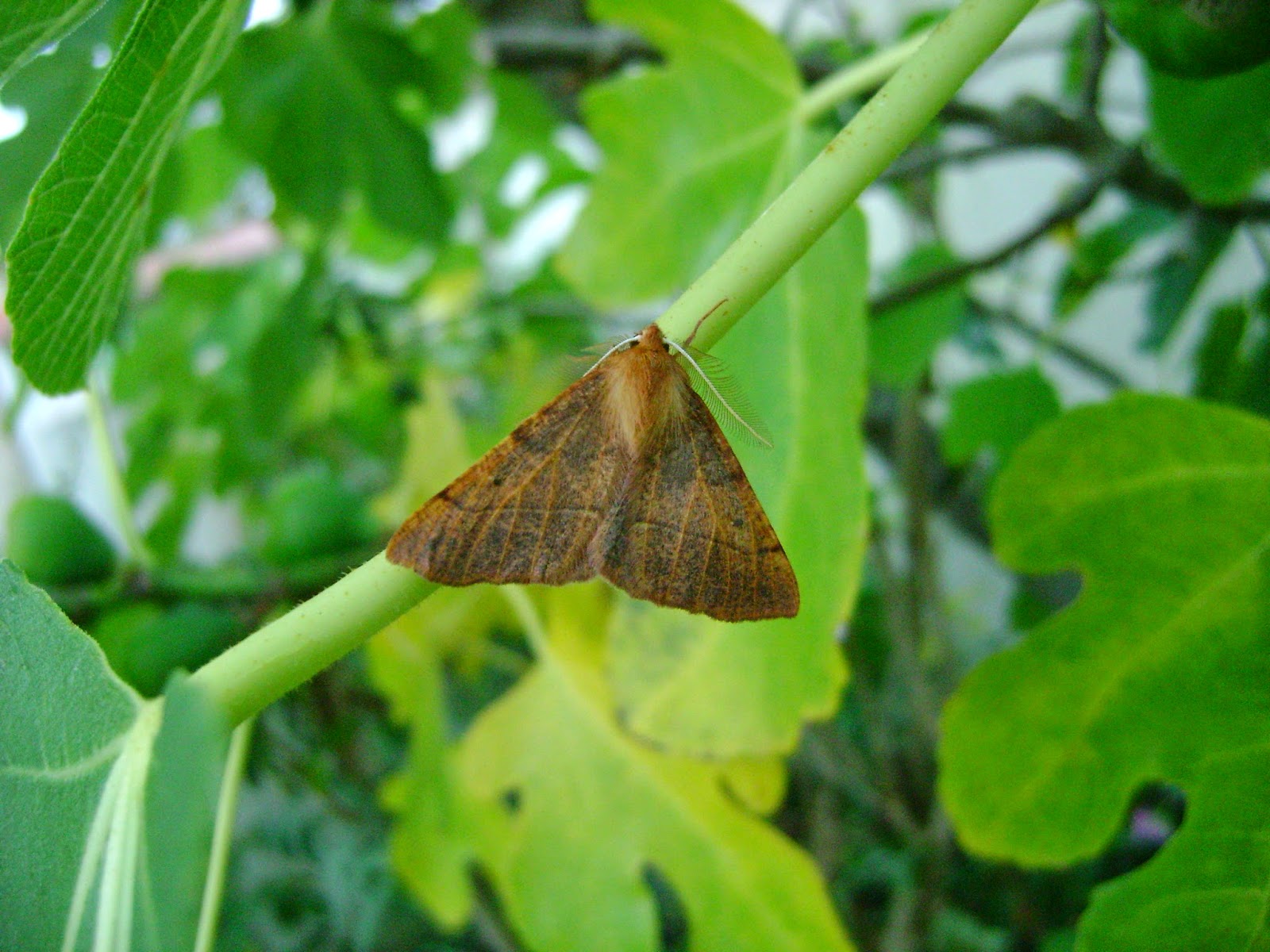 Above: feathered thorn, showing its `feathers` - the antennae...left click on the pic to enlarge. 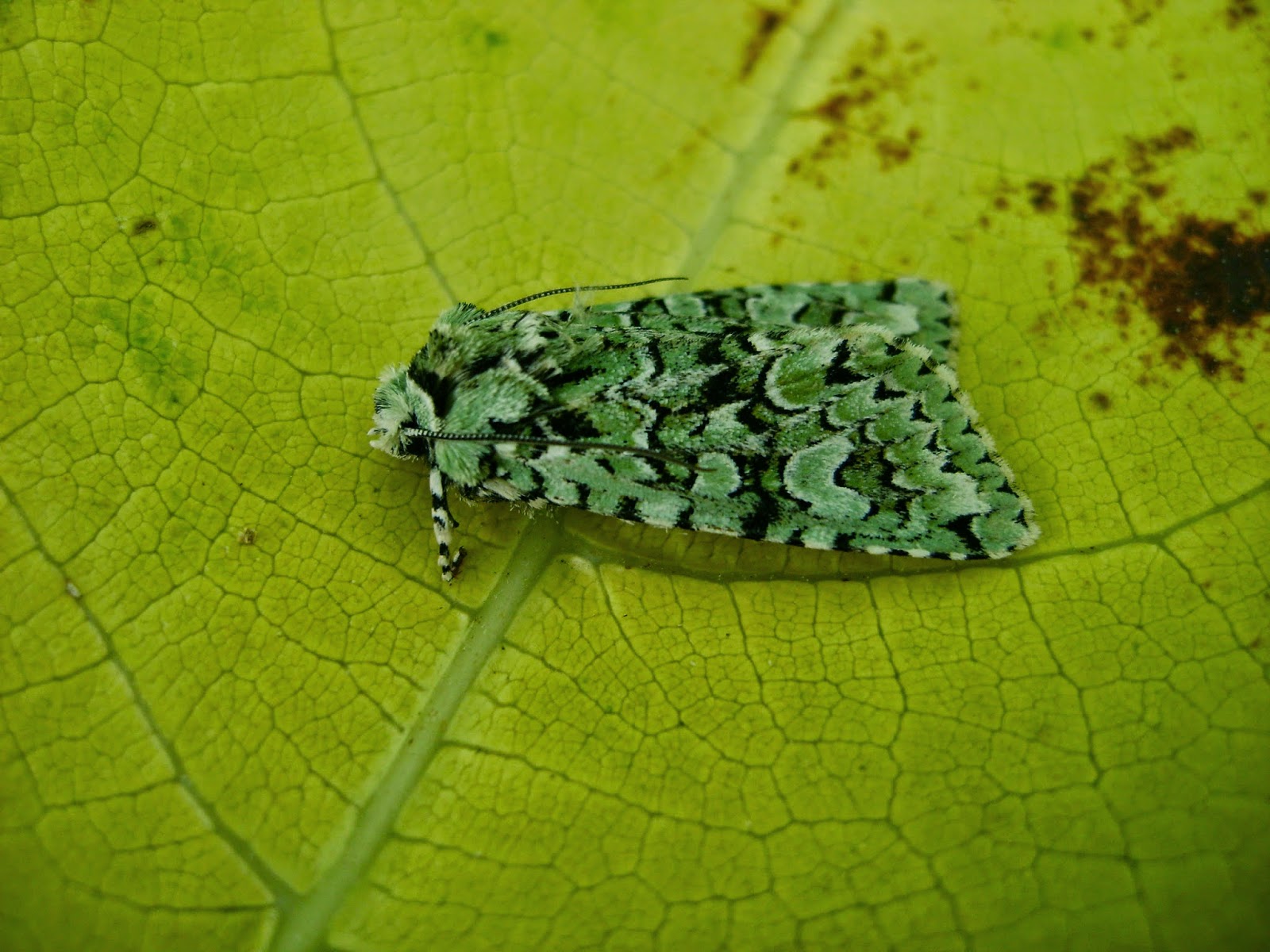 Above: the ever-photogenic merveille du jour. 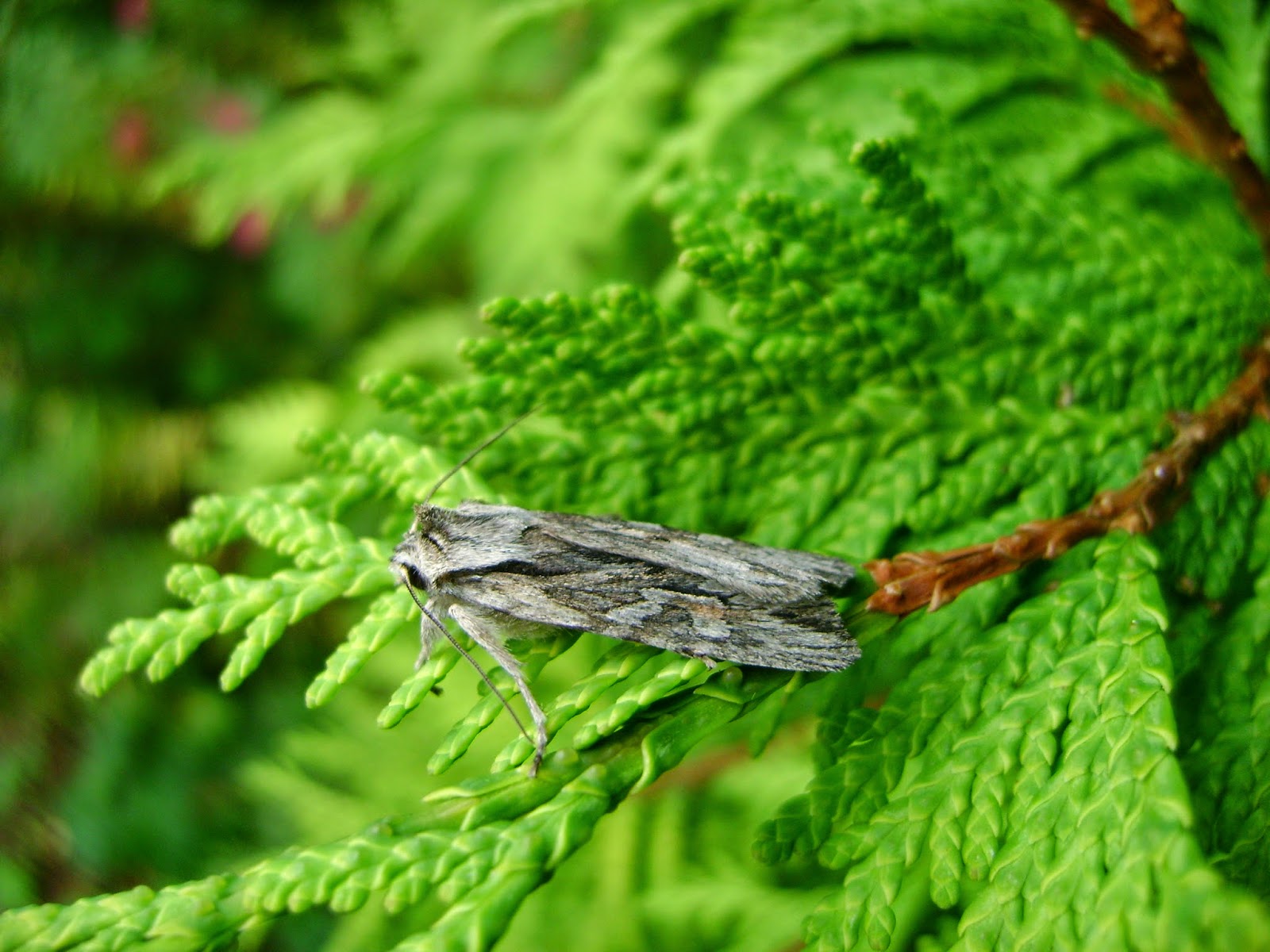 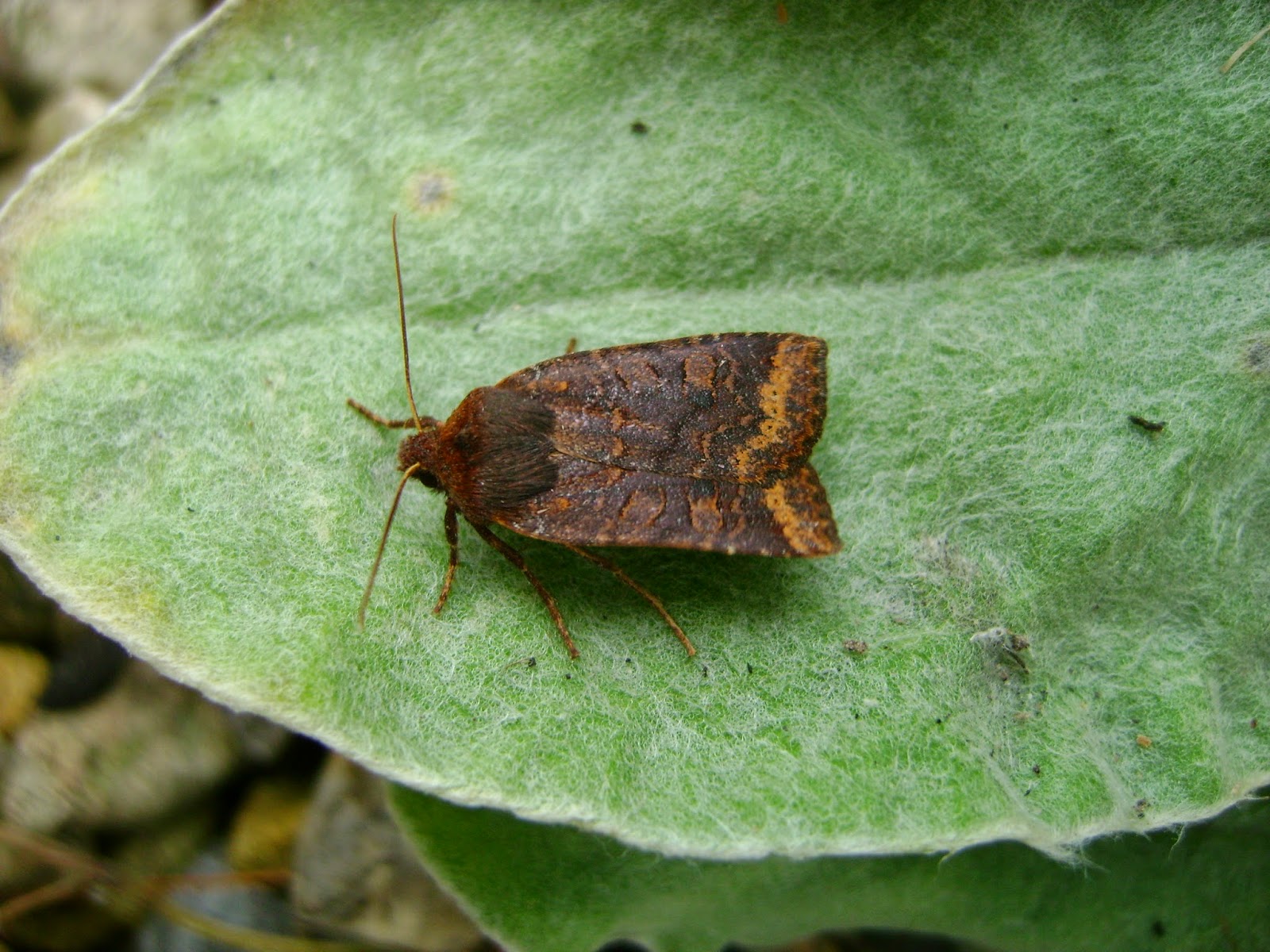